Spain’s defeat this week in the World Cup sees the World and European champions knocked out and booked onto an early flight home, in the biggest upset of the tournament so far. A team of erstwhile heroes and well-known names like Casillas, Alonso and Torres left the pitch last night looking dejected and hollow after their defeat to Chile. Spanish daily ‘Marca’ ran a headline titled, simply ‘The End’, as Spanish fans around the world come to terms with the fact that their glory days which have lasted since 2008, are over.

I am reminded of France’s early exit from the World Cup in 2002 when they were also world champions, having won the title in Paris only four years previously. Similarly, Italy crashed out early in 2010 after lifting the cup in Germany in 2006. How can heroes become zeroes in such a small amount of time? How can the golden days end so abruptly and cruelly? Perhaps the reason is that having created our idols we are then too unwilling to let go of them and allow a new generation to (try and) fill their shoes. Like a relationship which has run its course, we can’t seem to move on.

Perhaps Spain (and the other four previous world cup winners who went out early in subsequent tournaments) should have changed their squad earlier, let the big-names leave and brought some new talent in. The trouble is, that takes a lot of guts, and we are often more comfortable sticking with people we already know, especially when those people are famous, well-paid and have impressive CVs. We don’t just see this in football, but also in music, film, politics and business. The power of nostalgia and the desire to re-live the glory days is a powerful instinct, but not always a wise one.

In music, the list of people who perhaps should have made retired and moved on is rather long and rather sad. Consider Las Vegas-era Elvis: a former legend bloated and drugged-up, rehashing his hits and mumbling nonsense to fans who, back then, didn’t have the option of satisfying themselves by watching youtube clips of when he was good.  To the list of past-their-sell-by-date-performers you might also add Van Morrison, Black Sabbath, the Rolling Stones, or U2, depending on how unkind you’re feeling.

And the power of nostalgia and familiarity matters in the world of politics too. The successful image-rehabilitation of Bill Clinton comes to mind, as does Berlusconi’s election to Prime Minister of Italy on three separate occasions. Nostalgia is warm and fuzzy, familiarity is comforting, and comebacks (like the idea of a 35-year old Beckham playing at the 2010 World Cup) make a great story.

Sometime, of course, it doesn’t work out – people who we used to respect and love outstay their welcome, and it hurts. In UK politics, our unwritten constitution allows politicians to linger on until their relationship with the electorate moves from familiarity to contempt. Thatcher didn’t see that the political weather was moving against her, and was unceremoniously dumped by her party after three election wins. Tony Blair did see the change coming, and jumped ship early, sans tears. 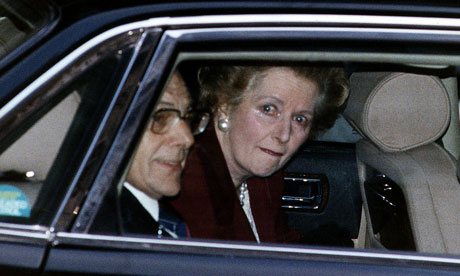 And I guess that’s the point. We either let go, or we face a bigger fall further down the line.

“But what if all the tranquility, all the comfort, all the contentment were now to come to a horrifying end?” – Kafka.

“It’s better to burn out than to fade away” – Neil Young.