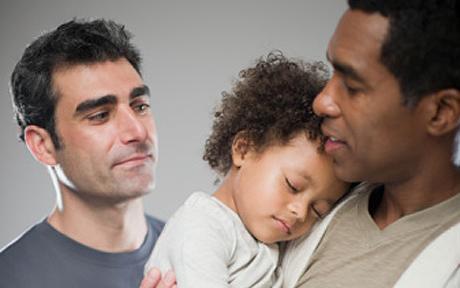 When I picked my friend’s nine year old daughter up from school last week the first thing she said to me was, “We had to do something really weird in class today.  The teacher paired all the girls with a boy and we had to be a married couple.” It turns out the teacher was having her students work on writing dialogue and since it was right before Valentine’s Day she thought it would be cute for them to write dialogue about love and marriage.

“Not all girls want to marry a boy.  It was so lame,” my friend’s daughter told me.  ‘Lame’ was not really the word that came to my mind; I was more thinking about heteronormativity and how it is reproduced through our social institutions.

My friend’s daughter might not understand the term ‘heteronormativity’ but she is quite aware that not all marriages take place between a man and a woman and there was something short-sighted in only pairing up boys and girls to represent married couples.   We live in New York, where gay marriage is legal.  She attends a progressive school in a liberal area.  One of her best friends has two moms and she has been exposed to a diversity of family arrangement.  Therefore, it is not surprising to me that she found the assignment odd.  In addition, she’s nine and romance in general is gross.

Within the academy it seems so easy to spot how heteronormativity, racism, classism, and other forms of inequality continue to be produced and reproduced in society.  We have read Peggy McIntosh’s “White Privilege: Unpacking the Invisible Knapsack” (1989).  Many of us have had our undergraduate students do the Power Shuffle exercise.  And we have heard countless students share painful and difficult experiences of their personal attempts to challenge the status quo.  Inside the ivory towers, especially in disciplines like sociology and gender studies, there is often a safe space to highlight, discuss, and question how institutions reproduce normative behaviors even if they are discriminatory.

Like many individuals living in academia, my social circle is not representative of the larger world.  Even so, my mother thought the dialogue exercise was endearing.  My sister, an elementary school teacher, told me about dozens of similar exercises where young children were taught math, grammar, spelling, and science while also being socialized to see heterosexual romantic pairs as normative.  And my friend, the girl’s mother, agreed that there was something limiting about the exercise but told me she would not have been completely comfortable if the teacher had paired girls with girls and boys with boys and told them to write out romantic dialogue.

At first I felt defeated.  How can we ever create an egalitarian society when inequality is so deeply embedded in our cultural institutions?  Then I felt motivated.  I would focus more on exposing spot how heteronormativity, racism, classism, and other forms of inequality continue to be produced and reproduced in my work, my teaching, and my interaction with other people.  Finally, I felt hopeful.  My friend’s daughter told me the dialogue exercise was ‘weird.’  She did not say it was ‘gross’ or ‘embarrassing.’ It was weird.  And it was weird because she knew that heterosexual marriage was not the only kind of marriage.  She knew that family was not necessarily a nuclear family.  The world is changing.  I could never have imagined an alternative to heterosexual marriage as a fourth grade student but today there are nine year olds who do and that inspires me.