Nature AND Nurture: Undermining Inequalities with Sociology and Biology 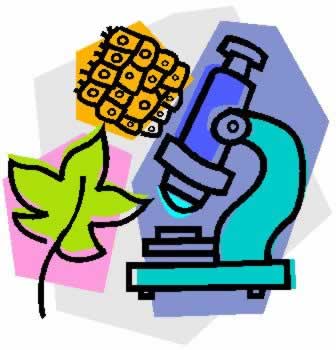 In the most recent issue of Sociology Compass, Lisa Wade contributed an article, “The New Science of Sex Difference,” about the relationship between biology and social identities and inequalities. The debate about socialization usually boils down to two seemingly opposed positions: nature versus nurture. Historically, biologists, and other fans of the life sciences, contended that natural forces in the body, like hormones, genes, and brains, determine the development of an individual. On the other hand, sociologists refute the claim that human behavior and identity can be reduced to biological phenomena; instead, our social environment, and how we are nurtured within that environment, constrain and enable our actions, life outcomes, and sense of self.

Yet, Wade cautions against this false dichotomy. Many biologists and sociologists now recognize the importance of social structures and experiences on the actual fabric of the body. That is, the issue should not be nature versus nature, but instead both nature and nurture. Wade points to numerous scientific and sociological studies that begin to bridge the gap between two previously polarized sides: these scholars show how our hormones, our brains, and even our genes are structured, and at times restructured, by our social experiences and encounters.

Wade’s ultimate (and important) point is that this type of interdisciplinary work has the potential to undermine inequalities. Though biology historically has been mobilized to justify social inequality (craniometry, for example, was used as “evidence” of the superiority of the white, and male, brain), we might think about adopting a sociological and biological approach to level the playing field. If biology can be mobilized to create inequality, perhaps it can be used to undermine it. This brings me back to my last sociology lens post on women and STEM (science, technology, engineering, and mathematics) careers.

Two weeks ago, I posted about the barriers for women entering STEM fields. Relying on the American Association of University Women’s report about the hard transition into STEM majors for female college students, I promoted programs targeted at high school-aged young women that would get them interested in this type of career. But, Wade’s article has prompted me to think about other types of interventions that might involve both biological and social components.

For example, that same AAUW report found some differences in cognitive abilities, particularly spatial skills, between boys/men and girls/women. While it would be easy to chalk these differences up to innate ability, the AAUW researchers instead posit socialization and gendered toys as some of the reasons for the cognitive differences. Boys are encouraged to play with LEGOs and other toys that develop spatial abilities from a young age. As they age, boys are more likely to feel confident when using these spatial skills; girls, on the other hand, feel discouraged. This translates into very real differences in career choice.

Taking this finding and Wade’s article seriously, I think we need to develop interventions that target the cognitive skills (for example, see this innovative LEGO-spinoff, Goldie Blocks, that combines reading and building). In order to encourage women to enter STEM fields, we need to arm them with the cognitive skills necessary for interest and success in a STEM field. Here, we see the potential of using both sociology and biology to solve a social problem and undermine a social inequality.

Wade’s article is a reminder and a caution to sociologists: we should not discount what biology has to offer, but instead embrace the intersections of our disciplines. I will take away from Wade’s article a more critical perspective on my work, and I hope others do, too.