Everyday Deviancy and the Web 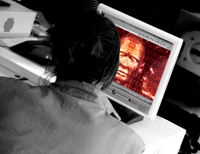 Since the credit crunch of 2008, and the global financial crisis swept around the world, a new rogue’s gallery of folk devils have been the focus of media opprobrium. The British Prime Minister, David Cameron, has ceased to talk about ‘Broken Britain’, how everyone is ‘in it together’ and of the laissez-faire, small government ideology epitomised by the ‘big society’. Perhaps this is because the discourse sounds too hypocritical even for a politician to espouse. As jobs are lost, wages decline and the cost of living rises, the media has found a new set of folk devils to vilify, and the public to boo and hiss at. These include tax dodging millionaires, bankers engaging in a casino of shady deals and rigging interest rates, politicians fiddling expenses and associating with people involved in a criminal conspiracy of hacking phones to get the jump on other media rivals.  Even the summer riots in 2011 in the UK could only hold the headlines for a short while before the media engaged in a form of self-cannibalisation with the Leveson Inquiry into the ethics of the print media. It is no wonder; therefore, that deviancy is once again emerging as an important theory to consider within criminology after a period of disregard. This is evident with the re-emergence of the York Deviancy Conference in 2011 and the continued development of cultural criminology (Ferrell, Hayward and Young 2009). However, set between the polar extremes of the usual folk devils of feral kids and the corruption of the powerful elite is a forgotten group. What about people engaged in online deviant behaviours – everyday actions which are too nuanced and accepted to be deemed criminal, such as downloading or purchasing items that are outside of regulation or counterfeit, like medicine? Analysing such behaviours through a deviant lens can make transparent that which the Web renders opaque and shift our attention to the way that the Web has helped create novel forms of deviancy.

Jewkes and Yar have stated that one of the most perplexing aspects of contemporary empirical criminology is that it has been slow to engage with online crime and that this issue has been inadequately addressed and requires theoretical consideration. “Criminologists are still struggling to incorporate the online world into traditional ways of thinking and theorizing” (Jewkes and Yar). The attention that is afforded to the Web tends to focus on crimes such as hacking, intellectual property and fraud for example, with the non- fiscal profiting activities overlooked. What about the more routine and mundane – the illegitimate rather than the illegal? For example Wall observed that when cybercrime cases go to court they often have the familiar ring of the traditional to them.

Wall has discussed how the Web has created new opportunities for criminal activity . Three key elements are evident – the emergence of the Internet society, the transformative impacts on criminal behaviour, and the ways in which these impacts have helped to create conduits for criminal action. Castells claimed that the information age has altered relationships of power, production and consumption. The Internet has increased change and emphasized the idiosyncrasies of late modernity, specifically the ‘discontinuities’ highlighted by Giddens  that isolate modern and traditional social orders. Criminal behaviour has arguably altered due to the assumption that behaviour online is anonymous and cannot be tracked. However, whilst it is true that individuals can use false identities online – as they can also do offline –an often neglected characteristic about networked technologies is that every move online can be tracked with a data trail left behind (Wall, 2008). Such assumptions can be misinterpreted as encouragement to corrupt otherwise law-abiding citizens, who go on a ‘moral holiday’when using the Web.

Hayward  in his article ‘Five spaces of Cultural Criminology’ reiterates the focus on explaining the specific forms of online crime such as hacking, scamming, ID theft, and developing ways to combat it via regulation, Internet law, policing, computer forensics etc., although he also suggests that an understanding of the Web space would help to explain how “human beings use and abuse it.”  Again pointing to cybercultures literature  concerned with the Web and identity by scholars such as Turkle and Castells , who proclaim that identity and social processes are intertwined with technology and individuals are able to have shifting/ multiple personas online. There is the suggestion that the Web may be a conduit for deviant behaviour via the supposed anonymity it provides. Allowing users to transform their identity or have their misdemeanour made virtually invisible to the offline world.

The reality of deviancy is potentially less criminal and more morally suspect. Contemporary society ensures that deviancy rather than crime, and culture are intertwined as they are co-dependent on one another in the pursuit of desired outcomes. In attempting to understand emerging online cultures the reawakening of deviancy may provide a useful insight for explaining web phenomena.