Into the Woods to Grandmother’s House: Justifying Plot Twists through Heteronormativity 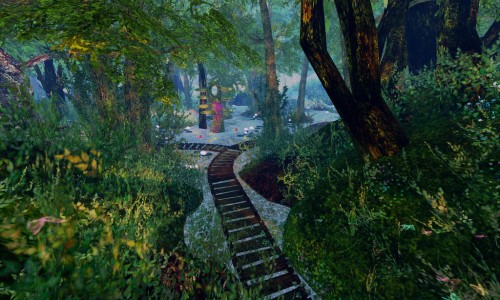 On Christmas, my family decided to spend some time at the movies watching the newly released movie Into the Woods, a movie rendition of Stephen Sondheim’s infamous operetta/musical by the same name.  The musical begins with an original story involving a childless baker and his wife and their quest to begin a family, though cursed by a witch for stealing magic beans from her garden. The show intertwines the plots of several fairy tales by Brothers Grimm  such as Little Red Riding Hood, Jack and the Beanstalk, Cinderella, and Rapunzel, among others and follows them to explore the consequences of the characters’ wishes and quests: a classic “Be careful what you wish for” story.

Now, while I typically enjoy musicals as I grew up a kid on the stage myself, I couldn’t help but think sociologically about various plot twists and how certain unfortunate circumstances were justified and rectified through rules of heteronormativity and, arguably, homonationalism.  Granted, previous research has discussed almost ad nauseum about the heteronormativity of Disney movies, I was shocked at how theatre, a common place for queering and challenging concepts of reality and normality, still abided by heteronormative and homonormative rules.

**Please note: there are movie “spoilers” in this post.

While I am positive that there are many critiques and other interpretations of Into the Woods online, I doubt that many, if any, really discuss the theoretical underpinnings of what is going on. This is by no means a comprehensive list or interpretation of every scene in the movie, here I focus on one character- the baker’s wife.

In the story, she longed to have a child, but was cursed by the witch as a result of her father-in-law’s actions. Here, she is portrayed as a victim of her circumstances, as all she desires is to fulfil her “womanly” role as a mother. The witch offers her a solution to her wishes, to bear a child, as long as she completes a task that requires collecting a white cow, golden shoe, blonde hair, and a red cape. Through the first half of the movie, therefore,  she attempts to help her husband, the baker, in his quest to gather items for the witch to lift her curse. How these are collected, however, would arguably be questionable ethically, as she cheats and lies to Jack (of the Beanstalk) by trading his cow for 5 beans (which she did not know were magic) and cons Rapunzel in letting down her hair by impersonating Prince Charming. By fairy tale and morality standards, the manner in which she attempts to obtain these items is not “womanly,” but her actions are made comical and even justified by her overall goal to have a child. In a sense, her desire to be a “true” woman, to complete her family, trumps any immoral action because in the end, she is doing what a woman should do for her family- anything it takes.

Upon successful completion of the witch’s task, she is immediately with child (nearly 8-9 months along), and has a beautiful baby boy. The second act, however, is where her plot gets interesting. After what at first appears to be an earthquake, she, her husband, and child lose their path in the woods on the way home, and come across a giant who makes them hunt down a little boy (Jack) who killed her son. The baker’s wife and baker at one point separate to find Jack, and the baker’s wife come across Prince Charming. At this point, there is a comical song about lust and how they should not kiss and how she has her family while he has his princess, and yet it ends with the two kissing (and suggestive of other activity). The prince leaves the baker’s wife after their “affair” and the baker’s wife resumes her task, only to have her world literally shaken by the giant’s footsteps, leading the baker’s wife to attempt to hide from the giant’s path and fall to her death in a ravine. In this cause and effect/wishes and consequences plot, because of her lust and weakness to commitment to her family, the baker’s wife is ultimately punished by death. Again and again in Disney movies is the mother or female figure either killed or evil, placing blame on the woman. Especially in this case, while Prince Charming does lose his wife (Cinderella) due to his affair, he still gets to live his life of luxury and royalty. The baker’s wife, because she ultimately betrayed her role of “mother” and “wife” did she be punished.

There are lots of other little instances in the movie/play that hint towards heteronormative and homonormative consequences, the baker’s wife especially gives insight to an especially gendered consequence of womanhood. While I would like to blame this on the wonderful world that is Disney, unfortunately this plot goes beyond that. In what ways does theatre provide a possible venue for reimagining the current social forces? Will we ever see those adaptations on the big screen?

Lacey, Katrina A. 2008. “Authoring the Other: Regarding Race and Gender in a Multicultural Adaptation of the Classic Fairytale Cinderella.” ProQuest Dissertations and Theses. Arizona State University.