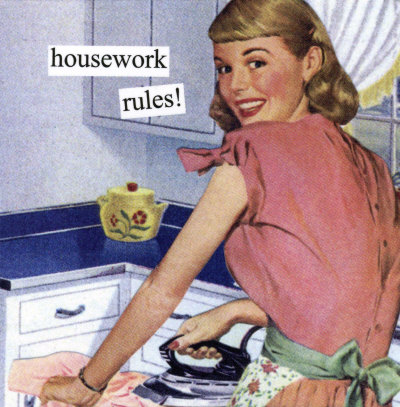 This week, Stephanie Coontz contributed an opinion piece to the New York Times in honor of the 50th anniversary of Betty Friedan’s, The Feminine Mystique. Coontz’s article, entitled “Why Gender Equality Stalled,” explores some of the structural and economic reasons hindering equality between men and women. The attitudes and beliefs of individuals are not to blame for the stalled gender revolution; instead, Coontz points to a failing economy and inadequate work-family policies as the major obstacles to gender equality.

Coontz relies on recent research which suggests that many men and women want egalitarian relationships. Specifically, a 2010 Pew Poll found that 72% of men and women think that marriages based on equality are the best. The implication of this research is most people start out with an egalitarian relationship as “Plan A.” If the conditions are right, most couples want to fulfill a utopian vision of gender equality in their interpersonal arrangements. However, as in most situations, “Plan A” rarely comes to fruition, especially under a set of constrained structural conditions. At some point, many people have to fall back on “Plan B,” a plan that involves more work for men and more family responsibilities for women.

Coontz suggests a few reasons to explain the prevalence of this less than egalitarian back up plan. She describes economic conditions in which men make more money than women and in which neither men nor women have adequate access to family leave. When men and women have few economic options, they return to a more traditional arrangement because it is the most lucrative and/or the most obvious choice. Ultimately, Coontz makes a strong argument for better family/work policies in order to create the conditions for gender equality

I think Coontz’s analysis is insightful. As a sociologist, I appreciate her emphasis on the many structural problems that prevent more gender equality between men and women. Importantly, she showcases the intersection of capitalism and patriarchy, highlighting the ways in which economic conditions uphold the patriarchal arrangements between men and women. We can’t expect a change in gender relations if our institutions do not reflect the goals of gender equality.

Yet, I am not convinced that these structural alterations are the only requirements necessary to produce the desired changes in gender relations at the individual level. Patriarchy has endured as a system of power not just because of social structures and institutions, but also because of cultural values and beliefs. While we have evidence to suggest that men and women want more egalitarian relationships, we also have evidence to suggest that cultural attitudes still reflect the belief that the household is women’s domain.

For example, when both men and women work, the bulk of the family and household responsibilities fall on the women. While this surely has something to do with economic conditions (for example, who can more easily leave the workplace without repercussions or significant loss of money), it also has something to do with the historical association of the household as the women’s domain.  This link between women and housework persists despite the many gains that women have made in the public sphere.

What I am suggesting is that we still have a ways to go with our cultural ideas about gender and family. Better social structures can help change these ideas, but can we think of others ways to disentangle women from the private sphere?