The New Wave of Deterrence and its Internalization 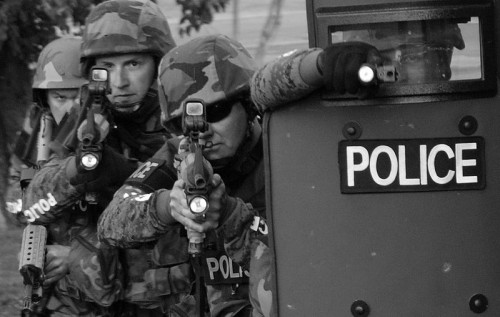 The notion of deterrence has no doubt become a mainstay in criminal justice for understanding and preventing criminal activity. Today’s use of deterrence highlights its influence seeing that its principles can be traced to the work of Cesare Beccaria in 1764. Reflecting the utilitarian framework, he noticed that citizens give a measure of their freedom to the government so that it can enforce agreed upon laws to keep the public safe and secure (social contract). Beccaria, reacting to the harsh conditions of punishment of the time, argued That the government’s prevention of crime should be seen as worthy, if not more so, than punishing crime.

Later, Jeremy Bentham (1789), in effort to progress this thinking, formalized deterrence theory. He, similar to Beccaria, proposed that as the (1) celerity, (2) certainty, and (3) severity of punishment increase, crime would decrease. While each were thought to enhance the deterrence aspect of punishment, all three were considered necessary so long as they were employed fairly. By viewing individuals as rational actors, Beccaria and Bentham posit that criminality would occur less once individuals calculate in these principles of deterrence and punishment.

More recently, scholars have noticed that the perception of certain punishment is most influential for reducing crime (Paternoster, 1989). While improving due process and intensifying criminal sanctions may enhance swiftness and severity, increasing certainty is a bit more problematic. So, the question then becomes: How does the criminal justice system enhance the perception of certain detection and punishment of criminal activity. Traditionally, this has translated into tightening criminal statutes, intensify crime control efforts, and building more prisons. However, this has been less than effective and scholars are starting to take note of conditions that may be altering the very principles of deterrence and how it is carried out.

Beck (1992) and Giddens (1990, 1991), for example, argue that “risk has become a central, generalized preoccupation, to the extent that it is configuring contemporary institutions and contemporary consciousness” (Hudson, 2003: 43). As a result, crime control efforts have made predicting, identifying, and managing irrational risks a central objective (Erikson, 2007; Simon, 2007). However, as the state intensifies its energies to control risk and ensure safety, it, in turn, exposes its own limits to do so. As a result, the state now relies on more excessive forms of social control that lie beyond its reach. Individuals now face an unprecedented “culture of control” (Garland, 2000); including a growing hybrid between state authority and social regulation. Deterrence, now, no longer rests within the responsibilities of the state – it has become a task of and for the individual to carry out.

May we be seeing a new wave or perhaps a new form of deterrence? As individuals become more aware of risk and pursue safeguards against harm, do they play a more active role in the operation of deterrence? Today, we can buy extravagant surveillance\ systems which now monitor sidewalks, houses, and schools. Crime control has become an industry that people can buy into to secure their lives in ways that the state cannot.

Perhaps more fitting – are we seeing the internalization of deterrence/control? Similar to Cooley’s ‘looking glass self’ and Mead’s ‘generalized other’, individuals are being increasingly tasked with self-monitoring – a practice which places the responsibility of ensuring safety and security on the individual rather than the state. That is, are individuals internalizing what was once the goal of the state; to reduce harmful activity in attempts to keep its citizens safe in their daily lives? This begs the question, has the notion of deterrence changed given current social conditions?