Distance as a social vocation 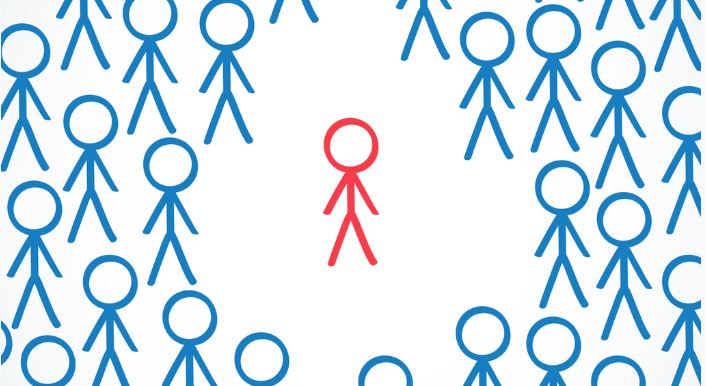 In this article, I explore the habitus of social distancing to critically engage with the different human conditions that grips us amidst the coronavirus pandemic. I also briefly discuss different kinds of distances we practice in our everyday life before I go on to show how distance is turned into a vocation upon which our survival and hope rests.

The foundation of society is also based on distance as much as it is on closeness. Distances complete us. Let me take you to a classical question in sociology which George Simmel raised to expand on this idea.

Before I discuss Simmel’s question, ‘How is society possible?’, I would like to draw our attention to his seminal work on the stranger. For Simmel, the stranger is not someone who is physically distant. A person seated next to me in an MRT/metro in Singapore, despite being physically close to me, can be a stranger. However, my mom, who lives in Assam, is not a stranger to me despite being thousands of miles away. So, physical distance can have opposite, even paradoxical meaning as far as social relations are concerned.

Consider a situation where a lover complains to their partner of being emotionally distant while being physically close. Now, as opposed to the emotional distance which reflects paradoxically on the physical proximity, the imposed isolation and social distance due to coronavirus, for the ones who can distance, cultivates new emotions and makes our ties with loved ones stronger. It also tears us apart individually.

Distance can also be the basis of violence. Indian caste system as a division of labor is a case in point. The ascribed labour for the Dalits is considered polluted in the caste system. This pollution then becomes the basis of creating sub-human condition and profile for the Dalits through their ascribed social labour. Aren’t those caste hierarchies’ social distances which permanently humiliates the Dalits? Isn’t this distance a demon which Hinduism created for the Dalits?

Similarly, the distances around alien bodies and the unwanted are culturally and politically cultivated. Ivan Illich writes how the concept of alien other is invariably present in all societies. For the Greek, the alien was someone who belonged to the neighboring polis or a barbarian who was considered to be less than a man. The alien is kept at a safe distance from the native and the citizen. The state always strives to protect the sovereign and its citizens from the alien. Society always maintains a distance from ‘the stranger, the enemy, the criminal, and even the pauper.’ The measure of distance of a migrant from the native population gives us a location of political emotion in a society and the nature of the state.

This same distance is felt even today by the 1.9 million people rendered stateless by the National Register of Citizens(NRC) process in Assam. Politically, the stateless remains distant from the nation-state and culturally, from the community. This distance can also be read as social alienation. W. H. Auden writes about the social distance the Jew feels in this world in his poem Refugee Blues. Take these lines for the poem for instance:

For Simmel, an individual is born into a society which is given to us, an apriori of society. However, ‘our lives are not entirely social’. Our everyday world is replete with this inevitable tension between the individual and the social world, the latter which is outside of us and which is an apriori. Beyond that social world and outside of which the individual negotiates their integration or socialisation, there is also something else. That something else, for Simmel, is the non-socialised being which help us determine the socialized being.

A society becomes possible by constantly negotiating the distance between the social and the non-social being, which is given to us apriori, however, that society is not always a just society. In a world torn apart by the Covid-19 pandemic, social distance is asked of us to turn it into a vocation to make society possible. Distance is enforced and cultivated to build a notion of safety and hope. What is this thing about social distance that instils a notion of safety? Can we have any relationship without having to negotiate distances? What kind of society do we get when distance is amplified?

Chained to the idea of vocation are notions of safety, survival and hope for the human race which rests on the ‘fulfilment’ of practicing distance. Social distance as a vocation is thus a Weberian type of rationalization that gives clarity to our life and is turned into a thing that holds the fiber of life. In a country like India, when distance is turned into a vocation, it erodes love and freedom of the social underclass. They are caught, asked to roll in the streets, frog leap, sprayed with disinfectants, beaten, starved and dying in their journeys. It is a vocation which kills people, impoverishes them, turn them into sub-humans and brings in total unfreedom in their lives.

We can see that distancing is not something outside of our everyday life. Distance is also a luxury which most people cannot afford. For the social underclass like people who live in the slums in Bombay, social distancing is at best an irony. Distance is the demon which we must fight with or without the virus.

While we see bureaucratic registers turning social distancing into a legitimate entity, at the same time, the ability each of us have to distance ourselves mirror our lives differently. Social distance creates an explosion of bodies and in that explosion, our identities and social location gets reflected and caught differently. In that mirror, we see how our social world remains stratified and distinguished. In that same mirror, by measuring the treatment of those different reflected bodies by the state we get to know the nature of the state the keeps ‘withering away’. Additionally, through the behaviours of the reflected bodies vis-a-vie social distancing, we get a sense of how our society is organised and where our political emotions lay.

Suraj is a doctoral candidate in Sociology at the National University of Singapore.