Cancer is Not a Pink Ribbon (part 1) 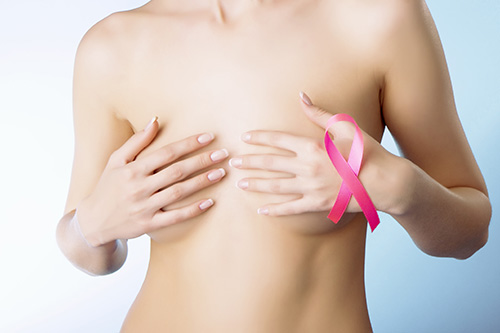 As a belated nod to ‘Breast Cancer Awareness Month’ (October, in the USA), and the plethora of pink, breast-cancer-sponsored items now on sale,  I want to talk about the rise of the pink ribbon campaign and the concept of ‘pinkwashing’.

Breast cancer and the pink ribbon campaign is probably one of the biggest success stories, in terms of its ability to raise awareness and ultimately, save lives. Breast cancer activism started in the 1980’s, in part as a reaction to the patriarchal medicalisation of women’s bodies. Up until then, breast cancer was being silenced: the field was dominated by male surgeons with little information available for individual sufferers, and incidence rates were fast increasing. A huge, grass roots movement began, focusing on empowering and giving voice to suffers and their families. By the 1990’s the focus had been shifted away from the medical profession and onto the empowerment of patients, and this increased attention and exposure increased its status and cultural currency. This was furthered by the launch of the now now iconic pink ribbon in 1992.

This increased focus was incredible in its uptake. It allowed the breast cancer movement to become a prominent focus for the general public, ‘awareness’ was raised, huge amounts of funds were raised, and it was being run by women: by cancer survivors, sufferers and family members. Treatment improved, mortality rates declined.  It was a success. But, as Gayle Sulik notes: “By this time, there were already controversies over the benefits of mammograms, concerns over conflicts of interest, rising competition in pharmacology, and infighting among thought leaders and scientists. Yet cause promotion and the desire to do something for breast cancer held the public’s attention”.

The shift away from medical procedures and towards the pink ribbon had an additional effect on the disease’s representation. Previously the focus had been on women who actually got the disease, including their scars and imperfections. Post-pink ribbon the media representation of ‘breast cancer awareness’ became pictures of women in their 20s (statistically the least likely to get it) feeling their breasts and taking selfies. Young attractive women reminding you to #checkyourselfie (Geddit? Preventing breast cancer is fun!).

Somewhere in the awareness campaign women who were actually ‘suffering’ with it got lost, replaced with acceptable narratives, tied up with pink bows. When we do see survivors or older women they are within a culture of She-roes, who are “kicking cancer’s ass” while looking feminine, fabulous, and almost oppressively pink. This move from the focus on controlling disease or finding cures, to focusing on how the individual can personally manage and negotiate risk is what is known as biomedicalisation, as Sulik outlined in her 2011 Sociology Compass article: ‘Our Diagnoses, Our Selves’: The Rise of the Technoscientific Illness Identity’. This results in aspect of disease, particularly breast cancer, becoming part of individual identity and associated with consumerism and a sense of self, rather than as something that is dealt with medically.

This is not to say that this is inherently a bad thing. This ‘pinkwashing’ campaign has been successful in the sense that it has made breast cancer easily palatable and easier to discuss, particularly when getting young people talking and raising money. But it gives consumers of pink products a warm fuzzy glow and big companies a way of selling products (often making much more money for themselves than they make for the charity), and has little impact either on detection or survival rates. In its focus on pink bears, handbags, tutus and dresses it makes a mockery of illness, stress, pain, fear, anxiety, nausea, damaged bodies, surgery, organ damage and the loss of lives that the disease can cause.

And even the pinkwashing would be more acceptable if it had actually prevented women contracting or dying from breast cancer. Since the initial improvements in the 1980s, encouraging women to check themselves has not affected the number of diagnoses, nor has it reduced the mortality. The ‘awareness’ campaign has either done all the good it is going to, or it isn’t working, and in the rush to become ‘aware’ of cancer there was little in depth thought into what might actually prevent women dying. Conducting more mammograms has not actually lowered mortality rates, and statistically only increases the chances of having a false positive result (the chances of being falsely diagnosed with cancer over 10 yearly mammograms are about 50 to 60 per cent, while the chances of having a false negative are anywhere between 17 and 30 per cent).

I was a teenager at about the time these campaigns were becoming mainstream, but they didn’t make me aware of cancer. I ‘became aware’ of breast cancer when my mum got diagnosed. Because her last mammogram had been clear they concluded it must be fast growing, and they operated a week later, doing a full one-sided mastectomy. It wasn’t until afterwards they discovered it had been a benign lump, and had been missed on the previous scan. Was she ‘better safe than sorry’? Some are, and will be, but the potential danger and negative effects of these errors, in my mum’s case, resulted in a heavy duty surgery that she did not need.

I will talk more in my next post about my mum’s experience of going through this (and in particular of being the only woman I know who has not had a breast reconstruction or who wears a prosthesis), but I can tell you one thing: cancer is not a pink ribbon. It is not feminine or girly, or fun. It doesn’t make she-roes. I’m not going to kick its ass and I am definitely not comforted by a fracking company making pink drill bits in her honour, in the name of ‘promoting awareness’ for a disease that affects 1 in 8 of women in the UK.  It is messy, painful, invasive, emotionally difficult and life threatening. So please, forgive me if I don’t wear a ribbon to show how aware I am.