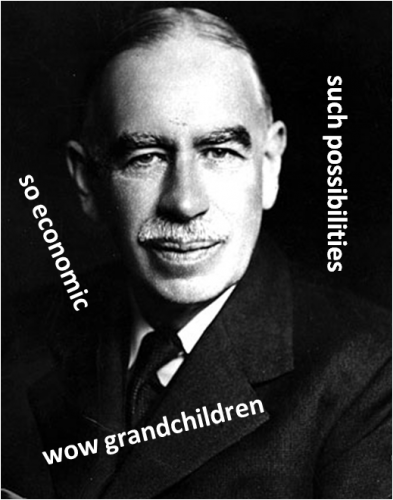 Paul Stoller – perhaps best known for his pioneering work on the ‘anthropology of the senses‘ – suggested last month in a blog for the Huffington Post that the ‘unprecedented prosperity that human activity has generated has ironically resulted in widespread misery in the world.’ Stoller calls upon anthropologists to shift ‘from passive to active voice,’ claiming that they are uniquely positioned to challenge what I like to refer to as the two-pronged politics of idiocy, recalling that ‘idiocy’ comes to us from the Greek idios kosmos, or ‘private realm’. Stoller first rails against an apparently widespread refusal to acknowledge mounting evidence from the natural and social sciences, that reveals the principal means by which we pursue prosperity to be engines of inequality and ecological destruction (a politics of idiocy where idiocy refers to intellectual refusal). This intellectual refusal is tethered to what Stoller calls the ‘politics of so-called personal responsibility,’ an orientation that shares much with what fellow anthropologist Sarah Kendzior recently termed ‘hipster economics,’ and could equally be understood as the other half of the politics of idiocy – where idiocy refers to a retreat from collective politics. Stoller ends his blog with the question ‘Will we do our part to make the world a bit sweeter for our children and grandchildren?’ It is hard to miss the echoes of  J. M. Keynes’ short essay from 1930: Economic possibilities for our grandchildren.

Tomorrow night I will be joining Nigel Dodd, Brett Scott and Izabella Kaminska on a panel in central London, organized by fellow Sociology Lens contributor Johannes Lenhard, in his guise as the editor of King’s Review. And the title of the panel – Bitcoin: the future of money? – was partly inspired by Keynes’ 1930 essay, to be explored in more detail by an upcoming edition of the Review. Economic possibilities for our grandchildren does provide a rather neat (if surprising) jumping-off point for an anthropological exploration of Bitcoin. In his essay, Keynes’ suggests that the economic ills of the 1920s were mere ‘growing pains’, and that by the 2020s, we would have a standard of living (‘in the economic sense’) 4-8 times greater than it was at the time of his writing. Technological advances would allow us to satisfy our absolute needs with little more than three hours of work per day. (It is perhaps worth noting that classical anthropological studies of contemporary hunter-gatherer populations have shown that subsistence needs can be met with one day of work in five, or 1.5-2.9 hours of work per day.) Furthermore, Keynes’ argued, such technological advances will allow us to ‘rid ourselves of many of the pseudo-moral principles which have hag-ridden us for two hundred years, by which we have exalted some of the most distasteful of human qualities into the position of the highest virtues.’ The love of money, while a useful vice to pack for the long trek to utopia, would ultimately be revealed as a ‘disgusting morbidity’ fit for scrutiny by specialists in mental disease.

So, was Keynes’ right? Well, Sam Polk, ex-Wall Street trader and author of the forthcoming Gatsby, Interrupted, has painted financiers’ love of money as a destructive ‘wealth addiction,’ and the oft-repeated claim that “We’re smarter and work harder than everyone else, so we deserve all this money” as little more than ‘the rationalization of addicts.’ So we haven’t shaken off the distasteful qualities Keynes’ thought we might – what then about increased leisure time afforded by productivity gains, brought about by technological progress? It’s not looking good there either. Recent figures released for the UK show falling productivity rates – but a rise in the number of hours worked. What has happened to Keynes’ utopia? What might those anthropologists who choose to speak in the ‘active voice’ have to say about it? Well, anthropologist Alf Hornborg has forcefully argued that ‘“technological progress” boils down to a redistribution of temporal and spatial resources in global society.’ Hornborg is arguing from the material fact that technological progress is limited by the law of entropy. What looks like technological progress is often, upon closer inspection, little more than an asymmetric flow of used-up resources between spaces where the inputs of human time and natural space are priced differently. In other words, ‘there is no such thing as “technology as such.”’

A more historically and culturally particular account is provided by David Graeber – one anthropologist who could hardly be accused of writing in the ‘passive voice’ – in his recent articles for Strike! and The Baffler. Graeber engages directly with Keynes in Strike!, where he takes on the phenomenon of ‘bullshit jobs’ – jobs that drive us ever further from Keynes’ 15 hour week, often by inundating us with audit requirements that cannot in any way be considered productive. This, as Graeber argues (and perhaps anthropologist Andrew Kipnis would agree) is a capitalism that seems to abhor efficiency: capitalism ‘gone Soviet.’ The tendency (among critics and proponents alike) to associate capitalism with free markets, a push to efficiency, and a drive for productivity, blinds us from the realization that, as Graeber argues in The Baffler, neoliberalism is a mutated form of bureaucracy, not of free markets. For cornucopian capitalists and frantic free marketeers, Keynes’ world should be the dream: capitalism and privatization are the better mousetraps and will lead to more prosperity. And yet we find ourselves weighed down by a moral discourse on productivity – what Eliane Glaser calls a ‘quasi-religious masochistic ethics of work’ that prevents us from making any political demands that might lead to a world a little more like that which Keynes’ envisioned (and which contemporary neoliberal capitalism surely cannot offer us).

Graeber draws on Neal Stephenson’s Hieroglyph Project (although I do wonder how much of Stephenson’s apparent commitment to high-modernist creative destruction he shares), and echoes fellow ‘active voice’ anthropologist Max Haiven, when he questions the ‘language of creativity, initiative and entrepreneurialism’ in which finance capitalism (along with Kendzior’s hipster economics) garbs itself. Where, he asks, are the ‘poetic technologies’ which harness rational means to bring wild fantasies to reality? How can we move beyond the ‘bureaucratic technologies’ which masquerade as innovation engines in a financialized economy so obsessed with overdetermining its own future that even blue-chip CEOs are driven mad? Poetic technologies can, of course, be dark and satanic, but Graeber is interested in the ‘redemptive’ kind. By redemptive, I imagine Graeber might have in mind something not dissimilar to the Rastafari politics discussed by Robbie Shilliam. Shilliam notes that Amartya Sen’s paradigm-determining Development as Freedom contains the claim that ‘the commodity baskets of consumption of slaves compared favorably…with the incomes of of free agricultural laborers,’ and hence the existence of runaways reveals individual submission to market forces as the path toward developmental freedom. (Incidentally, this is almost exactly the same narrative that the Yes Men parodied, to a standing ovation, while impersonating WTO officials and wearing an inflatable gold penis at a trade colloquium in 2001.) To submit to market forces as individuals seeking freedom would, for many Rastafari, be idiocy – in both interlinked senses of the term. (Like Graeber, many practitioners see more parallels than distinctions between capitalism and slavery.) Instead, Shilliam argues, Rastafari seek collective redemption from suffering through cultivating Livity.

Rastafari is just one among many ‘delegitimized epistemes’ that might provide insight and alternatives to our world of overdetermined futures and inefficient bullshit jobs. And while I look forward to having an interesting discussion with my fellow panellists tomorrow night, on everything from altcoins vs. ‘Bitcoin 2.0’ projects, the split between crypto-anarchists and conventional financiers in the Bitcoin world, the varying social consequences of proof-of-work, proof-of-storage and proof-of-storage-velocity algorithms, and the notion of a blockchain nation – I think the questions that will be uppermost in my mind are: Is Bitcoin a poetic, rather than a bureaucratic technology? And if so, can it be a redemptive one?