Legacies of The War on Poverty: A chat with Jill Quadagno on the 20th anniversary of The Color of Welfare 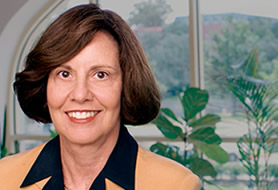 In 1994 Jill Quadagno published The Color of Welfare: How Racism Undermined the War on Poverty.  To celebrate the 20th anniversary of this highly influential text, Dr. Quadagno did a series of media interviews two days.  She also graciously sat down with me for an informal chat about what she believes to be the lasting outcome of The War on Poverty.

Me: Does it feel like 20 years have passed because the issues you present in The Color of Welfare still seem so relevant today.

Me: Was the effect of these community action programs different by region?

Quadagno: I think it was the same everywhere.  In Mississippi it was a different kind of experience in terms of the first integrated programs ever were the community action programs.  Also, created political allies for southern blacks through organizations like the Catholic Church but in other cities too there were some supporters of community action that also benefited whites.  Community action has often been derided as a failed experience, and in many ways it was, the budget was decimated, but I think it had lasting consequences by changing institutional norms and structures.

The Color of Welfare explains the structure and purpose of early community action agencies (CAAs).  The Economic Opportunity Act of 1964 authorized a new agency and established new programs by issuing grants directly to public or non-profit organizations.  CAAs established neighborhood health centers, Head Start, neighborhood youth corps, alcohol counseling, drug rehabilitation and migrant worker’s assistance.  Each community could use the funds in the ways that would best serve its members.  In the above quote, Dr. Quadagno references specifically the money allocated to local civil rights organizations who used the funds to pursue racial equality.  These programs empowered the poor to challenge entrenched city authority.

Quadagno: Pieces of the programs remain, they organize school lunches, do after school tutoring, they created head start programs, created pre-k programs, job training programs.  Many of those were unpackaged and they became programs that continue to support in their own right.  Medicare and Medicaid are a legacy of the War on Poverty too that we don’t think of as part of that but it’s the most important change was health insurance for those 65 and older.  Federally supported health insurance for the poor that has become the main way of paying for nursing home care in the United States, the building block of the Affordable Care Act is through Medicaid so those programs too are critical and a highly successful result of the War on Poverty.

Me: They don’t have the same stigma associated with those smaller programs.  In the Color of Welfare, you seem to attribute it to at what point the program comes into action and the democratic process…

Quadagno: I think who the target of the program is.  I think the elderly have always been seen as deserving and pregnant women and children…

Me: unless they’re women of color…

Quadagno: yes, but these programs benefit a way higher percentage of white women than it does minorities, benefits children up to age 18 and expansions in each state…

Me: The threats against the ACA seem to target universal benefits and want to push the benefits back to a state and local programs, what is the goal of going back to these smaller programs?  Does it save money?

Quadagno: I don’t think it will. The president will veto it and by the time the next election comes around there will be that many more million people covered through the exchanges and receiving subsidies.  It’s building a political constituency as it expands.  It’s going to be harder and harder to say, “we’re going to take away your coverage”.

Currently, many communities use CAA funds to assist low income families in connecting to the health care marketplaces.  Many new programs seek to overcome enrollment barriers by specifically addressing the targeted enrollment needs of the LGBT, disabled, and rural communities.

Community Action Agencies collaborate with organizations across each state with the goal of achieving economic stability and keeping the voices and conditions of those in poverty central to the improvement of public policy.  As you read the Color of Welfare again with your incoming freshmen, pay close attention to Chapter 2 and the 20 year outcomes of CAA programs.