The Missing Base: Barriers to Coalition-Building Around the Murder of Trans Women 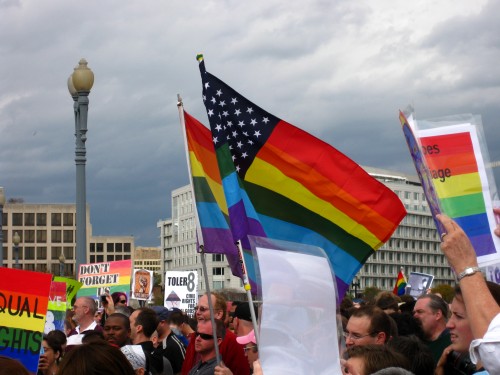 Today is the last day of the American Sociology Association’s annual meeting. In honor of this year’s theme Sexualities in the Social World, I wanted to bring attention to the troubling trend of murders of transgender women. First, I introduce what little data exists about the experiences of trans women. Then I consider three existing groups of social movement activists that could act as allies to the transgender community and the presence of barriers which might inhibit the building of coalitions aimed toward stopping these deaths.

There is a dearth of reliable statistics on the murder of trans women. Thankfully, organizations which serve the transgender population and their allies in the academy have embarked upon a mission to attempt to fill this gap. To date only one national study has been conducted; the National Transgender Discrimination Survey was spear-headed by the National LGBTQ Task Force and the National Center for Transgender Equality. This study found transgender women experience disturbingly high rates of violence and assault. In 2013, 72% of all victims of murder motivated by anti-LGBTQ sentiment were transgender women.

Currently the National Center for Transgender Equality is distributing the 2015 U.S. Trans Survey (USTS). (Editor’s note: if you are a transgender person who is interested in participating you can find the survey here!) However, the time investment which a massive undertaking of this type demands means for the near future we will continue to operate without a full understanding of who constitutes the transgender population and the conditions of their lives.

Due to a dearth of scientific studies on the topic, the responsibility of data collection has fallen on activists and sympathetic media outlets. The LGBTQ periodical The Advocate has recorded the dates and circumstances of the murders of trans women killed in 2015. The publication has strived to preserve these deceased women’s lives by including their photographs and short biographies. As of August 18th, 17 trans women have been murdered in 2015 alone.

Now that we have established as clear of an image of the problem as the current data allows, the question becomes: whom can trans women rely on to mobilize around their murders? There are three obvious potential groups from which allies could be recruited: feminists, the LGBTQ movement as a whole, and contemporary racial justice movements such as #BlackLivesMatter.

Given the legacy of feminist activism surrounding violence against women, we might expect cis women feminists to be natural allies to trans women and the struggle against their murders. However, the prevalence of radical feminist theory amongst academic feminists and their organizations may prevent their mobilization. Drawing on radical feminist thinkers like Germaine Greer, Sheila Jeffreys, and Mary Daly, some feminists essentialize perceived biological differences they attribute to sexual dimorphism (Taylor and Whittier 2002). Many of these scholars explicitly exclude trans women by maintaining the notion that people with vaginas are “vulnerable subjects” and people with penises are “sexual predators.” Feminism reminiscent of these second-wave foremothers is contingent on a conflation of rejection of the phallus with a rejection of patriarchy. Janice Raymond, one proponent of this brand of feminism, has been the justifiable target of animus because a paper she presented to The National Center for Healthcare Technology (an advising council of the Department of Health and Human Services) is deemed responsible for a shift in federal policy and insurance guidelines, which regulate (and limit) access to trans-affirming medical interventions . The publication of a June 6th op-ed in The New York Times by Elinor Burkett, written in response to Caitlyn Jenner coming out, reveals this is not a relic of the past; there are still feminist constituencies who feel this way. Although all feminists do not endorse these beliefs the extent to which activists who espouse this brand of feminist ideology are in charge of feminist organizations may preclude the inclusion of trans women murders on these organizations’ agendas.

The plights of gay, lesbian, bisexual and transgender people have been historically entwined in the United States. Though the connection between sexual orientation minorities and gender minorities is not intuitive, structuring institutions have routinely driven the convergence of these communities. Throughout the 20th century, professional medical associations elide distinction between the two by conceiving of transgender people as particularly deviant homosexuals. The fusion between the two communities has a rich social movement history as well. Two transgender women Sylvia Rivera and Marsha P. Johnson and their organization Street Transvestite Action Revolutionaries (STAR) were instrumental in the seminal 1969 Stonewall Riots, to which the birth of the modern LGBTQ social movement is attributed. Despite the fact that outside observers often assume the sexual minority and gender minority segments of the LGBTQ movement are unified, recent survey data of the GLB community shows its members perceive a gulf between themselves and transgender people; Only 15% of gay men, 11% of lesbians, and 12% of bisexuals said they “share ‘a lot’ of common concerns and identity with transgender adults.” Accordingly, the union between GLB activists and trans activists is not always peaceful. In 2007, despite the Human Rights Campaign’s initial insistence that they would not endorse a final version of the Employment Non Discrimination Act (ENDA) that excluded transgender people, gender identity and expression were retracted from the protected statuses inscribed in the bipartisan bill.

While the exclusion of trans people from the ENDA demonstrated gay and lesbian activists are not always committed to inclusion if there is perceived threat that it may risk institutional success, even well intended efforts to integrate trans people into legislative advocacy have stumbled. In her study of two Midwestern cities that passed nondiscrimination ordinances, Stone (2009) found institutional actors responsible for enacting the protections were motivated to be inclusive by their perceptions of trans people as a marginalized population. However, many were ignorant of the discourses surrounding the transgender phenomenon or lived experiences of trans people and only sought information from the gay and lesbian professional activists with whom they had long-standing relationships. These activists tended to gloss over unique issues faced by trans people in favor of presenting trans rights as “like sexual orientation.” Gay and lesbian activists may not be able to distinguish between gender presentation, gender identity and gender expression (Stone 2009).  When gender presentation was discussed it was loosely specified and relied on external evaluations instead of self-defined gender identity and expressions. Moreover, this imperfect inclusion attempt is not indicative of which issues LGBTQ social movement organizations direct most of their effort and resources. Overall, contemporary LGBTQ activism has been oriented toward same-sex adoption, marriage, and the since-overturned Don’t Ask Don’t Tell policy (Mucciaroni 2008). Availability of same-sex marriage may or may not affect transgender people (who may also be sexual minorities), but advances on this front certainly do not directly ameliorate the murder of trans women. Both the history of the movement and GLB activists’ failure to understand the lives and experiences of trans people may inhibit coalition building on this topic.

The Black Lives Matter (BLM) movement was initiated by Alicia Garza, Patrisse Cullors, and Opal Tometi. These three women, who are all black and identify as queer, have been vocal about their intention to incorporate transgender concerns. As they write on their site, “Black Lives Matter affirms the lives of Black queer and trans folks, disabled folks, black-undocumented folks, folks with records, women and all Black lives along the gender spectrum.” Local chapters of BLM have similarly demonstrated a commitment to and solidarity with trans women. Today, Tuesday August 25th rallies are planned across the country.  Trans women have also been included in gender-specific campaigns such as the #Sayhername hash tag, which brings to light women victims of police brutality.

Clearly, some organizations affiliated with the contemporary racial justice movement have played instrumental roles in acknowledging the murder of trans women. However, there are still gains to be made. Alliances between the anti-police brutality movement and the transgender rights movement may be complicated by what we understand to be the origins of this nefarious trend. The factors which contribute to the murder of trans women may be more diffuse than the factors which undergird police brutality and state-sanctioned violence. Although Black Lives Matter identifies numerous targets which can play a role in changing the status quo, the primary locus of change they focus on is the state. While 22% of transgender people report experiencing harassment at the hands of the police, many of the alleged murderers charged with or arrested under suspicion of killing trans women are people unaffiliated with the government. Accordingly, the tactics which prove to be effective in furthering the goals of minimizing police brutality may not alleviate the threats and fear experienced by trans women. Petitioning for increased diversity of police forces may have no effect on the rates of murder of trans women. To use another example, some trans activists have claimed the popularity of the “shemale” pornography genre dehumanizes and objectifies trans women, rendering them vulnerable to abuse. Though racial justice activists may have experience challenging problematic news media narratives and presenting alternatives, they may have less exposure to training about how to translate these strategies to questioning and changing sexually-graphic material. The causes of police violence and transphobic violence are intersecting Venn diagrams, interrelated at times, but distinct in other ways that may prevent coalition-building between trans activists and racial justice activists.

Although I have discussed potential barriers to coalition-building between trans activists and other social movement participants this article is not intended to be fatalistic but rather illustrative of what stumbling blocks may exist. Of course, some feminists, GLB activists, and BLM adherents are engaged in activism against the murder of trans women across the country. Organizations encountering the struggles I have described here can benefit from acknowledging barriers and consciously adapting to overcome them. Networking between organizations and diversifying membership rolls can increase the monetary and intellectual resources with which social movements can attempt to incite societal change (Meyer and Whittier 1994).

What can you do?

Attend a rally today. If you live in Houston, Dayton, Nashville, Chicago, Columbus, or Washington D.C. you can find information about meet-ups here.

If you live in another region of the country or if you are unable to attend a rally, you can follow the hashtags #BlackTransLivesMatter and #TransLiberationTuesday on Twitter.

Memorialize the lives of trans women who have died by participating in rallies and gatherings on the Transgender Day of Remembrance, which is observed yearly on November 20. Although it has yet to be updated for 2015, you can expect to locate information about these vigils here.

Get involved with organizations that prioritize trans issues. Information can be found here.

Examine the language you use when discussing transgender people and inspect your internalized biases. Joe Marchia wrote a great article for Sociology Lens about how to be a better LGBTQ ally in general.