The Necessity of Disorder in a Soft City: De Certeau vs Foucault (Part 2) 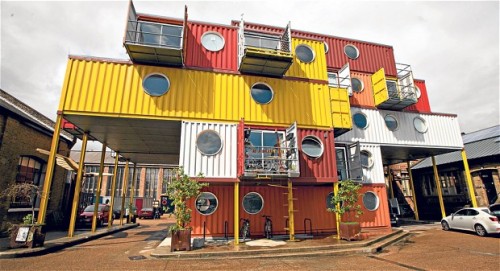 This is the second in a two-part guest post by Bea Moyes, who is an independent researcher based in East London. Having completed a Masters in Research at the London Consortium, Bea is working on ongoing research into the history of East London since the 1970s. Her work has often considered histories and narratives of urban space, particularly through the act of walking the city, and with dynamic and creative interactions which are generated in public spaces. She tweets @BeaMoyes

Michel De Certeau’s argument on the relationship between strategic powers and tactical resistances, has interesting implications in the history of the metropolis, and to the way with evolve our cities today. In pre-urban agrarian society, tactical resistances were common, with those without land re-appropriating resources in activities like poaching, gleaning and scrumping. These social and economic rituals were well worn valves of everyday life, oiling the relationships of power between masters and workers. However, during the industrial revolution, and particularly  with the increasing organisation of power relations with urbanisation and land enclosures in Britain, this dynamic interplay became largely disconnected, contributing to the break -up of community structures which had existed before. This is obviously a simplified analysis of social networks between classes over nearly two hundred years, but it is surely no coincidence that during the nineteenth century in Britain, there was considerably unrest and protest by the urban working-classes.

In my own work researching the history of East London, I have looked at the artist-led housing associations which emerged in the late 1960s and early 1970s. Organisations which grew up as a result of the chaotic systems of local housing in the East End at this time, developing cheap housing and studio space for artists using largely derelict or unused housing and warehousing. Loose organisations like S.P.A.C.E and Acme studios encouraged large number of artists to settle in East London, not only doing up their own houses with largely ad-hoc DIY activities, but also creating close-knit communities, working together to make things function. Though these activities and lifestyles were by no means easy, I would argue it was the disordered systems at this time which actually encouraged these activities. The problems East London was encountering, particularly with declining local industry, economic crisis and high levels of older-housing stock, were the very catalysts which enabled this area to be remade. Compared to this the 1970s, planning laws and regulations in London are now much more organised and controlled than they were. While East London is now a thriving, fashionable hub, many now argue that it is not a place which would encourage activities on the scale or scope which occurred in the 1970s. With the greater powers held and imposed by authorities and legal systems, so in turn, more is expected of authorities in terms of services and in the imposition of order as power is passed over and disconnected from the individual. The very things we treasure now, in the eclecticism of architectures and idiosyncratic artistic cultures of East London, can often be traced back to this period of flux; whilst contemporary design and commercial cultures lean much more towards uniformity.

What am I implying then? To return to my metaphor of order and disorder, it is important that in cities, there is dynamic between the need to organise, and the need for some disorder. This is true of the built environment as much as it is social power relations, and indeed in the structure of industry, as shown by the criticism of Fordism in the late 1970s and the move to more flexible structures of production. It is also apparent in political structures. Democracy itself depends on these very balances, so that individuals not only feel they can impact the political fabric, but also for Rousseau’s social contract to by continually active. In countries like Turkey over the last year, protests and occupations have erupted largely as a result of the imbalance in these power relations, with public spaces and parks being carved up by cooperate developers with tacit approval from the Turkish government. Without these balances, without the dynamic interplay between individual inhabitants of a city, and those who order and control it, the ensuing tensions can create ghettoisation, frustration, violence and, in the extreme, revolution.

To go back to this debate between Foucault and De Certeau then: if one considers the necessity of dynamic interplay between the power of producers (state) and consumers (individual) within the organisation of urban spaces, this dynamism is dependent on a certain looseness, or weakening of control within system of production. Good cities are those who have this ‘softness’. That allow individuals to have an impact on their fabric. From the artistic resistances on the street, in forms like graffiti or skateboarding, to community interaction in urban planning, and in allowing spaces were individual action is not impinged, directed or controlled. Rather than being a mark of failure, perhaps state of semi-disorder should me considered as a representation of a cities health, much as pot-holes in the road are taken as signs of a good urban economy.