Laud Humphreys' Tearoom Trade: The Best and Worst of Sociology? 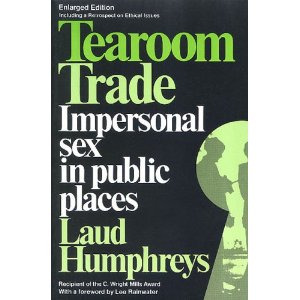 In Tearoom Trade (1970/1975), Laud Humphreys’ writes about the homosexual relations that took place in various “tearooms” (i.e., public bathrooms) in an unidentified American city during the mid- to late 1960s. By pretending to be a simple voyeur, Humphreys explains that he systematically observed these activities and even recorded the license plate numbers of a sample of tearoom participants. While the systematic observation part of his study permitted an understanding of the rules and roles, patterns of collective action, and risks of the game associated with impersonal gay sex in public restrooms, his tracking down and interviewing a handful of the subjects allowed Humphreys to better understand the identity, lives, and rationality of those men involved in the so-called tearoom trade. While the author defended the ethics behind his research early on, he was still stunned by the backlash it received. Yet, even years after Humphreys’ death, the ethical issues that his study provoked continue to reverberate in the social research community. In response to such issues, I will use this post to critically evaluate the strong and weak points of his book.

In regards to the strong points of Humphreys’ study, there were certainly many. Firstly, I really liked what the author had to say about some tearoom participants wearing “a breastplate of righteousness.” It makes sense that men engaging in impersonal gay sex, especially those with much to lose, would want to appear conservative so as to hide their deviant dalliances from others. This idea—that “there is a witch behind every witch hunt”—continues to have resonance today (Humphreys 1970/1975:141). Secondly, I found it interesting that Humphreys classified the participants by occupational status and marital status: trade, ambisexuals, gay, and closet queens. I further found it intriguing for Humphreys to suggest that closet queens may be the most dangerous of the groups to society because of their attraction toward youth and because of their relative unattractiveness to adults.  Thirdly, I liked that Humphreys wrote about the importance of blackmail, especially when it comes to the police. The idea that those with power and resources can trade money for silence highlights the inequality and corruption that still exist in our criminal justice system. Lastly, I think it is important that Humphreys’ study continues to highlight ethical problems. Among others, Babbie (2004) writes about how this study has pushed researchers to constantly hold themselves responsible for the well-being of their subjects.

Still, while I liked this book, I did have a few problems with it. Firstly, I took objection to the tracking of the tearoom participants. Although Humphreys would later write that he regretted this decision and that he should have only interviewed willing subjects like the twelve informants he referred to as the “intensive dozen,” the use of deception to find and interview the respondents was somewhat appalling. Secondly, Humphreys contends that Americans are squeamish about things like tearoom sex because sex that is tolerated privately is not tolerated publically—that is, people in the U.S. don’t like the idea that public sex may put bystanders in an uncomfortable and unrequested position. But, if consent is the main issue, then why do we continue to have a large segment of the population actively championing laws designed to limit gay sex between consenting adults? Maybe Humphreys’ argument would have been stronger had he tied the breastplate of righteousness to the reasoning as to why many Americans want to control homosexual activity. Thirdly, I am not sure if I agree with Humphreys that the tearooms of today are like the bordellos of the past. Will all sexually rapacious men who would have gone to bordellos 100 years ago suddenly be OK with sex with other men? Lastly (and relatedly), I wonder about the possible bias Humphreys may have had towards his study considering that he would later come out as a gay man. Putting the assertions aside that he may have been sexually active in the tearooms (Babbie 2004), I am curious about how much (if any) of his writing was influenced by his own sexual preferences. 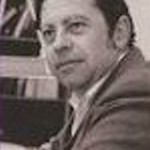 In conclusion, Humphreys’ study provides the reader with a discussion on an interesting (and surprisingly common) topic that had previously been virtually ignored. While there is certainly valid criticism of this work, I feel it has more strong points than weak ones. Still, this is just a cursory evaluation of his work, and I’m sure that there are many different opinions on the positive and negative aspects of Tearoom Trade. In your opinion, what are the best parts and worst parts of the work? Should Humphreys have done this study/written the book? Was it worth it/necessary? What do you think?