Economies of Review on Amazon.com 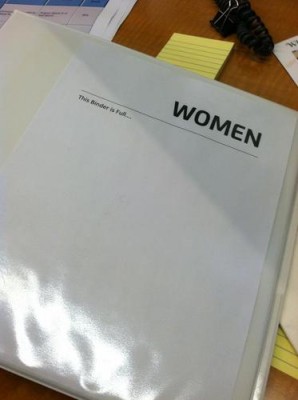 An image uploaded by ‘zigzagzilla’ to the review section of the ‘Avery Durable View Binder’ on Amazon.com

Amazon.com provides a number of feedback spaces. These kinds of spaces are the communicative loops that situate digital consumption. Recently we have seen a number of variations in the form of these reviews. Critically, these reviews include ones that take the form of explicit social commentary and go beyond the particularity of a simple product review. This practice drew me to the thinking about economies of review, as parables for digital communication and consumption. Can such reviews challenge spaces of consumption, transform them, go beyond their commercial logics? If so, could we be reviewing these goods not just on their functional or symbolic usefulness, but on how their production is embedded in social, political and ecological vectors?

In the early days of Amazon.com staff would write the reviews of the books were being sold.[1] Over time Amazon developed an agreement with publishers and newspapers to copy their reviews of books onto Amazon.com. This method evolved into the system of feedback we know today whereby customers themselves are able to create an account and write reviews. Not only can you review products, but also review specific comments of other reviewers. In addition, other customers/reviewers are able to rate the review according to ‘helpfulness’ and, as a result, the reviewer will be ranked in relation to other reviewers. The top 1000 reviewers often receive perks from Amazon such as discounts.

I would like to now distinguish four ‘types’ of reviews. The first, perhaps most obviously, being the ‘genuine’ review that is written by a consumer with the interest of informing the public about the product. Here, “self expression” and “enjoyment” seem to be the driving factors of review writing.[2] Reviewers of this sort do not appear to earn a income from their reviews, but see it as a way to express their opinions about a product in a space where others can used their advice in order to make decisions regarding consumption.

Secondly, there are those product reviews that are written by someone related to the product itself. A well known example of this type of ‘fake’ review was when author R.J. Ellory was ‘outed’ by another author, Jeremy Duns, for writing five star reviews for his own books on Amazon. This practice, called sock puppeting, is not only frowned upon but also goes against Amazon’s customer review guidelines.[3] Here, the benefit of the reviewer is both social and commercial (if you can get away with it). The aim for the author or producer is to sell more of their product and therefore, gain both monetary benefits as well as social capital from the increase distribution and discussion of their work.

Thirdly, and perhaps more subtly, reviewers are given products from companies on the condition that they will provide good reviews for those products online. Although Amazon asks reviewers to state whether or not they have received the product for free, the admission of this aligns with a lack of authenticity regarding the review. Here, reviewers not only receive benefits for their labor with the free merchandise, but because they are writing positive reviews, they tend to be ranked higher on the ‘helpfulness’ scale.[4] As a result, there is more possibility of receiving additional discounts from Amazon for their labor.

A fourth form of review has also appeared over the last few years. That is, ‘social commentary’ customer reviews. Although these are usually humorous and sarcastic, these reviews often have a political and social commentary associated with them. For example, in the Presidential debate on October 16th, 2012, candidate Mitt Romney, when asked how he was going to improve conditions for women in the workforce, stated that he had received “binders full of women” in order to employ more women when he was Governor of Massachusetts.[5]  In the aftermath of this comment, the Amazon review section for one type of binder (Avery Durable View Binder with 2 Inch EZ-Turn Ring) has received almost one thousand reviews since the debate. One such comment by a reviewer named ‘LeeBo’ read, “As a wife and mother, I LOVE this binder. It keeps me in my place, allows me to get dinner ready on time, AND costs 72% of the more masculine version.”[6] In addition, these reviews usually rate the product either very highly or very low on the ‘star’ rating scale. ‘LeeBo’ rated this binder as five stars and 1,518 of 1,582 people found her comments helpful. Therefore, these comments effect the rating of the product on the site as well as alter the reviewing space to one of social and political commentary.

Could these spaces of review be a prominent site to critique digital consumption, and its underwriting material realities?  To answer this question, I would like to propose a fifth economy of review – the political review. This act can be considered more a tactic than a commentary. This political review thinking is spawned off the prior example of the ‘social commentary’ review. The political review would be one that speaks to the practices of the company that produces the product being reviewed: how it pays its workers, ecological ramifications of materials that are being used, how the products position theoretical, sociological and ethical issues. Here, the public (who are considering buying the product) would be made aware of the conditions under which the product is manufactured and distributed through this kind of commentary. Paid or rewarded digital labor in the Amazon.com review economy is excluded here because it necessarily needs to speak to functional and symbolic utility as the commercial economy of review.

The feedback system of Amazon.com is aimed at informing the community of consumption and what products will be bought by who and why. It seeks to provide data for producers on what products are popular and those that are not. The political review could too alter how reviewers inform others of production practices and allows for alternative ways of acting politically within this digital commercial space.