Fear and Data Hoarding in the U.S.A.: The Use of Big Data to Fight Crime 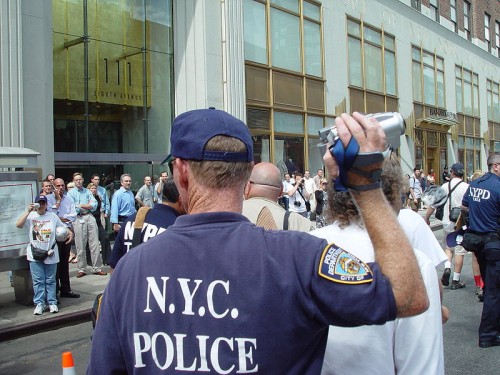 Key components of New York Police Department’s controversial stop-and-frisk strategy were recently struck down by a Federal Judge for violating the Fourth and Fourteenth Amendments.  The controversy surrounding the stop-and-frisk program primarily focused on its racial profiling—over 85 percent of the 4.3 million people stopped since 2003 were minorities. This decision has received considerable attention; however, there was a second component of NYPD’s stop-and-frisk program that was also defeated that received less attention. As part of the stop-and-frisk program, the NYPD made a practice out of permanently recording the person’s name and address in a database that could potentially be used in future investigations. In 2010, New York City passed a law prohibiting the storage of names of individuals whose cases were dismissed, but it took another three years for NYPD to stop this practice after settling a lawsuit filed by the New York Civil Liberties Union (NYCLU) in August of 2013. The NYPD agreed to stop storing the names of people in cases that are dismissed or result in a noncriminal violation. This victory by the NYCLU is a rare win for those who challenged the government’s creation of large databases containing citizens’ personal information.

The stop-and-frisk database is one example of a broader trend of large-scale data collection by the government justified by the possibility that it could be used to prevent terrorism or other crimes. Other examples include the massive surveillance dragnet by the NSA, the use of license plate readers by police departments that indiscriminately record all plates, and a database of government issued identification cards used for facial recognition. The creation and analysis of large databases reflects a larger rationale of risk avoidance that has been perpetuated over the last 30 years (Ericson & Haggerty, 1997). As a result, police departments are now using these tools to fight terrorism and crime. This push for databases is situated in the rationale that someone, somewhere is doing something wrong and collected information may assist in solving the case.

This rhetoric and practice began with the desire to prevent future terrorist attacks following 9/11 and has since permeated law enforcement agencies driven by an intelligence-led policing paradigm that promotes the creation, maintenance, and analysis of databases. The move to creating databases and subsequent analysis of big data can be seen as a product of the continuing relationship of the military and the police and the sharing of technology through Federal grants and training (Manning, 2001). Scholars have previously noted the influence of militarism on United States police culture through the rise of police paramilitary units (SWAT teams) in U.S. police departments during the 1990s (Kraska & Kappeler, 1997). While many post 9/11 trends in law enforcement have focused on increasing the response of police departments through additional funding for paramilitary units, there has also been an increase in funding for crime information centers that can assist departments in problem analysis and intelligence gathering. In addition, the Department of Justice has provided training and guidelines to accelerate the growth of these units. The law enforcement reaction to the Boston Marathon Bombings displayed the ability of analyzing these databases as law enforcement were able to identify the suspected bombers, their social networks, and possible whereabouts using Big Data.  The Boston Bombings are exactly the type of scenario that proponents of surveillance point to in justifying law enforcement databases.

The existence of events such as the Boston Bombings or other criminal activities does not eliminate the need to ask critical questions regarding the necessity to hoard license plate data, use facial recognition software on Facebook to identify friends, or to permanently record personal information for contacts with police officers. The issues surrounding the creation of citizen databases by the government does not force people to choose between privacy and using these tools to solve crime(s). But it does require that questions be asked as to how we can protect our privacy and ensure that the use of these tools does not pervade our everyday lives.

The proliferation of big data within police departments and the push to analyze this data raises two questions regarding the future relationship between the state and its citizens: First, is our safety so threatened that we need to be constantly watched and our personal lives analyzed for potential threats?; and second, what limitations should be placed on police departments in their creation of databases to ensure people do not get caught in the surveillance dragnet? If these questions are not asked and given consideration, we, as citizens, will lose our influence to effect change.