Childhood Maltreatment and Adult Offending: A Look at Female Inmates in the U.S. 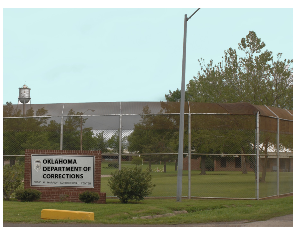 In a post from last July, I wrote about Patricia Spottedcrow. In January of 2010, when she was 24-years-old, Spottedcrow was arrested for selling $31 worth of marijuana to a police informant at her residence in Kingfisher County, Oklahoma. Although she had no prior criminal record and the amount of marijuana sold was small, Spottedcrow was sentenced to 12 years in prison and assessed approximately $2,740 in fines. Following public outcry, the governor approved the Pardon and Parole Board’s recommendation for parole. Spottedcrow was released from prison in November of 2012.

With this earlier post, I used Spottedcrow’s case as an illustration of Oklahoma’s long history of being overly punitive, especially against women. The state with the largest female prison population per capita, Oklahoma incarcerates nearly twice as many women as the national average (134 per 100,000 female residents in Oklahoma vs. 69 per 100,000 female residents in the U.S.). Considering the relatively low recidivism rate of women released from prisons in Oklahoma as well as the state’s emphasis on fiscal conservatism and family values, I questioned why Oklahoma elects to incarcerate so many of its women. In an attempt to answer this question, I proposed that Chesney-Lind’s (2006) idea of “vengeful equality” could be at work in the state. Essentially, vengeful equality supports the notion that “bad” females deserve to be treated the same—if not worse—as “bad” males. By seeing the world through this mindset, I contended, it becomes easier to understand why states like Oklahoma have such a penchant for punishing law-breaking women.

When recently thinking back on Spottedcrow’s story and how Oklahoma treats its female offenders, I began to better appreciate the importance of the factors that lead to females offending in the first place. As many feminist criminologists have argued, one factor that prominently predicts crime involvement for females is having a history of maltreatment. Consider sexual abuse, for instance. Compared to men, women have been found to be much more likely to report being sexually abused at some point in their lives (Gaarder and Belknap 2002). For those females who experience sexual abuse early in life, research suggests that they are at risk for dealing with their experiences in ways that can bring about a host of new problems. For minor females without the skills and resources needed to cope with their traumas, they are in danger of running away from home and consequently being exposed to violence, delinquent peers, and drugs on the street (Chesney-Lind and Shelden 2004). If caught, run-away females further risk being returned to an abusive home or being placed in a juvenile detention facility. Adult female victims of sexual abuse have likewise been found to be more likely to be involved in deviant behaviors and to have higher levels of strain than those women who were not sexually abused as children (Mullen et al. 1996). As Agnew (2006) notes, exposure to chronic strain, negative emotionality, and low levels of constraint may even allow deviance to become a desired lifestyle. In fact, the feminist pathways perspective contends that there is a link between early abuse and offending later in life (Widom and Maxfield 2001). 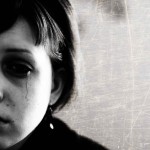 So, what does this mean? To me, the most important implication is that female victims of childhood maltreatment are often unable to acquire the types of assistance that they need to cope with their traumas. When they do not receive the appropriate level of help, these victims are at risk for developing mental health problems and/or substance abuse addictions that may then increase their likelihood of future criminal offending. As such, it seems essential (1) to work towards eliminating childhood abuse and neglect and (2) to provide child victims of maltreatment the assistance and services they need to become successful survivors. In the midst of budget crunches and political fighting, however, reaching these goals can seem rather elusive. Considering such obstacles, what are some practical approaches that we can use to prevent childhood maltreatment and to help child victims of maltreatment? What do you think?

Widom, Cathy Spatz and Michael G. Maxfield. 2001. An Update on the “Cycle of Violence.”U.S. Department of Justice, Office of Justice Programs, National Institute of Justice.