Hoarding and other disorders – are they rooted in the mind or the market? And what does this tell us about mental illness? 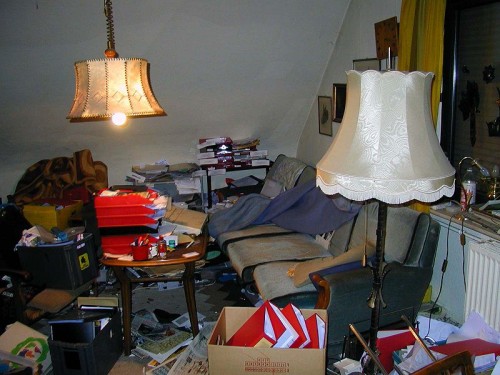 Of late, behaviors such as hoarding are getting a lot of attention. TV shows devoted to the tormented lives of hoarders have hit the scene and certainly, an increase in interest among mental health professionals and the media has surfaced. There are several substantive sociological issues here that go beyond the psychological elements and individual consequences of hoarding behavior – or buying, spending, drinking, gambling – all of which are considered by the American Psychiatric Association to be disorders in and of themselves or at least symptomatic of other disorders such as anxiety or bipolar disorder. Compulsive buying is another example. While not considered to be a disorder of its own, compulsive buying is being considered as such for the new version of DSM to be released in 2013 and is already listed as a symptom of Bipolar disorder. Jennifer Hemler, for instance, in her forthcoming paper, “The Medicalization of Compulsive Shopping: a Sociological Disorder in the Making,” describes how compulsive buying is rooted in much more than psychological disorder or an imbalance of brain chemicals.

If you’ve ever experienced a hoarding home, you know it can be unsettling and even disturbing and that the consequences to people’s social lives and sense of self  and even physical health can be disastrous.  While it is important to know about hoarding as an experience, it is crucial for sociologists a 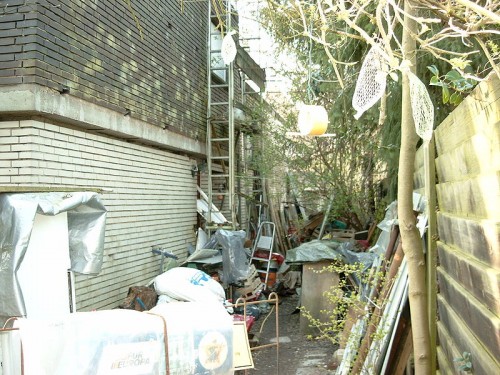 nd other social scientists to focus, in addition, on several questions: When does one become a so-called hoarder – i.e. what’s the line between messy and hoarding? Another question of importance is whether hoarding should be considered a symptom or consequence of anxiety, as the article below from NPR suggests. Or, is it really the other end of the spectrum from something like Obsessive Compulsive Disorder, an anxiety disorder? And finally, the subject of my inquiry today: when we’re talking about disorders like hoarding or compulsive buying, another disorder involving the collecting of items, usually superfluously, are these not possibly disorders that could only take place in a society that so compels us to want stuff and to buy things? Might the presence of stuff  as a comfort – whether it be new items stored in closets, never to be worn or used, or surrounding oneself with used, broken, generally useless items to the point that there is barely any empty space – much more likely be a result of the anxiety about having things, buying things and possessing things that is so central to our consumer society.

As Americans, we push people to want things, expensive items – cars, houses, clothes, electronics. The majority of Americans are in debt because of their desire for and acquisition of items well beyond their means. Foreclosures are rampant because we live in houses with mortgages beyond our reach. Most of our children have gadgets that are each more expensive than our cumulative property at their age. And while most of us do not hoard items to the point where we can barely live in our homes, barely move about our space freely, it certainly makes sociological sense (as well as good common sense) to at least consider the context in which these “disorders” arise.  If we do so, we might question if these behaviors are not closer to a normal response to particular social stimuli than mental disorders. Surely, I will not argue that there may also be psychological mechanisms implicated here, but to classify this type of behavior, that could only take place in a particular kind of society with a particular set of values, seems not only inaccurate, but potentially damaging (see the blog by Allan Horwitz, below).

For Hoarders, The Mess Begins in the Mind

DSM V: Getting Closer Pathologizing Everyone by Allan Horwitz