When critiquing harmful beauty practices becomes an ahistorical media spectacle: A reading of Jessica Simpson's "The Price of Beauty" 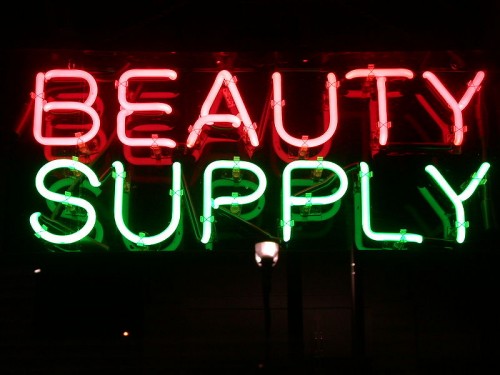 In what appears to be a inauthentic contrast to its current menu of celebrity reality programming, VH1 has begun airing a program titled Jessica Simpson’s The Price of Beauty, which is summarized by Simpson in the following statement from the beginning sequence of the program: “I’m going to travel the world and see what makes a woman from different cultures feel beautiful.” Simpson, the singer-turned-reality show star who has been recently ostracized by media outlets for relationship drama and weight gain, is joined by two “friends” that assist her in an exploratory exercise that takes her to such places as Thailand, New Zealand and France. Some phrases that she offers in the opening of the program include: ““I wanted to sit with people and listen to what their definition of beauty is,” and, “I want to see the lengths that women go through to make them feel beautiful in their environment.” While the title of the show, The Price of Beauty, seems to embody a critical stance similar to a Media Education Foundation-style assault on harmful beauty practices, the message of the program seems to be less direct and more mixed, with apolitical, and ahistorical tendencies. In a particularly revealing cultural moment, Simpson remarks: “I thought Thai massages came with happy endings, I was just wondering where mine was.”

Rather than critique the embarrassing behavior of Simpson and her companions (laughing during Buddhist meditation, wearing extremely high heels while attempting to critique beauty practices, etc.), there are two other issues that I would like to point out. First, rather than include a critique of US beauty practices – the beauty practices that have caused Simpson to feel so much “pressure” to feel beautiful – this program focuses on other, or Other, cultures. Second, while this show does include some harmful effects of beauty myths (light skin is more beautiful, a thinner physique is more beautiful), it focuses most of its content on the ways that women make themselves beautiful through massages, fashion, etc. In other words, larger “why” questions remain unresolved. Why have these beauty rituals developed? Why have such-and-such adornments or attitudes been deemed “beautiful?” While The Price of Beauty cast travels and attempts to experience different “cultures,” they refrain from questioning structural influence. While the various constraints of the televisual medium do pose an obvious hindrance to a deeper analysis on a network such as VH1, the fact remains that this program does not offer a critical analysis of “the price of beauty.” Rather, it is an exploration of the ways that women make themselves beautiful (the cast engages in spa treatments, cuisine exploration, etc.) peppered with interviews (one per show) with women who have suffered in order to embody the cultural myths of “beauty.” In the end, while The Price of Beauty has its flaws, it still offers a dialogue that has been absent in mainstream US pop culture. But how effective is this constrained, watered-down dialogue? I think I’m going to stick with Naomi Wolf (among others) and refer to popular culture for examples of harmful beauty practices, not critiques of it.

Beauty Work: Individual and Institutional Rewards, The Reproduction of Gender, and Questions of Agency