When the American entertainment industry and Haitian politics collide: The case of Wyclef Jean and his potential presidency 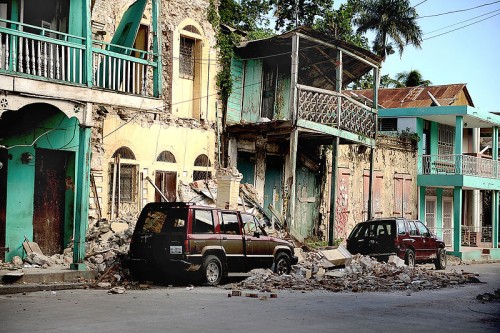 Now that Wyclef Jean has officially announced his bid for president of Haiti, serious questioning has (temporarily) replaced snap skepticism in an attempt to understand the recording artists’ motives, plans and eligibility. While Jean’s “Open Letter” offered a characterization of his emotional investment, a recent interview with Rolling Stone offers more campaign-specific clues. According to a report posted on the magazine’s website today (10 August): “Jean says ‘the number one problem in Haiti is corruption,’ and in addition to repairing the nation’s infrastructure, he would make it a priority to move all of the earthquake-displaced citizens out of their makeshift tent cities and into ‘agrarian villages’ that will provide basic necessities like food, water and shelter. Jean also foresees a solution for the unemployment problem. ‘With everything going on in Haiti right now, the contracts that will be coming in within the next six months to a year, you should be able to put a population to work right now’.” The FAQ section of his campaign website offers additional outlines for change on issues such as education and poverty, but it refrains from any concrete political plans. Citing Nelson Mandela as a significant influence, Jean is running as a non-partisan “neutral” candidate under the “Viv Ansamn” (“Live Together”) party, which is primarily interested in hearing multiple points of view rather than staunchly sticking to one ideological perspective.

Unfortunately, however, Jean’s successes within American capitalism as a recording artist and his participation (founder) with the Yele Haiti Foundation after the earthquake (which is under scrutiny for financial misconduct) aren’t winning over the Haitian population. The LA Times reports that even though most of the younger population supports him, older residents are confused due to the fact that he doesn’t speak their language, is not a politician and has not lived in Haiti since he was a child. In an LA Times article titled, “Can Wyclef Jean Save Haiti?” Joe Mozingo quotes several residents that are less than thrilled with the bid. Mozingo writes: “Jean, 39, might need to do more convincing among members of the intellectual and political class, many of whom are skeptical that he could legally qualify as a candidate, much less govern this country. ’First, he doesn’t know how the state works,’ said Laennec Hurbon, a prominent Haitian sociologist. ‘He hasn’t any knowledge of the political parties. This is not a good thing for democracy in Haiti.” In addition, American celebrities (Jean’s colleagues) have been outspoken regarding Jean’s recent political activity. During a CNN interview, Sean Penn stated: “This is somebody who’s going to receive an enormous amount of support from the United States, and I have to say I’m very suspicious of it, simply because he, as an ambassador at large, has been virtually silent. For those of us in Haiti, he has been a non-presence.” And Jean’s former Fugees bandmate and Haitian native, Pras Michel, recently spoke out against Jean, stating that he “wasn’t the right type of leader to help the poverty- and earthquake-ravaged country of Haiti,” according to MTV.com.

Whether or not a disaster-torn country will benefit from a political spectacle prompted by an American celebrity is unknown. However, what is known is that this political development has led to polarizing responses from many communities. And while Jean’s bid surfaces questions surrounding the construction of qualifications for “presidency,” the fact remains that he truly does care about Haiti. But is “caring” enough to lead a politically and economically distressed country out of turmoil? Personally, this situation reminds me of Naomi Klein’s The Shock Doctrine, but only time will tell.