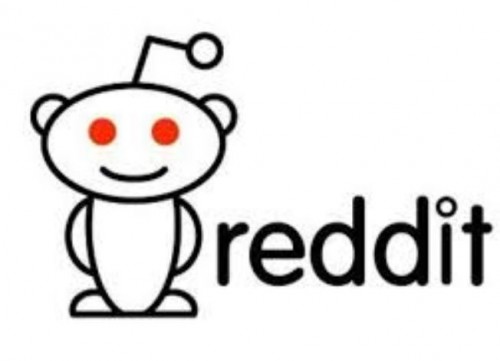 **Warning: This posting contains content some readers may find disturbing.

Recently, a student told me about a 2012 Reddit thread where a Reddit user invited rapists to tell their stories and the motives behind their sexual assault(s).  Although the posts and all comments connected to the post were eventually deleted, the thread sparked heated debates not only on Reddit but on Jezebel and in the Huffington Post. And despite the site’s attempt to remove the content of the thread, it took me less than fifteen minutes find a large section of the postings and comments in the Museum of Reddit.

My initial reaction to this content was disgust and outrage.  I was concerned about the way a forum like this could re-victimize survivors and even validate sexual assault.  I was not the only one who found the thread dangerous.  A psychiatrist responded to the thread arguing that a forum like Reddit’s can be a trigger for rapists and would be rapists.

Despite a gut feeling that it was a bad idea, I decided to examine the kind of content and commentary on the thread.  I opened the Museum of Reddit page and began to read some of the original postings and comments.  One posting began, “I have raped both the girls I have had long-term relationships with, each on more than one occasion, and each time has been among my most enjoyable and memorable sexual experiences.”  While some readers responded by saying, “He sounds like a psychopath” or “That’s terrifying, in the worst way… the fact that it’s realistic.”  Others thought the post sounded fake and believed the post was pure fantasy.

More terrifying were posts by “want to be” rapists.  One post read, “I am quite risk averse and not yet physically fit enough to reliably overpower another person, so have not yet attempted to rape a girl…”  Attackers who were working themselves up to assault could find tips like, “They would come over, and I’d always make sure it was real cold in the room, cold enough so that when we started watching the movie I’d say something about being chilly, and grab a big fleece blanket for the both of us” or “Everyone knew me, and I worked with the police a lot, with administrators, and campus officials. I was on first name basis with the Chancellor and the President of Student Affairs, so if anything came down to a he/she-said I figured I’d be in the clear. Having her come over to my place also made it seem less predatory, as she came into my domain, and could leave at any time.”

So why focus on this post now?  Why when it has been critiqued and analyzed by Reddit users, other bloggers, academics, and advocates?  Why examine this thread when it has been technically removed by Reddit?  I wanted to write about this posting because of the reaction of the student who told me about the site.  At one point in this brief discussion, the student told me, when looking at the original site there was a comment about women making false rape allegations.  The commenter had gone on a tirade describing these women as “scum of the earth.”  Since I could not find the thread in its entirety, I asked the student about the context of the comment.  The student simply replied, that s/he had heard of real cases of girls doing exactly that, implying there was a hidden population of college girls crying rape for attention or revenge.  I was concerned by the student’s statement, but I had never considered examining the number of false allegations of sexual assault.

I walked away from the discussion (and this posting) feeling saddened and frustrated.  Sadden by the realization that we still live in a rape culture in the United States.  Victims are blamed.  Rape is trivialized.  Survivors struggle to be believed.  I was frustrated by the way rapists, commenters, and readers made justifications for sexual assaults.  That being said, it is important to note the thread included numerous comments that condemned any and all forms of sexual assault.

I am not sure what I thought I could learn by reading posts written by self-labeled rapists.  I think it will take me a while to process the content of the thread as well as my student’s reaction to it and determine how to use this experience to promote an end to all forms of sexual violence.

Brownmiller, Susan. 1993. Against Our Will: Men, Women and Rape. Fawcett Books: New York.