Toward a Quantified Life?

Recently, I have been thinking a lot abo 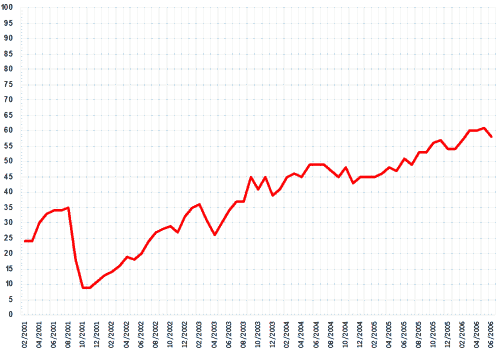 ut how much of our lives are being captured and translated into numbers, percentages, and statistics. It seems that no matter where one turns, some aspect of our social life is being measured quantitatively. Of course, this is not a new phenomenon – things like age, weight, body mass index, intelligence quotient, height, and physical aptitude scores have been with us for some time now. However, it appears that this movement to quantify and measure aspects of our social life and then translate them into numbers and statistics has increased with great haste; perhaps resembling a juggernaut out of control. While gaining acceptance among many circles and embraced as a way to better one’s life, this movement as often been termed as the ‘quantified self’.

Coming across Linster’s article entitled ‘Is the Quantified Life Worth Living’, he highlights that the tagline to the quantified self-project is ‘self-knowledge through numbers.’ There can be little doubt that people are, now more than ever, able to capture their daily activities numerically and reflect upon them. This, however, is also becoming more evident in today’s corporate and commercial worlds. Whether assessing employing productivity, one’s level of satisfaction, or how many times a specific web-page is visited, it seems that more of our lives are being measured in efforts to ‘better’ them. Kevin Kelly, blogging about the quantified self, writes:

Through technology we are engineering our lives and bodies to be more quantifiable. We are embedding sensors in our bodies and in our environment in order to be able to quantify all kinds of functions. Just as science has been a matter of quantification — something doesn’t count unless we can measure it — now our personal lives are becoming a matter of quantification. So the next century will be one ongoing march toward making nearly every aspect of our personal lives — from exterior to interior — more quantifiable. There is both a whole new industry in that shift as well as a whole new science, as well as a whole new lifestyle. There will be new money, new tools, and new philosophy stemming from measuring your whole life. Lifelogging some call it. It will be the new normal (Linster, 2011).

As a side note, this emerging phenomenon certainly reflects larger trends and shifts in society. While measuring ‘life’ has its roots firmly in the medical field, recent literature suggest that the medical and even actuary model for capturing life quantitatively is being adopted for other purposes. Today’s contemporary social-scape has been gripped by a remarkable trend: the insecurities stemming from a profound risk awareness and aversion that has transformed operating paradigms. Beck (1992) and Giddens (1990, 1991) wrote on the idea of a risk society in which “risk has become a central, generalized preoccupation, to the extent that it is configuring contemporary institutions and contemporary consciousness” (Hudson, 2003: 43). Consequently, crime control practices and policies have made predicting, identifying, and managing irrational risks that threaten the rational order a central objective (Erikson, 2007; Simon, 2007).

To return – as more of life becomes data, are its qualitative aspects diminishing? As the quest to become better quantitatively becomes the model, does qualitative reflection take backseat? To be clear, there are advantages to quantitatively capturing certain aspects of life; whether for health reasons or self-improvement. However – when this becomes the dominant model, when it organizes, manages, and controls – when does it begin to infringe upon the qualitative moments?