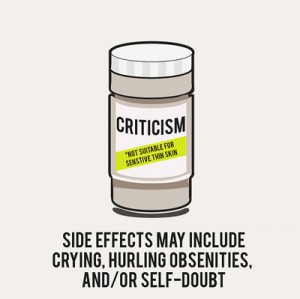 This post comes with an apology, and a part-retraction. My previous post: “Not being on “Team Bublé”: Musicians, Gender and Unspeakable Inequalities” was subjected to great criticism by a good friend of mine, who was at the concert with me. In order to rectify that I have made some edits to the original piece, but wanted to explain them more fully in a follow up. Having been a student for the best part of my adult life most of my writing has been formal essays and papers, so this is a rare opportunity to correct mistakes and expand a little, such is the benefit of blogging.

To start, I have to correct some basic factual errors. My friend informs me that my (often impression-based) memory was wrong – the female musicians were on stage for a lot less time than the male, and thus much less integral to the concert. Additionally, Michael Bublé apparently did acknowledge them and had some conversation with at least one of them, although neither of us can remember what that contained. The lack of prestige given to the female string group was most likely reflective of the difference between session musicians and a fixed group or band, rather than because of the type of music or the gender of the musicians. As highlighted in the American Football-esque introductions many members of “Team Buble” had been performing with him for up to ten years. The camaraderie offered and emphasized by the nicknames and interaction between the members of the group was reflective of a shared history, something Bublé acknowledged.

The most important thing I want to assert though, is that the article was never written to insult any of the people involved in what I was critiquing. I was trying to bring light to where there are gender inequalities in the music business, and identifying patriarchal structures is not and shouldn’t be the same as calling people sexist. Critique is not the same as criticism.

At ‘A’ level, I took classes in Sociology and Psychology, both of which were taught by the same teacher. His advice to those of us taking both was to remember that unlike in Psychology where a criticism must always be a flaw or a weakness in the research, Sociological critique could be positive OR negative. This has stuck with me, and is one of my favourite things about Sociology; I love being immersed in an academic world that prizes weighing up many aspects of a phenomenon or problem before answering, and where it is okay to sit on the fence between two points of view. Sociologists seem to love the grey area between black and white. Even in our answers we are so often convoluted and confused, changing our minds and always arguing both sides to justify our conclusions. Unfortunately, whilst this rambling and abstract discussion works well enough with peers or colleagues, when it comes to producing papers, essays, blog posts or any form of opinionated prose we are (understandably) required to express an opinion and argue it clearly, without hyperbole: something that isn’t always easy in a short post.

Being a student has made me more verbose, and more rambling. It hasn’t yet made me more concise. It also means answers frequently come with caveats; statements such as “generally speaking”, “perhaps”, “research has indicated” (note that research doesn’t “prove” or “show”, it “indicates”), and rhetorical questions all combine to make sure my answers are both reasoned and reasonable. However, this can have the added effect of making Sociological writing painfully lack-lustre. It is not argumentative or deliberately provocative like journalism.

I can only speak for my experience, but I’m sure these issues aren’t only applicable to Sociology. In any discipline an argument is only useful until it is proved wrong, and it is when individuals refuse to change their argument despite clear evidence against them that the principles of good research start to fall down. However, critique is not criticism, and most importantly the point is that to analyse a practice or phenomenon as sexist or unfair is not to try to blame an individual for their part in the practice. The point of my previous post was not to claim Michael Buble is sexist, but to attempt to highlight how a small incident I observed is representative of wider social inequalities, whilst potentially sparking some debate. On the last point, at least, I succeeded.