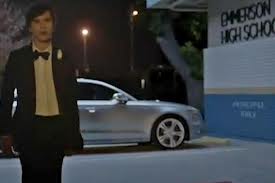 In the wake of the U.S. Superbowl on Sunday, news sources and social media outlets are reporting on the notorious commercials that accompanied the big game. With every year, the Superbowl commercials seem to become a bigger spectacle. Anticipation and expectations are always high. Viewers tune in to see commercials that are greater, funnier, and more elaborate. Perhaps not coincidentally, the commercials seem to become more controversial and even more offensive. Viewers, commentators, and journalists now are quick to note the sexist, racist, and generally problematic nature of these commercials.

For example, the Audi commercial has created controversy for its presentation of masculinity and its reference to sexual assault. In this commercial, a teenage boy is getting ready for his prom. It seems as though he is not a popular guy in his school and so he sets out for the prom on his own. Luckily, his parents lend him their Audi for the occasion. Once in the Audi, the teenager is transformed. Girls look at him differently. He feels powerful and self-assured. He arrives at the school, parks in the principal’s designated spot, and walks confidently into the prom. At this point, he finds a beautiful teenage girl, grabs her, and kisses her without her permission. Though she is surprised at first, she eventually appears to give in. The girl’s boyfriend, on the other hand, is not impressed. The final scene of the commercial is the teenage boy driving away with a black eye, probably given to him by the enraged boyfriend. Though he has a black eye, he seems triumphant with his conquest for the night.

Sociologists and critical news commentators will note a number of problematic aspects of this commercial. The commercial endorses a particular view of masculinity that grants power and bravery to men through the consumption of goods, in this case cars. Of course, this is how commercials work: in order to sell us goods and services, it is advantageous to appeal to our cultural beliefs. If we believe that we can achieve a desired status, in this case successful masculinity, through consumption, the product becomes more desirable. In this commercial, the teenage boy is only able to feel confident once behind the wheel of the Audi. This car is the key to his “successful” performance of masculinity.

Yet, there is another problem of masculinity presented in this commercial: the unwanted sexual advance on the teenage girl at the prom. Given the teenage boy’s new found confidence, he now feels entitled to do whatever he wants. This is evident once he parks in the principal’s spot at the school. More problematically, he feels entitled to kiss the girl in the prom, even though she is taken by surprise and does not consent. This type of unprovoked and unwanted sexual advance is a form of sexual assault.

In the context of the commercial, we might think we understand the motivations of the teenage boy. The point is to root for his successes so that we believe that we can achieve a similar confidence by purchasing an Audi. But what are the consequences of this type of commercial that draws on an entitled version of masculinity just to sell a car?

What do other Sociology Lens readers think about this commercial? Or any other the other Superbowl commercials?