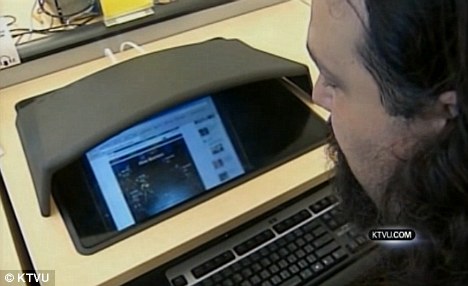 Should public spaces, like libraries, ban pornography? This past week, the San Francisco Public Library made it easier for those who want to use the library’s online services to view illicit materials by installing shields on 18 of its public computers at the Civic Center branch. In the tradition of anti-censorship, the librarians refuse to censor websites, including those containing pornographic materials. Yet, they want to address concerns from some of their patrons who were troubled that they might accidentally see inappropriate content while visiting the library. A librarian reported to KTVU that they are “always looking for any kind of elegant solution that strikes a balance between the right to privacy and folks that want to use the library for any other intended purpose.” The privacy shields attempt to achieve this balance by protecting unwanted eyes from viewing others’ screens.

Yet, I think these concerns will turn out to be unfounded. On a practical level, how many people will look over someone’s shoulder to view the content on their computer? However, my support for the privacy shields is grounded in my anti-censorship perspective. Like the San Francisco librarians, I do not support censorship, especially of pornographic materials. This stance is informed by my position as a feminist and a researcher of pornography.

Since the 1970s, many feminists have called for the eradication and censorship of pornography. Anti-pornography feminist organizations, like Women Against Pornography  in the 1970s and Stop Porn Culture today, argue that pornography is harmful for women: Pornography causes violence against females. The perceived (yet ultimately unfounded) connection between pornography and violence against women led to public initiatives like the Minneapolis Anti-Pornography Civil Rights Ordinance , which sought to hold pornographers civilly responsible for violence caused by pornography. Yet these initiatives were short sited and politically disingenuous, especially since empirical evidence has yet to show a significant link between violence and pornography consumption. They did lead, however, to unlikely – and unhealthy – alliances with political conservatives who shared only the concerns about pornography and not the larger feminist goals of gender equality. In places where anti-porn ordinances actually passed, like in Canada, the result was a disproportionate amount of censorship of lesbian, gay, bisexual, and transgender erotic materials, showing that such political moves can be co-opted to further other forms of discrimination (see Segal in More Dirty Looks). Given this history, we have reason to be wary of censorship, especially since these types of initiatives can be so easily co-opted by those who ultimately may not share similar goals.

The San Francisco librarians are also wary of censorship, but they have found a solution that should appease most people. The privacy shields are a good middle ground. They allow people to access illicit materials without exposing others to the content. People can make the choice to view pornographic materials or they can avoid the 18 computers with the privacy shields. What do you think? Do you support the San Francisco library policy?