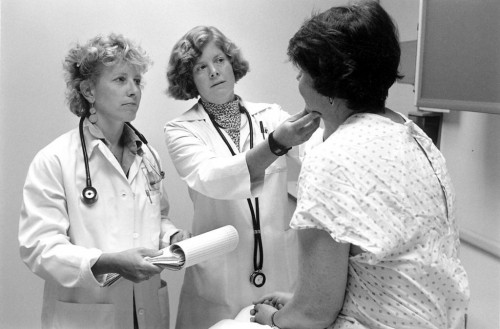 In recent years, debates have swirled over whether or not physicians should be allowed to hasten the death of their incurable patients. Although the Hippocratic Oath forbids medical doctors from prematurely ending the lives of their patients, questions still remain over how physicians should respond to the needs and to the wants of terminally ill individuals. Although the legality and ethics surrounding assisted suicide have been pondered since antiquity, these issues were brought to the forefront in the U.S. during the early 1970s with the arrival of the pro-euthanasia movement. The goal of this movement was to increase the rights of people with terminal illnesses and to give these people more control over their destinies (Menon 1991). Since this time, physician-assisted suicide (PAS)—which Schroepfer (2008)defines as the event wherein a physician provides a competent, terminally ill patient with a prescription of lethal drugs—has become increasingly recognized as a phenomenon deserving of more attention.

Currently, most U.S. states outlaw physician-assisted suicide. Despite the continued illegality of PAS, Quill and Greenlaw (2008) argue that many doctors in this country elect to end the lives of their seriously ill patients by following a practice of “don’t ask, don’t tell.” In recent years, however, the clandestine nature of this practice has begun to change in a few states. This is because although the U.S. Supreme Court ruled in 1997 that Americans do not have a constitutional right to physician-assisted suicide (Washington v. Glucksberg and Vacco v. Quill); the Court decided in 2006 that the legality of PAS is up to the individual states (Gonzales v. Oregon). Since this latest ruling, places like Oregon, Washington, and Montana have legalized highly regulated forms of physician-assisted suicide. There is currently building momentum in Hawaii, Vermont, and Massachusetts to legalize PAS in those states, too (Span 2011).

Still, there are many groups that are highly resistant towards efforts aimed at legalizing physician-assisted suicide. Right-to-life groups, the Catholic Church, and those who represent the disabled have all fought vigorously to dissuade voters from approving PAS initiatives (James 2011). The American Medical Association, too, resists decriminalizing doctor-assisted death. To these organizations, PAS is like a slippery slope that may adversely effect the elderly and the impoverished. Rather than regarding PAS as a way to end unneeded suffering, these groups contend that any type of assisted suicide is morally wrong and dangerous. Despite these arguments, however, early reports on the use of PAS in Oregon suggest that the vast majority of terminally ill people never apply for doctor-assisted death while those who do request such assistance typically do not come from disadvantaged groups (Oregon Health Division 2010).

As for how the average American feels about physician-assisted suicide, Emanuel (2002) has noted four general conclusions. First, depending on the wording of the questions and the types of choices offered, public support for PAS can vary widely, ranging from around 35% to around 65%. Second, while support for PAS rose in the 1970s, it has remained relatively stable ever since. Third, Americans do not make much of a distinction between physician-assisted suicide and euthanasia. Although both acts involve patients who are competent and who want to die, PAS is typically defined as a doctor providing a terminally-ill patient with death-inducing drugs for self-administration while euthanasia is usually understood to be an act where the doctor is the one who administers the death-inducing drugs (Materstvedt et al. 2003). Fourth, certain demographic variables consistently and strongly predict support for or opposition to PAS. More specifically, people who consider themselves to be religious, African Americans, and the elderly are generally more oppositional to physician-assisted suicide. Women, too, are typically less supportive of doctor-assisted death. 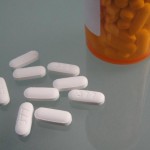 Considering such findings, what will the future of PAS look like? Will opponents of the issue be successful in their attempts to keep it illegal in the majority of U.S. states or will the issue’s proponents continue to make headway in their effort to legalize physician-assisted suicide around the country? Either way, Mitchell (1998) points out that PAS is destined to become an increasingly salient topic in the U.S. as the population continues to age, as medical advances continue to extend people’s lives, as healthcare costs continue to rise, and as more individuals continue to resist dying in institutions as opposed to dying at home. As a result, it seems likely that PAS will become a more well-known and discussed topic in the years to come. Yet, the question remains, will physician-assisted suicide become a perpetually polarizing issue like abortion or will it become an accepted medical procedure? Only time will tell. But in the interim, what do you think?

Emanuel, Ezekiel J. 2002. “Euthanasia and Physician-Assisted Suicide: A Review of the Empirical Data from the United States.” Archives of Internal Medicine 162(2):142-152.