Lara Logan, agenda-setting, and the politics of sexual assault coverage in mainstream media 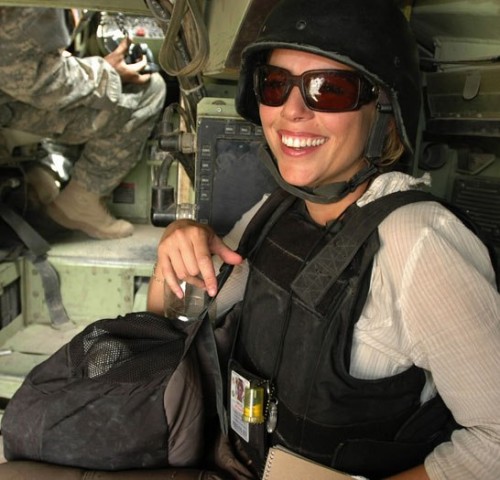 After CBS released a statement (15 February) that their chief foreign correspondent, Lara Logan, had been, “surrounded and suffered a brutal and sustained sexual assault and beating before being saved by a group of women and an estimated 20 Egyptian soldiers,” news of the unfortunate event (which occurred on 11  February, the day Mubarak stepped down) instantly spread to various mainstream news media outlets, including BBC News (“CBS’s Lara Logan attacked by Egyptian mob in Cairo”) to The Huffington Post (“Lara Logan Suffered ‘Brutal’ Sexual Assault in Egypt“) as well as feminist blogs including Feministing (“When rape is a risk that comes with the job”) and Jezebel (“CBS Reporter Lara Logan Sexually Assaulted in Egypt”). The Committee to Protect Journalists, an organization of which Logan is a current member, released the following statement from CPJ Chairman Paul Steiger: “We have seen Lara’s compassion at work while helping journalists who have faced brutal aggression while doing their jobs. She is a brilliant, courageous, and committed reporter. Our thoughts are with Lara as she recovers.” While sexual assault is an otherwise private matter for most, the CBS statement ended with the following – “There will be no further comment from CBS News and correspondent Logan and her family respectfully request privacy at this time” – confirming that the story was released with Logan’s consent. This story has received so much attention that by 10:07pm MST, The Huffington Post version of the story had been recommended by 4,564 Facebook users and had generated 1,346 comments.

After a review of comments from various posts/articles, it appears that this incident has been received with divergent reader reactions, including worries over the future of female journalists, worries over the worry over female journalists, anger at Egyptians, and anger at Logan for returning to Cairo after she was previously detained by Egyptian authorities. However, aside from reader reactions, other interesting and related questions remain: What are the politics behind releasing this particular story at this particular time? Why was a story about the sexual assault of a female journalist the primary story on The Huffington Post? Is this story being “used” politically? If we take into account the agenda-setting function of media and its notion that “media don’t tell us what to think but what to think about,” this particular story, officially released four days after the assault and during a wave of new protests from Islamic countries, may work to reignite fears about the Egyptian public, anger at Obama for supporting Egypt, fears about protests in Bahrain, etc. and, in addition, may serve as detrimental support for the argument that female journalists should no longer cover dangerous situations. On the other hand, however, this story could bring attention and success to the need to enact policy on the protection of female journalists (based on gender violence, not gender inferiority). According to Feministing’s post: “Doing everything in our power to ensure the safety of women reporters – and supporting them unequivocally when that safety is threatened or violated – isn’t just important on feminist grounds. It’s important on journalistic grounds, too.”

Studying the Sociology of Journalists: The Journalistic Field and the News World by Roger Dickinson