Silence Does Not Equal Siding with the Oppressor: Why I Decided Not to Attend the March 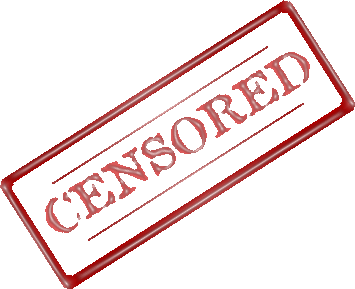 Aside from disliking huge crowds, there are many reasons why I decided not to attend the Women’s March this upcoming Saturday (January 21st, 2017). This inauguration is scary and telling of times to come. It has been a while since I have been this scared, especially after moving to a red state. Up until now, I have been steadfast in my sociological training. Many professors tell budding sociologists they need to be (p)olitical as opposed to (P)olitical because objectivity is key to being a great sociologist. With the upcoming inauguration and our soon to be president, I decided to be (P)olitical for once. I had, originally, decided to march with everyone to show my solidarity and subjectivity as a person. Besides, the mantra of silence indicates your allegiance with the oppressor has haunted me (Lorde 1984). Yet, after thinking, probably too much, and mulling over the implications of attending such a protest, I decided to remain (p)olitical and write this instead.

Lorde (1984) had, also, expressed to us that we cannot use the master’s tools to fight the master. So, what are we to do? What is this conundrum we live? Lorde (1984), although not a sociologist, has made a significant impact in feminist epistemologies, which has influenced some sociological thought (mine included). Thus, how am I to engage in an objective critique about the systems at hand that do not care about my subjectivity? How, as a budding academic, am I to qualm the concerns of students and colleagues when I am supposed to be objective?

So, instead of writing a traditional sociological blog, and instead of marching, I will write a sociological poem that will engage with the discipline a bit differently. It may be hard at first to read the poem as sociology, but it will be ripe with sociological concepts. Consider this my (P)olitical activism and keep your eyes open for the sociology.

For Lorde tells me I side with my oppressor,

I side with him because of my silence I’m told.

But how can silence be indicative of allegiance,

When silence is all I have ever been told.

A history of colonization,

A history of displacement.

A history of silence,

A history of whitening the race.

My light skin fools my community,

I do not belong with people of color,

And I’m too dark for the Englishman.

It is not fun.

Are you sure they’re the right one?

This is my fate,

This is my curse.

My ethnicity has conversed.

Led to a journey,

A journey of faith.

Faith to find a community or place.

Only to behold no place to face,

Only to find faces filled with hate.

What are you, who are you,

Where are you from?

Do you speak English, Spanish,

Or some other tongue?

You’re not too masculine,

Neither effeminate at best.

Or are you just a hot mess?

I do not know my stance,

I do not know where to steer.

Cursed at, yelled at,

Attacked for being me.

This silence is me.

The story of American history,

The story of thee and me.

I will not be sorry,

I will not break my silence.

My silence is not indicative of anything,

But indicative of my non-compliance.

So, before you judge,

Or does it indicate some other feat?

My very existence is non-compliant,

It confuses those who cannot undo.

Why should I break my silence,

When my body solicits those unwanted views?

That I cannot deny.

But here I will give it a try.

Silence has shown me the way,

Silence is in my writing.

Silence is in me.

Merle Miller. On Being Different: What it Means to be Homosexual, (1971).