In Defense of Trigger Warnings (… as a Practice, not a Policy) 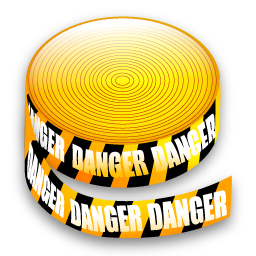 Over the past few months, numerous publications have discussed – and mostly: dismissed – the trend to incorporate so-called trigger warnings into the college classroom and syllabus. Trigger warnings have become a standard practice for articles in feminist blogs and other online media that discuss incidences of violence, sexual assault and that may contain other potentially ‘triggering’ material, with the purpose of giving readers a way to opt-out of exposing themselves to said material. As some college professors have started to incorporate this practice into their classrooms in order to warn students of potentially ‘triggering’ material – and some colleges have even discussed adopting trigger warning policies – the public reaction has been mostly negative. However, it is my position that most of these commentators have it backward and misunderstand what trigger warnings are about and can do – granted, there are examples of very poorly-done trigger warnings out there that can easily be taken as evidence for some of the critics’ fears – and I believe they can and should have a place in the sociology classroom and that they can actually play a positive and productive pedagogical role.

The rhetoric in an article in InsideHigherEd exemplifies some of the problems with the debate about trigger warnings. It states that trigger warnings are meant to warn students of “sensitive material” like “sexual assault …, and the like” but that students have “differing sensibilities”. Meanwhile, a New York Times article states that professors are concerned that trigger warnings assume students possess a “fragility of mind that higher learning is meant to challenge, not embrace”. This framing of what trigger warnings are meant to be, misses the point. A trigger warning is a practice of – and thus only one possible strategy to do so – acknowledging and dealing with the reality that some of our students may have experienced violence and trauma in the past and that certain type of material may inflict serious harm on these students. This is not to warn students that they may feel “uncomfortable” and excuse them from doing so, and it is not about “sensitive” material or “sensibilities” but about the potential of material to re-traumatize some students. For instance, my Sociology of Gender class features a session about Gender & Violence that includes discussions of rape, its prevalence and the impact of sexual assault on survivors. Given that statistically 1 ind 5 US women have been raped in their lifetime and given our knowledge that a significant number sexual assault survivors experience forms of PTSD, I provide a trigger warning for this class on my syllabus, explain to the class the meaning of trigger warnings and offer to provide accommodations to students who anticipate that this session would have negative mental health outcomes to them. This is to account for these students specific mental health, not to excuse everyone from discussing a “sensitive” topic.

2. Yes, life is dangerous… but not all dangers are created equal. Trigger warnings as practice of sociology.

A related concern by critics of trigger warnings is that it is impossible to know what may trigger an individual student, making trigger warnings obsolete, as this article in The Nation points out. Some contributions in the comments section of articles even go so far as to argue that “life is dangerous” and that it doesn’t come with a trigger warning. It is certainly true that we cannot completely predict what material may trigger serious emotional distress in students with specific histories and experiences. However, using the truism that “life is dangerous” and the blanket statement that potentially all material is triggering to reject trigger warnings outright is a false and dangerous conclusion. Under the guise of acknowledging that students may face so diverse a potential of being triggered, this position results in the solution of throwing our hands up and saying “what can we do?”. If everything is potentially triggering, then nothing is and we can excuse ourselves from even thinking about best practices. This is a very un-sociological stance (and actually does not even reflect how we live our lives): While we cannot predict every single trigger, let’s not pretend that we cannot at least see patterns. As sociologists we constantly look for patterns in social life, make predictions and advocate for policies based on these patterns, knowing that there are always exceptions and these patterns are trends and not definitive laws. Why not use this approach to trigger warnings as well? While many materials can be potentially triggering, we do know that with some material there is a larger likelihood. Moreover, explicitly acknowledging that some material may have the potential to trigger emotional distress in students with certain histories may also open the floor for other students to approach the professor about potential trauma related to other material on the syllabus and to seek advice.

3. Trigger warnings do not stifle discussion and learning, they can help to facilitate it. Trigger Warnings as Pedagogy

The largest and most powerful argument against trigger warnings is maybe that they negatively impact academic freedom. For instance, the New Republic contends that “trigger warning signals not only the growing precautionary approach to words and ideas in the university, but a wider cultural hypersensitivity to harm and a paranoia about giving offense. Other critics are concerned that trigger warnings suppress classroom discussions as the idea of making the classroom a “safe space” results in censorship, as ” ‘Safe’ here intimates surveillance, not freedom of dialogue, which negatively affects a professor’s ability to teach without fear of censure or dismissal”, as this article argues.

I would argue that the opposite is the case. As stated earlier, I do use specific trigger warnings in my syllabus and rather than censoring and limiting what and how I teach, I like to think that it empowers me (and I’d like to hope: the class, too). When mentioning the trigger warning at the beginning of the semester; I use it as a teaching moment and explain to students the reason behind including this trigger warning and the power some material may have to inflict emotional pain to specific individuals. Not only does this result in a discussion about how to debate in a college classroom and to think about the ways in which students voice their contributions but it also gives me the confidence that students in the classroom are somewhat emotionally prepared to discuss this material. Moreover, we do know that strong emotional distress – as opposed to productive disagreement and strong reactions – have no pedagogical value to the student experiencing it, which is why I allow students to make the informed and ‘adult’ decisions to stay away or leave class during this session if they anticipate it will inflict emotional harm on them without penalty to their grade (and guess what? attendance is not lower than on any other given day) – this is actually the opposite of infantalizing students. In other words, a discussion of the triggering potential of material can have positive effects both on how students express their opinions and can serve as a tacit contract that empowers students to discuss the material, as we have established that everyone in the room is prepared to do so. Rather than censorship, trigger warnings can thus be a an additional tool in negotiating how to include material that may be harmful to some students but that we still think serves pedagogical goals in the context of our class.

Especially given the confusion about trigger warnings and the sometimes problematic use of them, we are clearly not at a point were they should be mandated by the university. If trigger warning policies result in yet another blanket statement that ends up hidden somewhere on the last pages of our syllabus, certainly no one is served. Similarly, there is also the danger that universities were to require trigger warnings to protect themselves (legally) rather than to protect specific students from harm; equally a development that should be opposed strongly. Nevertheless, these dangers and problems with trigger warnings should not result in us dismissing them outright. Rather, there are ways in which they can be employed in order to enhance rather than harm our teaching. Does this mean everyone should use them? Probably not, but we should at least consider them as a tool at our disposal to negotiate some of the contradictions that we are necessarily faced with in our role as teachers.