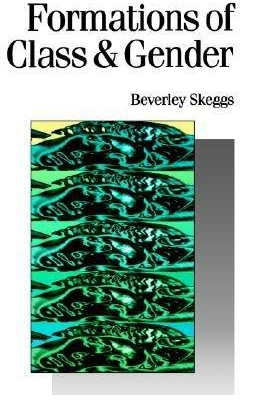 In working with survivors of human trafficking over the last few weeks, I have had the opportunity to have a number of very personal conversations with women who are in the process of becoming empowered and rebuilding their self-esteem.  One topic that continues to emerge in almost every discussion is being respectable.  As I have been reflecting on what it means to be respectable in the context of surviving gender violence, I recalled a remarkable text I read a number of years ago and the similarities in understanding respectability among people of different races, ethnicities, classes, and histories.

In her text her text Formations of Class and Gender: Becoming Respectable, Beverly Skeggs suggests, “Respectability is one of the most ubiquitous signifiers of class” (1997: 1).  Based on interviews with white working-class women in northwestern England, Skeggs concluded that respectability is often the concern of those who feel as if they lack it.  Her study is a traditional qualitative sociological analysis, framed in post-structural theory.  However, her method runs deeper than reflective interviewing and analysis.  For Skeggs, unpacking respectability is method and she utilized this method to understand how the struggle for respectability, which is enmeshed with notions of class, gender and sexuality, is experience as a “structure of feeling” for women positioning and identifying themselves in relation to the social world.

In exploring the class identifications and (dis)identifications, Skeggs suggests that class is central but unspoken her participants’ subjectivities.  The women do not directly say “I am working class,” but they recognize underlying messages about class and the ways in which these messages impact their daily routines. Class is articulated through disidentification.   Participants used the creation of the “other” to distance themselves from the negative values associated with the working-class.  Skeggs states, “In their accounts the working class are poor, deprived, depriving, dangerous, and degraded” (76).  The women position themselves in opposition to these terms.  They define themselves by what they are not, as opposed to “who they are.”  Improving and passing were common mechanisms used not only for upward mobility but also to live class.  Education, femininity, tastes and generational social mobility were all places where the women attempted to dissimulate from the working-class through improving and passing.  However, these techniques were often problematic.  Class was often highlighted rather than hidden.  There was insecurity and anxiety involved in improving and passing.  The women had to continuously assess and monitor themselves and others. In addition, the women had little means to convert their representative selves into symbolic capital (87).

Skeggs also examines how these women recognize themselves as feminine subjects by pointing out the inseparability of class and gender. Skeggs begins by giving the reader a brief history of the complex relationship between gender and class.  She argues that femininity emerged as a classed sign (99).  The most idealized femininity, the passive, dependent womanhood ascribed to white middle-class women, was also considered the most respectable.  Working-class women (black and white) were position in opposition to this idealized form of femininity.  They were represented as out of control, lacking discipline, vulgar, and sexualized (100).  For working-class women, this meant to gain respectability they needed to both appear and be feminine.  With few alternatives to access capital, respectability through feminine appearance was a promising investment for many working-class women. This was especially true for women without other forms of capital (102). However, the continuous need to appear and be feminine often resulted in the women feeling as if they were caught up in something beyond their beyond their control (109).  Clearly, attempting to balance respectability and desirability was one of the most difficult tasks for these women.  According to Skeggs, “Glamour is the mechanism by which the marks of middle-class respectability are transposed onto the sexual body, a way in which recognition of value is achieved (110).  Being glamorous required the continuous acting and reenacting of gendered norms, but many of the women also found it pleasurable (111).  Although some of the women articulated how being glamorous validated them in a respectable manner, men were necessary for this validation.  In this way women’s femininity gave masculinity the power to be authoritative (113).  However, this seemed of little importance to the women who understood the ways in which alignment with men, specifically through marriage, could provide them with power, capital and access to space (113-115).

Skeggs further connects gender and class by examining the ways the women produced subjectivity through sexuality.Skeggs’ looks at the ways the normalization of heterosexuality failed to have a demarginalizing effect the women.  Skeggs suggests that this could be rooted in historical process of linking barbaric sexuality to minorities and the working-class (121). To be civilized and respectable, working-class women had to contain and regulate their sexuality.  The continual surveillance and policing of sexuality lead to feelings of shame, which resulted in more surveillance.  However, self-policing was not the only mechanism at work.  Working-class women were “taught” heterosexuality in both academic curriculum and through sexualizing situations.  The shame, monitoring and education surrounding working-class women’s sexuality did not go unchallenged. Many women let go of the shame surrounding sexuality over time, usually after they gained other forms of capital (131).  Other women used ambiguous flirting as a form of capital but the gain was minimal and only perpetuated the power asymmetry of heterosexuality (127-128).  Some women posed as lesbians when going out, but these women already had cultural approval and respectability through permanent heterosexual relationships (134).  Skeggs concludes that these women did not become heterosexual but were positioned by it (135). While all of the women struggled around notions of sexuality in their day to day lives, few recognized the underlying messages about heterosexuality, as it was institutionalized, reproduced materially, regulated, normalized, linked to capital and performed.  The impact of heterosexuality could only be noticed when other variables were absent.

Throughout Formations of Class & Gender: Becoming Respectable, Beverly Skeggs unpacks respectability to illustrate the ways in which working-class women struggle to find validation and capital.  She examines the barriers placed on these women through their positions as classed, gendered and sexualized beings. By focusing on the lived experience of working-class women, Skeggs produces a work that illuminates both the power of fixed forms and the fluidity of personal agency facing many White working-class British women as they position and identify themselves in relation to the social world.

Clearly, the survivors of human trafficking I have had the opportunity to work with have a different understanding of respectability.  However, there are still similarities in how trafficking survivors and the women interviewed by Skeggs’ for her text Formations of Class & Gender: Becoming Respectable.  For both groups of women, class is central but rarely discussed outright.  And for both groups of women, idealized femininity is in direct contrast to how they have been identified, both by others and themselves.  Glamour is an important concept for many of the younger women I’ve met, in a similar way as Skeggs’ found it to be important to the women she interviewed.  While it is difficult to compare sexual subjectivity between the two groups, since female trafficking survivors are frequently victims of sexual abuse, which complicates the construction of a sexual subjectivity, among both groups of women there is a very real form of surveillance and policing of sexuality.  These similarities led to questions rather than answers.  I wondered if “respectability” was only an issue for the stigmatized and powerless?  I question if those in power need to worry about being “respectable?”  I started asking myself if a stigmatized individual can ever really become respectable in the eyes of her or his society?  And most importantly… How?