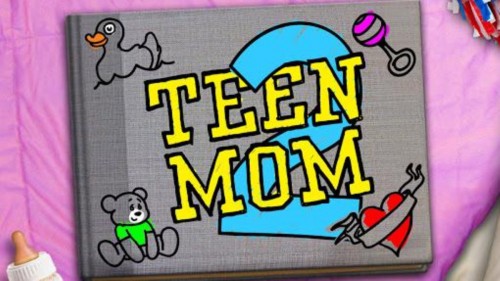 They’re back!  All four of the original cast members of Teen Mom are returning to MTV.  Their return is being heavily promoted by US Magazine, TV Guide, and People Magazine.  For fans (and researchers!) it’s a super big deal.  It’s a big deal primarily because Farrah chose to return.  You know Farrah right – the adult entertainment star who works for Adult Video News (AVN)?   Rumor has it that the producers had to do a lot of convincing to get her to return to the show.  Cast member, Maci, is pregnant with her second child and Catelynn and Tyler have their second child (they chose adoption for the first child) as a starring member of the show.  Finally, Amber was released from prison after serving 17 months of a 5 year sentence and is rebuilding her life and relationships.  I know, I know – great television!

The Teen Mom series producers justify starring teen moms in a television program geared specifically at the 12-19 year old age group as a warning to other potential mothers that early pregnancy and child-rearing is highly problematic.  The say their show provides an insider perspective of the consequences of early sexual behavior, teen pregnancy and young motherhood. Teen Mom producer, Liz Gatelely, strongly disputes the claim that her show sensationalizes young motherhood in a 2010 interview on NPR, “…anyone who makes that argument obviously hasn’t watched either series.”

Research does suggest that sexual health messages embedded in entertainment programming may reduce sexual risk-taking.  This research is done from an entertainment education perspective, or “edutainment” which is a stream of research designed specifically to educate but is also entertaining.  This is not a new genre, Schoolhouse Rock, Sesame Street and Mister Rogers have been educating and entertaining children for decades.

The Kaiser Family Foundation agrees with the producers.  Looking for ways to reach teenagers – and spend “evidence based” sex education funding – the organization syndicated the television show for distribution in public sex education classrooms.  Since 2010, Kaiser has also been a production partner ensuring that the show continues to air.  Teen Mom is distributed to schools, nonprofits and social service organizations interested in reducing teen pregnancy on the basis that it is a realistic representation of young motherhood.

The public education partnership of MTV with Kaiser Family Foundation formed the “It’s Your (Sex) Life” partnership which also has spinoffs including the “GYT: Get Yourself Tested” and the “Greater Than AIDS” campaigns which are developed with the U.S. Centers for Disease Control & Prevention and Planned Parenthood.  Together these educational campaigns use teen media opportunities to focus on reducing the spread of sexually transmitted diseases, including HIV in younger populations.

Recent research, related to the topic of celebrity teen moms and their influence on young girls focuses primarily on the how the show influences teens’ perceptions about the reality of life as a teen mother. Martins and Jensen (2014) find that teens who watch 16 and Pregnant and Teen Mom have an increased tendency to believe that teen mothers have an enviable quality of life, a high income and involved fathers.  Another recent study also used survey data as well as on online field experiment which included watching episodes of 16 and Pregnant or another MTV reality series not related to pregnancy.  They examined girls’ beliefs, attitudes and behavioral intentions toward pregnancy and found that the girls who watched episodes of 16 and Pregnant reported a lower perception of their own risk for pregnancy and a greater perception that the benefits of teen pregnancy outweigh the risks than the girls in the control group.  In addition these researchers found that the girls in the exposure group had higher measures of homophily, or higher levels of association and bonding with the pregnant teens on television.  Future research proposes to investige whether the Teen Mom show has any relationship to reality or whether it is complicit in the construction of a new reality of celebrity young mothers.

In addition to the lack of research about the effective use of so-called reality television in educational settings, there does not seem to be academic consensus on the reality and life course trajectory of young motherhood in the United States.  Certainly the show’s producers did not intend the message for the outcomes of teen pregnancy to be so provocative.  While Farrah is the first teen mother to get through some college (culinary school), she found a career in the adult film industry to be more financially rewarding.  Maci does finish her AA degree at Chattanooga State Community college but Bentley, her son, is six when she finally graduates and she is pregnant again before age 25.  While Amber was studying for the GED while in prison, there is no news on whether she passed the test and earned her long sought after diploma.  Finally, while Catelynn is doing well financially (as are the other cast members) she has yet to finish the college she began back in 2010.  Edutainment television might be educating young girls on the pitfalls of early pregnancy but this current season is undeniably the most sensational version of motherhood thus far.