Generational Changes in a Time of Evolving LGBTQ Rights 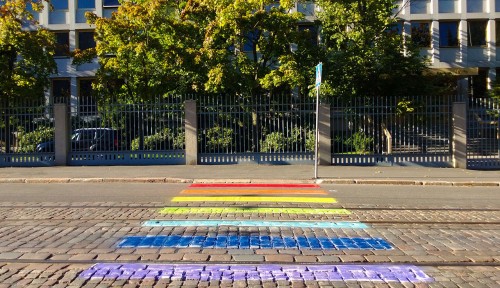 In an age where millennials are starting to take primacy in the visibility of political change and its climate, especially in regards to LGBTQ advancements, the older LGBTQ generations are realizing that soon enough the millennials will need to take command of their political positions. Many of the older LGBTQ generations have been trailblazers from the start of an era known as the long 1960’s: having been there at the Stonewall riots, to now holding office positions in politics and creating juridical changes. A common thought amongst many LGBTQ activists is once the United States passes Marriage Equality at the federal level, there is nothing left to fight for in regards to LGBTQ rights. I would beg to differ. Once juridical amendments and changes are made, the battle is to secure its practice and implementation. Furthermore, to secure such practices, the LGBTQ community at large needs to orchestrate as one.

Jonathan D. Lovitz, author of the article It’s Time For Successful Gays to Raise Up the Next Generation, believes for such orchestration to occur the older and younger generations need to collaborate. Lovitz states that many of those from his generation, generation Y, or more commonly know as the millennials, are not too concerned with what will happen after Marriage Equality is achieved at the federal level. Additionally, Lovitz goes on to mention other battles to be fought in LGBTQ rights, such as the advancement of trans rights and workplace equality. Yet, Lovitz is told by his fellow millennials that this is the work to be solved by someone else: perhaps the younger, and upcoming generation Z? Lovitz reminds us though, if the next generation is to continue the progress of LGBTQ rights, the torch needs to be passed with all the wisdom that came before it: there is a need for mentorship and history telling.

A common mistake is to believe that after starting a project, or anything of the sorts, those who came after you do not need to know the history behind it. The rights of LGBTQ people has been an evolving issue expanding for decades; almost five decades now if you count the Stonewall riots as the impetus. Majority of LGBTQ individuals born in generation Y have some liberties, and countless amounts of biographies, histories and accounts many older LGBTQ individuals never had before them. The older generations paved a path for equality and the millennials swiftly stepped up to the plate to guarantee those rights and equalities were not lost, nor forgotten. Now, many millennials are working towards trans rights and workplace equality. Did you know, only thirty-six percent of the United States has laws that protect employees from being fired based on their sexual identity and/or gender identity? If you remove gender identity from the protection clause, then the percentage rises to forty-two percent. I am wretched to say this, but I live in a state, New York, that does not protect our trans-brothers and trans-sisters employment. In the words of Hilary Clinton, “gay rights are human rights!” But it cannot be solely gay rights. Human rights are LGBTQ rights, as to include the plethora of identities that are encompassed in the community at large. But how do we procure such statements and advancements?

It is through mentorship we can sustain the growing movement, as Lovitz said. As aforementioned, we need the older generations to pass the knowledge to the younger ones: so no history is lost and we can keep a precise, detailed account of the evolutions acquired to LGBTQ rights. The younger generations cannot forget the history that has brought them to the society they currently reside in. To forget, or believe that past histories have nothing to do with current struggles, would be a fallacy. It is through the recounting of histories that younger generations can further political change. However, such mentorship and change should not occur, solely, within the political realm.

In the year 2015, it is inspiring to see the various celebrities and athletes living their lives “out of the closet.” Yet, visibility in the realm of the rich and famous does very little back down here on the ground. There needs to be mentorship, and community building, at community based organizations (CBOs), non-profit organizations, in schools and other facets of life. Many LGBTQ youth are still bullied, homeless, assaulted and murdered. To live one’s life “out of the closet” back here on the ground, without the riches and fame, is, nevertheless, worrisome. I should know; in 2010 my ex-partner and I were assaulted. I lived in fear for months, afraid to leave my apartment and face the world. But, I had a role model to change that: a proud and out lesbian, Toi Thibodeaux, who is the program coordinator at the LGBTQ Resource Center where I attended school. In the midst of all my fears and doubts Toi ensured me that I would, once again, be proud about whom I am and not live in fear. Toi never gave up on me and because of her I stayed strong. It is instances such as these that no one knows about: the everyday heroes, like Toi, who go unnoticed in the fight and struggles for visibility of LGBTQ people, and their rights. I believe it is because of Toi that I decided to work in my current profession: a HIV educator/LGBTQ advocate. I hope, one day, to be a mentor/hero for someone else, like Toi was for me. If I cannot mentor someone, recount the histories and struggles of our community and what happened to me, then why continue in my profession? It is the everyday experiences that create change.