Fugue as Method: A Fughetta on Interdisciplinary Work Within Contemporary Academia 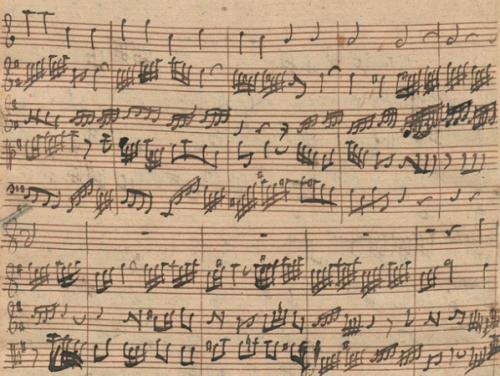 Exposition – “The first statement of the subject by all the ‘voices’ in turn” Oxford Dictionary of Music.

Academia prepares graduate students to become experts in their fields.  Through this practice students become disciplined, learning the appropriate language, literature and methods that must become a part of their work.  Although this is a necessary part of the learning process, it creates brackets of knowledge, often related but isolated by area of study.  In this post, I will illustrate the benefits of a fugal epistemology.  I will begin by defining fugue as method, which is based on the Western European musical composition technique that incorporates two or more voices connected through a common theme interacting in imitation and complementary contrast.   In future posts, I will highlight the voices of multiple scholars who have taken a fugal approach in the production of interdisciplinary work and articulate the difficulties graduate students face in taking a fugal approach but juxtapose these difficulties with contrapuntal suggestions of ways to incorporate fugue as method for crossing disciplinary borders.

Episode – “In fugue form, an episode follows the exposition and is a passage of connective material, usually a development of a theme from the exposition, leading to another entry or series of entries of the subject” Oxford Dictionary of Music.

As a musical form, the fugue is generally associated with the music of J.S. Bach during the Baroque period (1600-1760).  In reality, fugal form began to emerge in Western classical music as early as the 13th century.  Throughout its evolution, popularity and decline, fugal writing failed to construct a definite form but came to represent a structured contrapuntal procedure (Mann 1965, 7).   This procedure involves two or more voices, which can be vocal or instrumental, entering successively and in imitation of each other.  A fugal work usually begins with an exposition that introduces each voice.  This is often followed with an episode or connective passage that leads into an entry of a musical subject based on material embodied in the exposition but expanded through contrasts of key, augmented or diminished intervals and subject-answer passages among voices.  The pattern continues with a series of alternating entries and episodes and often concludes with a return to the initial subject and sometimes with a codetta.  The final entry is often over a tonic[1] tone, which is sustained below changing harmonies.

Entry – “A restatement of the initial theme and the elaboration and variation of this theme contrapuntally through the use of augmentation or diminution; contrary motion; reversion; rhythmic changes; spacing between the theme and answer; and the use of extended tones in the upper, lower or middle voices.” Alberto Ghislanzoni

There are practical as well as epistemological reasons for interdisciplinary learning.  The social world is collective.  Individuals need to be able to piece together a plethora of moments of life to make sense of their everyday realities.  In the 19th century, advocates for liberal education brought an understanding of this phenomenon into higher education through the introduction of a model that encouraged the development of skills across and between disciplines.  In the early 1970s, interdisciplinary studies became popular among more liberal colleges and universities and today a number of university professors teach courses in multiple areas that are cross listed among numerous departments. Interdisciplinary courses are at times team-developed or team-taught by faculty from different departments, which often leads to courses that amalgamate different voices, different points of view and different backgrounds on a central theme.  At times these different perspectives come together in unison but it is more likely that they create harmonies, augmented chordal relationships, alternative means of knowledge consumption and production, and structures that bring points and counterpoints together in complementary contrast.

Clearly, there are  parallels between interdisciplinary studies and the fugal process.  This series of posts will highlight these parallels through the introduction of a new methodology that is specifically designed to promote interdisciplinary study.  Fugue as method is about piecing together different voices in relation to each other, in the same way that interdisciplinary work brings together material from diverse disciplines.  This is not to say that voices always come together in harmony.  At times these voices will become augmented or jarring, making it difficult for one to open her ear to an unfamiliar sound.  There will be moments when the space between the voices is diminished to an interval that makes one uncomfortable.  In many instances, voices will come together in the subject-answer manner.  Sometimes there is an overlapping of voices or a new voice will cut off an existing voice prematurely causing tension and heightening emotions.  A fugal method seeks to accentuate these moments.  It seeks to present the larger picture, the complexity of multiple voices and then magnify the ways in which these various voices come together in relation to each other, how they change each other, how they become a new object and how they remain the same.

To utilize a fugal methodology, one must also comprehending knowledge in a way that is structured but procedural.  Fugal methodology requires effort on the part of both the “composer” and the “listener.”  The two must go on a journey together.  However, the result is a method that allows for temporal, spatial, and cultural diversity.  It allows for a new means of hearing voices, creating knowledge and understanding the world.  Fugue as method changes the way one understands polyphony.  It is a method that encompasses and can be encompassed by many other methods and yet it is so unique, so clearly fugal that even when it is situated in another method, it is recognizable.

[1] The tonic is the first degree of the major or minor scale.  It is the foundation of the scale.