From mourning to reflection: considerations in the aftermath of a trajedy 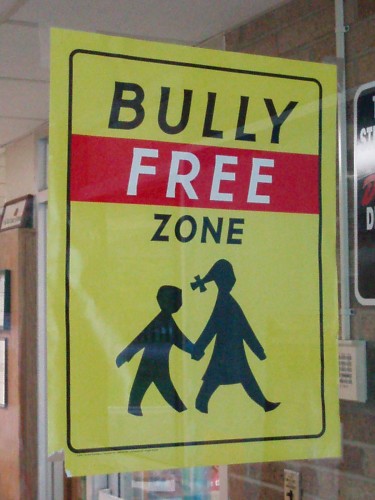 Rutgers University has been my intellectual home for the last 8 years. Recently, one of our freshman, Tyler Clementi, committed suicide by jumping off the George Washington Bridge. He took his own life after his roommate and another student posted a video of him engaging in sexual activity with another student on the internet. This horribly sad and disturbing event sparked an emotional reaction on our campus, as well as discussion of how to protect students from this kind of infringement on their privacy, bullying, and also from themselves, when they feel overwhelmed by mistreatment.

In the wake of Tyler Clementi’s death, I asked my freshman what they think are the important lessons to learn from this. Most of the answers were along the lines of:  “we have not come as far as we think we have.” My students referred many times to the need to increase awareness of prejudice. Clementi’s suicide was clearly the act of a troubled young man, but students certainly recognize that perhaps the greatest factor here was that the video of Clementi depicted him having sex with another man. Though Rutgers tries to be inclusionary and strives toward creating an egalitarian environment, this event does, in fact, remind us that being gay is still considered wrong and at the very least “weird” or “fascinating” by more people than many of us care to imagine. Those of us who are sociologically-minded are well aware of this, but what is striking about my students’ comments is that, to many of them, it seemed surprising to find out that homophobia is real and has real consequences. Of course there were certainly students in my classroom who have felt the horrible emotional toll of being subject to this kind of hate. The new realization that homophobia and bullying related to it are such problems likely does reflect, in some ways, just how far we have come – it was so striking to my young students that not everyone is accepting and tolerant. On the other hand, it points out that living in a place where exclusionary attitudes and practices do not abound, where we are not surrounded by prejudice and conservative sentiment about sexuality, can be dangerous. In fact, this little part of the world where we live, work and go to school, is not at all representative of the attitudes of society at large and makes people susceptible to forgetting that our tiny corner of the world is not the norm. While it’s true that progress has been made, one lesson for these students who live in one of the most liberal parts of the country is that their little island is not at all representative.

To me, the starkest realization came from the complete lack of mention of technology in these discussions. It seemed clear to me that one of the central issues here was that the internet was used as a tool to taunt a student, embarrass him, violate his privacy, and ultimately push him to feel the consequences so greatly that he took his own life. This seemed a clear indication to me that the

use of technology has become so ubiquitous that it almost seemed to my students to be irrelevant to the conversation. In fact, when I brought up the role of technology in Clementi’s suicide and asked for feedback on this issue, I found myself starting out at a room of blank faces. The quotidian nature of internet usage, of posting things online, is something new but already taken for granted. In particular, Clementi’s death has me wondering about the effect of technology on the way we treat one another. In her article in Sociology Compass, “The Sociology of the Future: Tracing Stories of Technology and Time,” Cynthia Selin suggests an important role for sociologists in studying the relationship between technology and the future. Selin focuses mostly on nanotechnology and its important role in shaping the future, but her general message is one that pushed me to reflect on what happened at Rutgers. Selin begins her piece with the following:

“Scholarly attention to the development of new technologies and to exploring the sociological tools and methods we have for grasping their emergence is exceedingly important not only for the dual nature of technology as blessing and curse, but also because our technological reach into the future is growing. Our ability to produce technologies that have a lasting impact on social systems seems to be growing given the biological, chemical, and material technologies of late. Nanotechnology is one such novel technology area that is regularly promised to radically alter what it means to be human, our systems of production, and our environmental landscapes” (1878).

Has not the ability to post videos, personal profiles and generally to interact online not already altered what it means to be human, and, if those technologies are so involved in our humanity, might they not also have the ability to take away that humanity? I don’t mean to suggest that the internet is evil or that we should all stop using technology, but that, if technology is part of what provides us our humanity today, then we must be extremely careful about what it can also take away (or even how it can be used maliciously to take away other people’s humanity). The internet breaks down barriers and allows people to be more open, to spread important messages, to have political and personal power to create change for the betterment of society. However, the internet also allows people to say things they wouldn’t normally say, to do things they would not otherwise and to be more removed from the consequences of what they say and do. These kids would not have been able to have the same impact on Tyler Clementi’s life, had they not had internet access. And would they have even tried? The fact that not a single one of my forty four students mentioned this as a factor shows us just how important it is to point out to them, and to adults as well. The consequences of technology are powerful and some are not reversible – the video of Tyler Clementi’s sexual encounter has been removed from the web, but he took his own life and nothing can reverse that.

The Sociology of the Future: In Sociology Compass