Agency and structure: the impact of ethnic identity and racism on the health of ethnic minority people 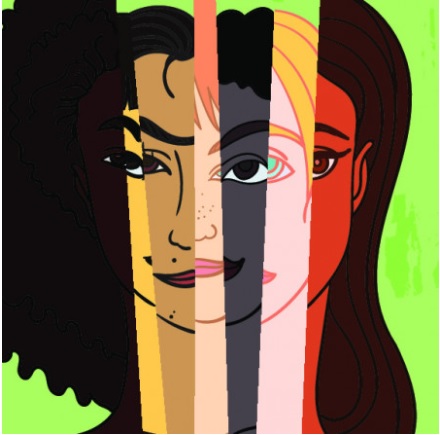 Powerful people have a significant impact on our lives. Not only can their decisions affect our access to wealth, and consequent well-being, but their influence affects our very self-definition and expression. Understandings about who we are and what that means develop in light of the ways in which certain categories are understood in and responded to by wider society: what we’re told about what ‘being one of those sorts of people’ means. But while academic studies acknowledge the societal or structural factors producing the racism which leads to the concentration of ethnic minorities in socioeconomic and health disadvantage, the ways in which these power imbalances affect forms of ethnic identity – the actual meaning of ethnicity in people’s lives – has been given less attention. It is argued that this is a consequence of the lack of attention given to the voices of those most affected by these experiences. But empirical evidence exists to support such an approach. This blog describes the findings of one of the first research studies to investigate these effects using data from the UK.

The research – using a representative survey of almost 3000 people with Caribbean, Pakistani, Bangladeshi, Indian or African Asian ethnicities living in England and Wales – identified five distinct dimensions of ethnicity. There were two distinct ways that people described themselves: as a member of a group with a particular national/geographical heritage, or as one with a particular ethnicity or skin colour. This suggests that the ways in which people define their ethnicity can vary: geography, nationality or skin colour might be important to one person’s ethnic self-definition, but not another’s. The other three dimensions related more to what it means to be a member of a particular ethnic group. One related to engagement with particular cultural traditions (here, of dress, language use and attitudes towards mixed marriage), which we may think of as ways in which members of an ethnic group bind themselves together, a ‘boundary of inclusion’, although this will also involve the presentation of a particular image to wider society. The other dimensions, by contrast, reflected the ways in which ethnic groups may develop politicised identities in reaction to constraints or exclusion imposed on them by wider society. For example, the fourth dimension described participation in a particular ethnic community. While this may be considered a positive celebration of ethnic group membership, it may also reflect a defensive response to exclusion: a return to the safety of the group. (Such protection from harm has also been identified as a potential explanation, along with poverty, for the persistence of certain ethnically-dense residential patterns in the UK.) The last dimension presented the ways in which exposure to different forms of racist violence (verbal abuse, physical violence and institutional racism) enforces a sense of common experience and groupness, even amongst those who might otherwise consider themselves unconnected.

Despite all the different approaches to ethnic self-definition and expression identified in this research, only the last dimension relating to a racialised identity, and driven by experiences of racist violence, exhibited any statistically significant relationship with health. Independent of socioeconomic position, those reporting experience of racial harassment had between a 55 and 125 per cent greater risk of reporting their health as not good compared with those who had not. Similarly, those who believed that the majority of British employers were racist had almost a 70 per cent increased risk of fair or poor health compared with others.

The evidence from the data presented here and elsewhere suggest that there are a number of particular ways that people with minority ethnicities in the UK identify themselves as part of an ethnic group – in terms of self-description, self-presentation and behaviour, membership of ethnic minority organisations, and perceptions and experiences of racism. However, ethnicity as identity does not appear to influence health. Rather, ethnicity as structure – both in terms of racialisation and class experience – is strongly associated with health for ethnic minority people living in Britain. Indeed, since this original paper there has been an extensive literature demonstrating the impact of racism on the health of ethnic minority people. As Dutta explains, “Racist discourse not only creates continued stress for people of colour, but has a direct impact through threats of violence.” While violence rages and debates continue regarding the presence, causes and effects of Islamophobia across the globe, we need to hear these voices now more than ever.

Read the original research in Sociology of Health and Illness:

Dr Saffron Karlsen is a Senior Lecturer in Social Research at the University of Bristol, UK.