"Deserving students" getting free tuition since 1955 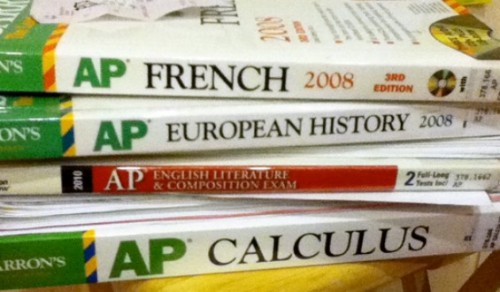 Last Friday, President Obama announced a proposal for tuition-free community college.  IF Obama’s plan is implemented it could save a full-time community college student an average of $3800 per year.  Students are required to “make steady progress” toward completing their program by registering at least part-time each semester and maintain a 2.5 GPA.  The federal government will split the costs with states by covering three quarters of tuition while the state picks up the remaining quarter.  If Obama’s plan is implemented, the US could join progressive nations such as Germany, Finland, France, Sweden, Norway and Brazil (among others) who offer tuition free higher education to their residents.

From an economic development perspective tuition-free education could benefit a good portion of working and middle class families.  Studies find that a community college degree results in an average of earnings 10% higher than high-school educated counterparts.  In addition programs such as radiation therapy, dental hygienists, and registered nurses – those degrees dominated by women – would be tuition free.  Skilled trades such as mechanics and service technicians would also benefit from this program.  This means that many portions of the working-middle class who earn just above the median wage could acquire degrees and certificates with little or no student loans to pay off.  Fewer loan repayments mean more dollars circulating in the real economy rather than in the deep pockets of banking institutions.

Investment editors from magazines like Forbes are predictably disgruntled at the idea.  They cite already enormous investment in higher education that results in a good portion of graduates taking jobs out of their fields or jobs that could go to persons with a high school diploma.  Other criticisms have to do with the “success” of community colleges based on graduation and transfer rates.  They also think federal investment in community colleges will lead to a fee explosion despite the fact that most state funded colleges need legislative approval to increase fees.  Fundamentally, it seems many of the critics are more concerned with the investment associated with any college attendance which is a relevant point – it’s just off topic here.

I would like to take a stratification perspective on President Obama’s plan.  First, I want to point out that sometimes ALL degree prerequisites are tuition-free already – for certain students who want to attend certain types of schools.  I am speaking specifically about Advanced Placement (AP) courses.  These are college level courses that earn college credit for students to take tuition free in high school.  In order for the course to count toward a degree they must successfully complete the course and pass the exam.  The majority of U.S. high schools offer these courses.  More than two million students took AP exams in 2014.  However, AP courses and exams are not available to every high school student.

While the College Board specifically designed this program to provide access to college for low and moderate income families initial entry remains a challenge.  Traditionally, AP courses were reserved for those students who already demonstrate “college potential”.  These are students who were performing well in honors courses, had reached a certain level of proficiency in high school courses (passed pre-calculus so they qualify for the AP Calculus course, for example) or whose parents were highly involved in their schooling and advocated for their admission into these courses.  Since 2000, Florida has pushed more high schools to offer more AP courses which opens the door to many more students attempting the courses.  This has mixed results.  On the one had some under-served communities in predominantly Hispanic school districts have shined and succeeded on the exams in record numbers.  Statewide, however, more than 56% of students taking the exams did not pass to qualify for college credit.

With 37 college level courses and exams available such as: English Composition I & II, World History, Calculus, Biology, Physics, and Spanish Language a truly advanced and dedicated student could conceivably earn their first two years of college in high school completely tuition-free.  The catch is that AP courses prepare students for a four-year institution.  The opportunity for tuition-free higher education is not available to students who want applied and technical degrees – the kinds of degrees where community colleges routinely outclass four year institutions.

So while President Obama’s plan seems radical it is really just casting the higher education net wider for students who have a variety of interests and are not necessarily tracked into a traditional liberal arts education.  Editors at Forbes and Fox News are generally correct, investment in traditional four year colleges is not for every student.  Why enforce general education requirements – that should have been fulfilled in K-12 education – on students who will earn a living in skilled trades or technical professions.  America’s College Promise is an extension of the free tuition program already offered to millions of college bound students around the country.  Contrary to what the many bloggers say, these ARE students who have been ignored based on the kinds of fields they desire to enter – rather than the institutions they attend.

Thurston Domina, AnneMarie Conley, and George Farkas (2011). The Link between Educational Expectations and Effort in the College-for-all Era. Sociology of Education, vol. 84, 2: pp. 93-112.