New scientific evidence, prompted by the invention and diffusion of new technologies, often stimulates a period of social reckoning: what does this new evidence mean for our existing beliefs and practices? Can they be reconciled or must something be profoundly rethought? The explosion of neuroscience research, much of which uses functional magnetic resonance imaging (fMRI), is no exception. Findings in the early 1990s led to the development of fMRI, which measures change in blood flow in the brain based on neural activity, and which has transformed the fields of neuroscience, as well as the study of cognitive and social psychology. Recently, there has been a new round of inquiry by scientists and writers into the philosophical and legal implications of the biological basis of behavior: is there free will? What can individuals be held responsible for? How should our legal system deal with this evidence? Much of the buzz, both by writers and scientists, about new findings from neuroscience has more than a whiff of determinism; the physical brain seems to drive much of behavior, an immutable device in control of our bodies and decisions. (A more nuanced discussion of the meaning of free will and its connection to neuroscience is here.) 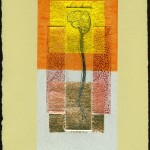 Sociologists Will Kalkhoff, Joseph Dippong, and Stanford Gregory, Jr. in their Sociology Compass article “The Biosociology of Solidarity,” make two interventions regarding the role of neuroscience in the social sciences: first, social scientists should take findings from neuroscience seriously (as others including Freese et al. 2003 and Massey 2002, have argued about biological evidence in general) in order to understand the mechanisms underpinning large social processes such as social solidarity. Second, the brain should be seen as a “dependent variable whose structure and function is strongly influenced by sociocultural factors throughout adulthood” (942); the goal of “biosociology” (not to be confused with sociobiology) is to understand how the interaction of biological factors and other types of factors produces behavior.

In order to understand solidarity—feelings of interpersonal connectedness or membership—we need to understand what happens physically when individuals interact with one another, the authors argue. Small-scale processes involving the brain within interactions affect the feelings we have about the interaction, and the other person or people involved. The authors take Simmel’s proposition that “society is the result of ‘countless minor syntheses'”(945) as a starting point, and marshal evidence, for example, that we adjust the rhythm and tone of our voice in conversation to match the other person. When these nonverbal vocal cues are eliminated, the quality of the interaction declines (Gregory 1983; Gregory et al. 1997). Electroencephalogram (EEG) recordings indicate that during interactions, skeletal muscular electrical activity between individuals becomes synchronized (Condon and Ogston 1967). (Recent work using fMRI by neuroscientist Uri Hasson suggests a parallel finding: the pattern of neural response of an individual listening to another person tell a story becomes similar to that of the storyteller. The more neural coupling there is between the listener and the storyteller, the greater the reported comprehension of the story.) I would also throw in the large literature on the role of mimicry in interactions, an excellent of review of which is here.

Importantly, when we treat synchronized brain activity as a mechanism by which interactions might improve or deteriorate, the role of the brain becomes non-deterministic. The question becomes whether or not synchronicity is achieved, and if so, how it changes the interaction. The implication is that when quality of the interaction is improved, the possibility of feelings of solidarity increases. (This line of inquiry parallels that of Randall Collins, who calls the feelings and motivation generated in interaction “emotional energy,” and theorizes that the affect and emotional energy produced in interactions scales to larger phenomena because social life is a concatenation of “interaction ritual chains.”)

The authors discuss three areas of brain research they find particularly intriguing for sociologists in general, but especially for sociologists interested in coordination and cohesion, or failures thereof: mirror neurons, nonconscious cognitive processes, and neural plasticity. Mirror neurons fire both when an individual performs an action, and when the individual sees others perform that action. As such, they facilitate understanding of joint action as occurs in interactions, and may be implicated in what we call empathy. Cognitive processes that proceed below our conscious awareness, often referred to as automatic processes, are a much larger part of our psychological life than we may realize. These nonconscious processes may be particularly relevant to how we perceive and adapt to others in interactions. And finally, scientists have known that the brain adapts to its environment at many levels, from neurons and synapses to entire cortical regions, but recent findings have demonstrated neural change and growth well into adulthood.

At least part of the “biophobia” around incorporating biology into social science is due to the lingering scars from historical claims with political implications: social Darwinism, eugenics, intelligence testing. New evidence regarding the plasticity of the brain in adulthood provides fertile ground for exploring the feedback mechanisms between the brain and social context that avoids these older, deterministic approaches.

(Image from Art off the grid)