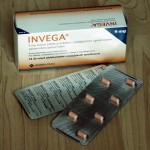 There are many lessons to take away from the New York Times article linked below that describes a rambunctious little boy whose life was nearly ruined by anti-psychotic medications. Increasing numbers of children have been prescribed this class of drugs as of late for conditions ranging from Tourette Syndrome to bipolar disorder, which psychiatrists have begun to diagnose in children at younger and younger ages. There is controversy surrounding the very ability to diagnose these conditions in young children and certainly over the utility and safety of prescribing the most potent of the psychiatric medications for this population.  The issues associated with medicating children, especially with this class of medications, as well as the dangers to them, their families and society more broadly are innumerable (even if there are benefits in some cases, which most biological psychiatrists argue there is). But for now, let’s take this as an example of the increasing diagnosis of disorders such as bipolar disorder, which is an intriguing phenomenon that needs exploration at the aggregate level.

In the debate over whether any disorders are purely biological entities, sociologists generally adhere to the argument that bipolar disorder and schizophrenia seem to be heavily rooted in biology, since the rates of these disorders are relatively stable over time and place. As opposed to depression, anxiety, substance abuse, etc., the former disorders do not seem affected by culture (though the course of the illnesses are) or the social environment more broadly. In other words, there is fairly wide agreement that bipolar disorder and schizophrenia are in fact organic conditions, not likely to be born of  social or environmental factors alone (or maybe at all). However, as these diagnoses become increasingly common (this does not yet seem to be the trend with schizophrenia but certainly is the case with bipolar disorder), what does this say about the assumption of biological etiology?

A major driving force in increased diagnosis is the use of anti-psychotic drugs, which were once reserved just for adults, with children. The rate of diagnosis, in other words, would expand, at least partly, because children are now lumped into a category with adults who have these disorders (because the stigma around prescribing potent drugs to children has diminished), thereby increasing the number of people who are diagnosed overall. Another trend is the diagnosis of bipolar disorder in people who would once not have met the criteria for a diagnosis, but because of  changing diagnostic categories, now do. For instance, the expansion of bipolar disorder to include a bipolar II category, which requires far fewer symptoms to diagnose, means far greater numbers of people are considered to have bipolar disorder. Whereas full-blown mania used to be a necessary precursor to a diagnosis, much more subtle changes in mood can also lead to a diagnosis of hypomania, which may be treated with similar medications.

What does this say about these disorders? For decades, the best evidence that bipolar disorder is a biological condition was it’s stability in terms of how many people are affected. Depression rates have changed dramatically over time. Disorders like substance abuse are clearly influenced by environmental factors. But bipolar disorder, until late, has not seemed to follow this trend. It does now. So, do we have new grounds to look at this disorder and perhaps at schizophrenia as well as potentially influenced by circumstance? If the particular doctor who diagnoses it or the growing trend to use results from medication as a reverse-order diagnosis continues, these things are likely to greatly inflate the rates of these disorders. Is there really more illness? Or is this over-diagnosis or even misdiagnosis, as has been suggested by many scholars who study depression (See, for instance Horwitz and Wakefield)? Can we effectively say that anything is a purely biological condition? Or, maybe we are witnessing a moment where over-diagnosis occurs — where “true” illness and what some have referred to as normal response to situational factors (“normal sadness” according to Horwitz and Wakefield, when discussing depression) are lumped together as one and the same?

…Risk Of Psychosis Drugs for Young