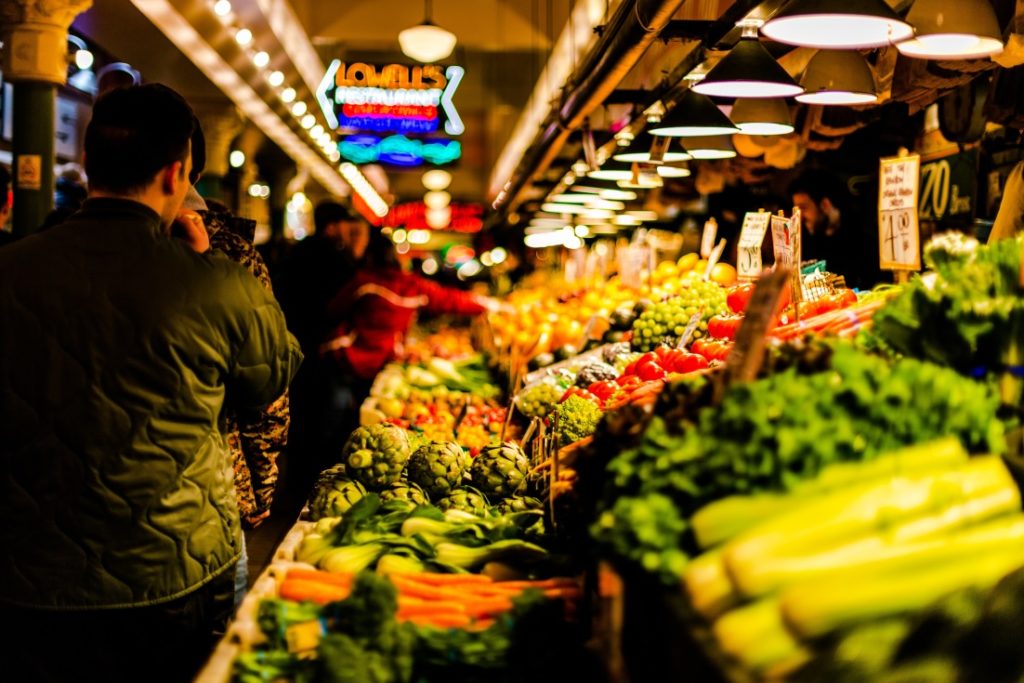 In recent weeks, the microscopic bundle of genes and proteins that comprises the Covid-19 coronavirus has been ascribed almost miraculous powers to infect huge and growing numbers of human bodies.  The media coverage of the outbreak  has ensured that few are unaware of the respiratory tract symptoms that the infection produces: symptoms that – in the case of the most vulnerable – can kill.

However, this account has largely sidelined the social, economic and political environment that has contributed to Covid-19’s capacities to produce this epidemic (or possibly now, pandemic) contagion.  The Covid-19 coronavirus may now have the capacity to infect human cells, but it is money and the global socioeconomic environment that provides the conditions for a pandemic.

Once the part this environment plays is acknowledged, it becomes clear that the ultimate cause of the epidemic is not the coranavirus particle, but the concentrated centres of population, the global market and the contemporary system of international trade within which humans across the planet now live out our lives.  Covid-19 is just one part of a broad assemblage of human and non-human elements that have established the conditions for diseases to pass rapidly throughout our species.

Indeed this outbreak is just the latest in a series of epi/pandemics fostered by human trade that reach back hundreds of years to the Great Plague of 1665.

The effective spread of Covid-19 through human populations and across local, regional and national boundaries derives from the nature of these marketised interactions between human and non-human.  From the virus’s initial shift from animal to human host through to its rapid spread within communities and within physical entities such as prisons and cruise ships globalised business and trade (and associated movements of goods and humans across borders) have enhanced Covid-19’s capacity to infect large numbers.

One clue to this different analysis of the current global health emergency has been hidden in plain sight.  While politicians, epidemiologists and journalists have focused almost exclusively on the inherent infectious properties of Covid-19, the stock market, economists such as Bank of England governor Mark Carney and former UK Chancellor George Osborne have taken a different tack.  They have been swift to acknowledge that measures to control and mitigate the spread of the disease will dramatically affect the national and international economy’s capacity to generate and circulate wealth.

Implicit but not stated is the corollary: that money, markets, trade and the concentration of workers within cities and conurbations have established the precise conditions in which Covid-19 can infect large numbers of people.

To reach these conclusions, I undertook a materialist analysis of the ‘epidemic assemblage’.  Two scenarios from the epidemic will elucidate how I used this method: the imagined event in which ‘patient zero’ contracted the coronavirus infection, and an event where an infected host returning from an international business trip introduced the virus to a new location.

Somewhere in China in 2019, it is believed that the ‘patient zero’ event took place, probably in a marketplace for live animals.  In this assemblage, humans, animals and Covid-19 mingled, but importantly, this took place in a market environment.  Traders and customers from disparate locations converge on such locations, which have formed the basis for commerce for millennia.

What is different today is that potential hosts are linked into a far wider geographic assemblage than in previous eras.  We may conjecture many past patient-zero events in China and elsewhere, in which a novel viral mutation never spread much beyond a local neighbourhood.

This sets the scene for the second scenario.  With infected hosts in the general population, international trade and the human infrastructure such as intercity trains and air travel that supports it are now an integral part of the Covid-19 epidemic-assemblage, almost guaranteeing its spread.  The man or woman who unwittingly travels to do business in an area where the virus is established will as unwittingly bring it back to their home town.  Market economies depend upon such movements, and business operates in a global marketplace.

Of course, tourists and other travellers will also play a part in this national and international assemblage, but arguably this too is part of a market economy in which desirable destinations around the world have become commodities to be marketed and consumed in package holidays, cruises, hotels or international conferences.

Our recent work on policy assessment has shown that without a full understanding of the factors involved in an issue (in this case, an epidemic), policies will be at best inadequate and ineffective, and at worst, counter-productive.  Only when all the variables are taken into account, can we develop a useable policy.

So what can be learnt policy-wise when we recognise the parts money and trade play in the current epidemic?  Unfortunately it’s not great news. If you thought that the wee virus was a formidable opponent, then the system of global capitalism is equally if not more daunting.  The draconian limits on trade and travel imposed by the Chinese government at the start of the outbreak may have been effective, but would governments, citizens and financial institutions in liberal democracies imbued with an ethos of free trade accept a radical reduction in trade and travel (both inter- and intra-nationally) until a vaccine is developed?

Once it might have been possible.  During the Great Plague of 1665, while bubonic plague laid waste to the burgeoning heart of world trade: London, in a remote settlement in Derbyshire residents made a brave decision.  A London tradesman selling cloth inadvertently brought the plague to the Peak District village of Eyam.  As villagers fell sick or died, they decided to voluntarily isolate themselves for the outside world – eking out their supplies until the disease had done its worst.  Many succumbed, but the policy was successful, and plague did not spread to neighbouring villages.

Today, most governments are resisting such isolation as a realistic option, nor is this a particularly attractive one, as boundaries and barriers of all sorts often generate social injustices and inequalities, racism and despair.  But as these governments weigh the costs of human health against economic health, we need to recognise how trade, markets and the quest for wealth have brought the world to this point.

Nick J. Fox is professor of sociology at the University of Huddersfield, UK, and also holds an honorary chair in sociology at the University of Sheffield.  He has researched and written widely on materialist social theory as applied to health, embodiment, sexuality, creativity and emotions, and is currently working on issues in political sociology including citizenship, governance and policy.  His most recent book (with Pam Alldred) is Sociology and the New Materialism (Sage, 2017).