The lack of common sense in disorder thinking 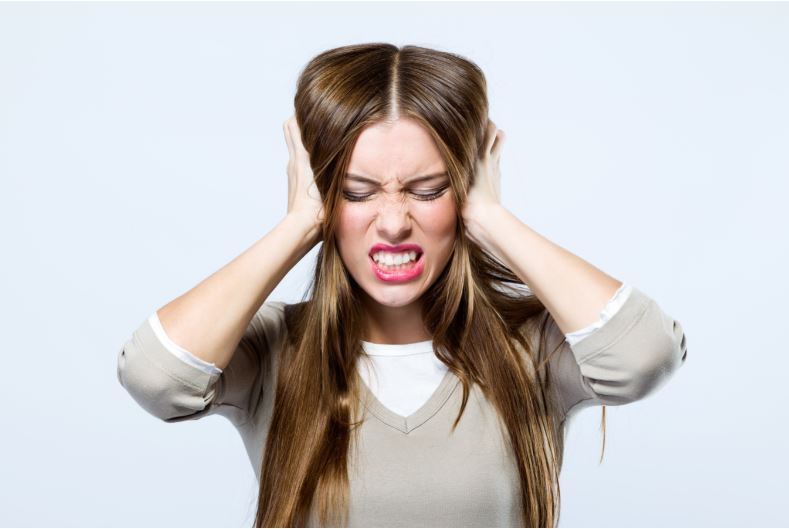 Disorder thinking has been popular and dominant in recent decennia, with a rising number of behaviors and emotions being medicalized into a psychiatric disease. More people today than ever before in history are being diagnosed and treated for ever lighter quirks, drawing professional attention away from those who need treatment most. One recent example of medicalizing a problem that someone might have is Misophonia.

In 2013, a research group led by the Chair of the Dutch Psychiatry Association introduced a new disorder: ‘Misophonia’ (1). Derived from the Greek misos (hate) and phónè (sound), the term misophonia denotes the strong feelings of anger and disgust that some people experience in relation to audible chewing or breathing sounds that fellow human beings may make. The research group duly established a psychiatric definition of misophonia, along with a matching diagnostic questionnaire and a cognitive therapy that is considered effective with about 50% of misophonia sufferers. Misophonia has become mainstream in a matter of a few years. It has brought along brain research (2), new forms of treatment (3), online support inviting to a Misophonia test (4), and the inevitable celebrities that publicly come out as sufferers or are diagnosed posthumously (5).

Perhaps another seemingly reasonable example is  Motivational Deficiency Disorder (MDD). MDD was proposed in 2006 by Australian Professor Leth Argos, who introduced the term as a diagnosis for patients suffering from extreme and overwhelming apathy, or serious laziness. In a BMJ article (6) Argos details just how debilitating MDD can be. An online mini-documentary shows an MDD-sufferer vividly recounting the destructive effects of MDD and his considerable relief at discovering a name and treatment for it.

In the two accounts of Misophonia and MDD the general pattern of medicalizing behaviors and emotions should be clear; yet there is one important difference between them. The article and mini-documentary about MDD appeared on April 1st and were in jest, a playful pre-announcement to a congress that was to be held about disease mongering and the ever narrowing boundaries concerning what is normal and healthy. The achievement of Misophonia on the contrary is ‘real’, including calls for the disorder to be taken up in the DSM, the worldwide used psychiatric handbook in which all the disorders defined by subsequent DSM task groups are listed. The two examples beg the question to what number the present 400 or so DSM disorders need to rise, in order to fully match the number of ways in which individuals can be disorderly. Since the first edition of the DSM in 1952, the number of disorders has risen with each new edition. Further to being hyperactive (ADHD), depressive or anxious, one might be troubled by children throwing tantrums (Disruptive Mood Dysregulation Disorder), elderly being forgetful (Minor Neurocognitive Dysfunction), or over-eating (Binge Eating Disorder).

Critics of the rising number of disorders generally do not deny that people have problems, but they believe that not all personal troubles are a matter for scientists or psychiatrists. Any behavior can turn into a problem where it grows out of proportion, including positive traits such as being helpful or empathic. Labelling an observed pattern of deviation from a healthy norm as a disorder will inevitably increase the number of cases of people supposedly suffering from disorders, leading to waiting lists and mounting health care costs. Research ostensibly aimed at more clearly ascertaining cases then adds further expense to society.

Wherever professional consensus clusters around a new disorder, neuroscientists jump on the bandwagon by scanning brains for physical signs. More often than not, small but statistically significant indicators are found and excitedly reported, invariably at group level, that have nil correspondence with individual behaviors and so have no practical value; their one practical outcome concerns scientific careers. Since journals favour positive results (7), many manuscripts that could in truth be subtitled ‘Overly pricey study produces zilch’ are unlikely to get published, inviting scientists to exaggerate and over-interpret (8). A good recent example of this is the widely cited conclusion by the ENIGMA group that ADHD shows in five different brain locations (9). The average group differences that were found in the brain scans for those with and without ADHD diagnosis are however infinitesimal (10). The ENIGMA findings indicate that ascertaining ADHD from brain scans would score 1–2 percent above chance. Following the bread and butter exaggerations of uncritical scientists, ordinary folk are tricked into accepting the research artifice of ADHD (11), Misophonia (12) and other DSM categories as if they presented some higher neurological reality. Given the absence of validating symmetry in the present demonstrating culture of science, it may help to make up the balance: not a single neurological attribute has been found that every single individual diagnosed with a supposed disorder has, and every single individual without it does not (13). On that balance, scientific evidence for a neurological substrate determining any known disorder is consequently and precisely 100% missing.

A trait or particular kind of behaviour is a disorder because it hinders someone, not because ‘something shows’ in the human brain: disorders are not natural kinds but contention kinds. This at least acknowledges the facts of the matter. Even if ever a gay lobe were found that all and only homosexuals have, then that still would not prove homosexuality as disorder, since the trait need not bother someone or indeed anyone. What is to be considered a disorder depends on collective norms and decisions, and not at all on what pictures of the brain show experts. What is considered disorderly in any given community, experts included, is often indicated by traits that badly match commonplace norms and demands—ADHD is a good example of this. Individuals inhabit a performance-oriented world in which educational qualifications, for example, have gained make or break status. In that social context, inattention and hyperactivity do not square with the demand for constant listening focus and reliably high performance on academic tasks. With teachers’ skills stretched to guide ever more diverse classrooms towards ever higher academic outcomes, it has become a constant challenge to offer optimal learning opportunities to day-dreaming or overly active pupils. Under this alternative description, ADHD is the combined product of performance pressures in both science and in education alike. That large numbers of pupils are prescribed lucrative pills for produced ills is thus but one dismal consequence of career-seeking behaviors trumping care and consideration.

Arresting the present trend of disordering others and ourselves surely involves rebuilding our former tolerance for difficult individuals and our own peculiarities, and exercising greater shared responsibility for safekeeping psychiatric care for those in most need. Tantrums, over-eating, laziness or getting upset by the sounds of others eating may well be bothersome. However, conceiving those as neurological disorders is typical of the mother of all syndromes: Common Sense Deficiency Disorder (CSDD)—a sickly lack of levelheadedness.

In short, where the great variety and (inter-)personal nature of human behaviors and emotions are at stake it seems important for practical wisdom (Aristotle’s phrónēsis) to act in healthy counterbalance to the disordering logic that is presently considered scientific wisdom.