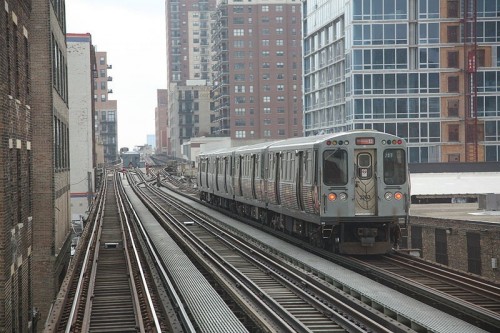 Chicago has long served as a laboratory for sociologists, from the Chicago School to Wilson, Pattillo, Cronon and others. Chicago is also the center of Sampson’s study on the ecological aspect of social behavior with special focus on community level influence on individuals. By allowing space for the effect of social interaction and looking at the macro and the micro influences that shape individual behavior, Sampson explores how place chooses an individual and constrains individual choice.

I found Sampson’s method very elaborate as he surveyed thousands of residents including those who are difficult to access. He studied streets and documented density, abandonment and litter which provides a rich visual image of the urban landscape. He collected immense information to study the nature of collective action. The study also included data on mobility patterns, crime rates, poverty etc. and tried to look into the spatial pattern as well. Their method to test social integration was quite interesting where they dropped addressed envelopes and noted how many were picked up and mailed. His data was collected through the Project on Human Development in Chicago Neighborhoods.

The general belief is that individuals actively choose the neighborhood they live in. Sampson, however, points out that that is not the case. Though neighborhoods are chosen to a certain extent, it is to a greater degree allocated. This emphasizes the influence of social factors over individual choice. There is a certain angle of path dependency in Sampson’s theory. He points out that historical disadvantages are durable. It is because of this path-dependency that American society still reflects its history in terms of patterns in poverty and racial segregation.

A very important contribution of this book is how neighborhoods are not just an areal division but are shaped by people’s perceptions as well. Moreover, these perceptions do not necessarily match with the factual statistics. Thus, views of local crime and safety may not correspond with the actual crime rates. The importance of neighborhoods is highlighted by his statement that they have lives of their own, quite apart from those who live in them, and that they can exert a force that is both difficult to counter or even perceive. Neighborhoods have cultural and social mechanisms of reproduction which affect a wide variety of social phenomena over consider period of time. His approach to collective efficacy is that community efficacy does depend on some level of working trust and social interaction, but does not require neighbors to be friends. Thus, community based organizations strongly predict collective efficacy and collective civic action.  The institutional infrastructure is important in creating healthy communities. He finds importance of the nonprofit sector but not of the church in improving communities. His study also shows that an increase in the immigrant population of a neighborhood leads to a reduction in crime.  The general idea is that immigrants come from less violent societies and it takes a few generations before they internalize the violent tendencies of American society. This point by Sampson, however, leaves out the fact that sometimes families immigrate to escape unfavorable neighborhood and living conditions which might have been violent to a greater degree than American ones. He stresses that state intervention is necessary to do away with preferences and constraints which reinforce inequality. Continued spatial proximity to concentrated disadvantage makes black middle and working class neighborhoods vulnerable to crime. This is in line with the ‘broken windows’ theory. I feel this book is very relevant for understanding the depth and span of neighborhood effects while integrating individual choice into the social structure determination of social phenomena.