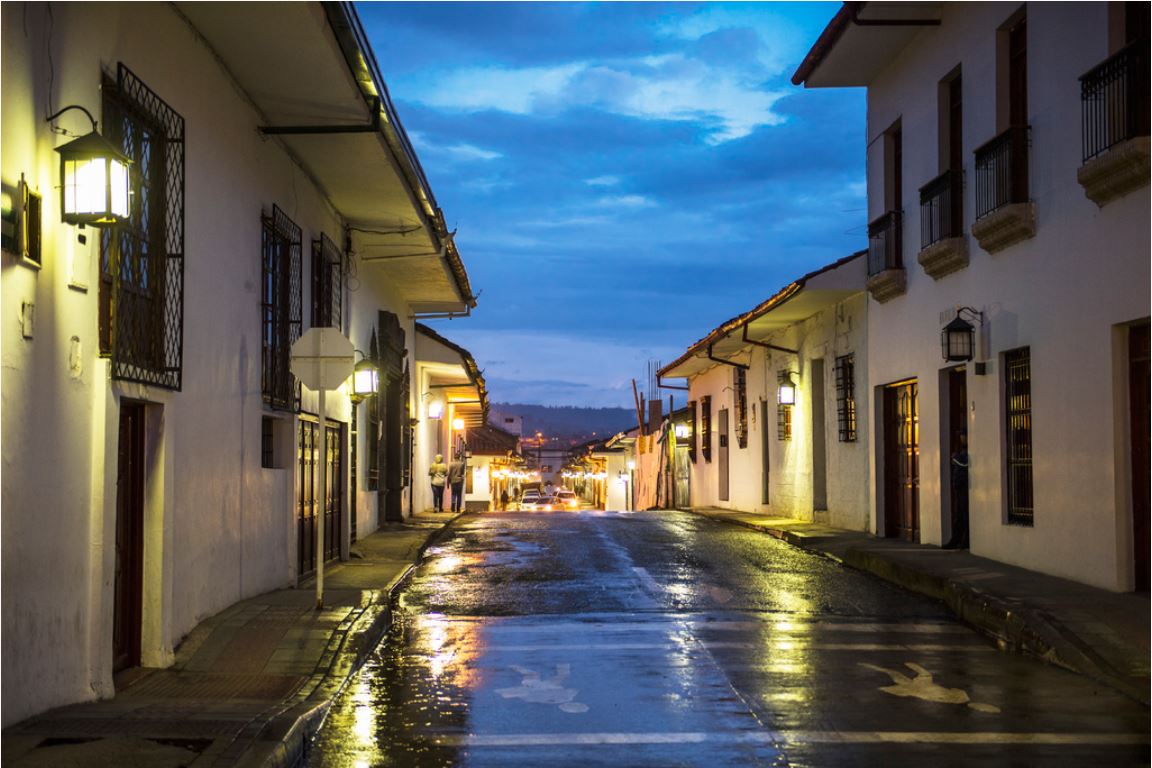 The conflict between the Revolutionary Armed Forces of Colombia (FARC – Fuerzas Armadas Revolucionarias de Colombia) and the Government of Colombia had a dramatic effect on the country, leading to over 200000 deaths and the displacement of seven million people since 1964. Forming with the stated intention to defend the rural poor, ensure fair resource distribution and overthrow the state, the FARC attracted support from elements of the community. Over time it became increasingly embedded in the licit and illicit socio-economic life of the state, making a purely military resolution to the conflict impossible. The intractability of the conflict was based on a deeply rooted sense of distrust between the contending parties, resulting from decades of hostility and failed attempts at finding a peaceful solution. Despite this history, the FARC and the government of Colombia were able to negotiate a peaceful resolution to the conflict in 2016.  Central to this negotiated resolution was the ability to dismantle the distrust that characterised the relationship as a precursor to building a sustainable agreement.

Resolution of social conflict is a complex and multifaceted process, seeking ways to identify and build on constructive dialogue, leading to positive sum outcomes. The failure of past negotiations can cast a shadow, as actors involved will be wary in seeking to avoid such an outcome happening again, given the significant costs of failure. In order to guard against such failures, conflict resolution relies on the development of structures that can bind actors to agreed courses and shared goals. In the case of the Colombian negotiations, this was embodied in the formulation ‘nothing is agreed until everything is agreed’. Successful structures and agreements rest on the hope and expectation that promises will be kept as the path to peace is mapped out. Additionally, the social nature of conflict resolution is reflected in the way outside actors, such as independent brokers, are used to encourage and cajole participants to abide by what has been agreed. The conflict-affected community can also be included in the resolution of protracted social conflicts, to provide support and legitimacy for what has been agreed, increasing the likelihood of adherence. Taken together these mechanisms support the building of trust between the contending parties necessary to enable a sustainable resolution.

Trust sits at the core of the negotiation process and a level of pragmatic trust must be achieved between conflicting parties to ensure success. At its core, trust is a social exercise that creates the conditions that enable actors to suspend concern over failed expectations. In Colombia, repeated efforts at peace had failed, as both parties reneged on the terms, making it difficult to see a negotiated solution as a viable option.  Persistent conflict of this sort is grounded in the inability of the parties to see their opponents as credible partners, as repeated failures lead to distrust creating a ‘pervasive negative lens through which others are perceived’ (Bijlsma-Frankema et al. (2015, p. 1020)). Rather than simply representing the absence of trust, distrust is an active process that is reinforced over time through repeated interactions, confirming negative expectations. Therefore, distrust serves as a protection mechanism, simplifying the social world and pre-empting harm by removing the potential costs of failure. Strong trust does exist within the conflicting groups, as their shared experiences of harm and uncertainty bind participants together. In Colombia, the covert nature of the FARC required a high degree of trust among members to coordinate and guard against infiltration or attack from the state and paramilitary groups. In such a context, entrenched attitudes of distrust must be undone before trust between the conflicting parties can be built.

Overcoming distrust is a necessary first step in moving towards the agreement of shared goals and the construction of lasting trust. In the case of protracted social conflict, there is a delicate balance, as strong within-group bonds must be loosened and replaced by more generalised social trust towards others. The complication is that loosening internal bonds may lead to resistance, as elite actors responsible for negotiation may no longer be able to bring their followers with them. The FARC demanded compromises from its members, leading to factions breaking away, reflecting the fact that conflicting parties are not homogenous and some elements may see benefits in breaking with the line from above. This requires a focus on establishing contractual controls in order to overcome a reliance on non-calculative judgements to establish certainty and predictability of outcomes (Lumineau, 2017). The strength of the mechanisms developed was reflected in the fact that the talks did not break down, despite killings of guerillas, activists and soldiers that took place during the negotiations. The costs of breaching had become too high, binding the parties to the agreed outcome.

The success of the negotiated peace in the Colombian case was demonstrated by the reaction to the referendum that was held to ratify the agreement. Answering the question ‘Do you support the final agreement to end the conflict and build a stable and lasting peace?’ 50.2% voted in opposition (on 38% turnout). Despite this set back, the parties to the agreement restated their commitment to following it through, reinforcing the move from a position of distrust to one of trust, supported by formal mechanisms for enforcement. The Colombian peace process demonstrates the challenges posed by pervasive distrust in social conflict and how such attitudes need to be dismantled before meaningful trust and agreements can be built. It also highlights the strength of commitment that can result where this is done carefully, even in the face of challenges.

Thomas O’Brien is a Lecturer in the Department of Sociology, University of York. His research focuses on environmental sociology, democratisation, leadership and social movements. Recent work has been published in British Journal of Sociology, Journal of Contemporary European Studies, Urban Geography. @TomOB_NZ t.obrien@york.ac.uk

Anastasia Filippidou is a Lecturer in the Cranfield Forensics Institute, Cranfield University. Her research focuses on issues of conflict resolution and counterterrorism. Recent work has been published in Nationalities Papers, Security Journal, Terrorism and Political Violence. a.filippidou@cranfield.ac.uk