The economic and distributional impacts of affordable housing 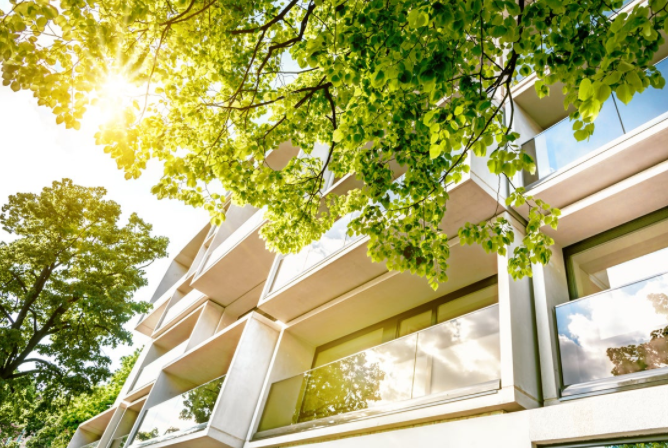 A new report on limited-profit housing associations in Austria quantifies the economic impacts of affordable housing in terms of household budgets, economic output, and state expenditure. This article summarises the key findings from this report and draws conclusions on the links between housing and economic inequality.

Limited-Profit Housing Associations (LPHA) in Austria occupy a distinctive Third Sector role in Austria’s housing market, being neither profit-driven nor state-dependent. LPHA provide homes for rent for 17% of all households in Austria, with an even higher share in urban areas, where renting is the most common tenure. The target group of LPHA are low- and middle-income households. A key feature lies in their rent-setting mechanism, which is cost-based. Cost-based means that LPHA are only allowed to pass on the actual costs incurred for financing, building, and maintaining a building– not more but also not less. Surpluses are possible, but strictly limited and reinvested into the sector, hence the descriptive term “limited-profit”.

The report lists various factors that explain the price difference between for-profit and limited-profit housing providers. While there are some legal and financial factors enabling LPHA to offer homes at a lower price than for-profit providers (e.g. preferential access to low-interest public loans and public land, exemption from corporation tax) the report clearly states that today the main reason for lower prices in the LPHA are linked to the LPHA business model and in particular to the cost-based pricing of rents instead of (higher) market rents. In other words, the main reason why rents in newly built LPHA homes are cheaper than rents in the private sector is the absence of the profit-surcharge. Any surpluses of LPHA are instead continuously reinvested in the sector (revolving fund). Given the rapidly rising costs of market-based prices in recent years, the gap between for-profit and limited-profit rents has grown. While in 2006 average limited-profit rents (per square metre) were 14% below for-profit rents, the gap has widened to 22% in 2019. For individual households this translates into monthly rents of about 160 Euros below market-rents (or around 1.920 Euros per year).

Figure 1. Gross rent per square metre in the limited-profit and the for-profit (private) sector by year, 2006 to 2019

The report calculates an estimate of the total savings by all households renting from a LPHA compared to the scenario that these households were paying private sector rents. In other words, the baseline scenario is that there is only market-based housing.If all 650,000 households currently renting from a LPHA had to pay private sector rents for the type and size of home they live in, the total additional rent would amount to 1.2bn Euros per year. Put differently, affordable rents provided by LPHA save (LPHA) tenants more than a billion Euros per year, money that makes not only a big difference to individual households but also to the wider economy.

Crucially, better affordability not only helps households but adds significantly to the wider economy. These effects include:

The report hence evidences that LPHA are a net-benefit to households, the economy, and the public purse. In a nutshell this can be described as follows: LPHA residents benefit from reduced housing costs, which in turn increases their purchasing power (after housing costs), which adds to GDP and reduces the need for housing allowances. The benefits to individual household budgets and to the public purse by far outweigh the public money invested in the first place.

Housing provided by limited-profit housing associations has however also distributional impacts on society. The direct economic benefits of limited-profit housing are disproportionately felt by low- to middle-income households, reflecting the overrepresentation of these groups renting from a LPHA. This is not surprising and true for most social housing systems. There is however another element pertaining to the link between affordable housing and inequality, which concerns the extractive nature of for-profit housing. As Adkins et al. (2020) have shown, housing markets no longer merely reflect economic inequalities but produce them. The housing market has become a “motor of inequality”, with higher income households benefitting disproportionately from property inflation or rental incomes. For the context of Austria, the WIFO report has shown that more than 50% of all private rental incomes in Austria go towards the top income quintile.

Limited-profit (or non-profit) housing prevents some of these shifts in the distribution of income and wealth towards the top, mainly in two ways. First, the long-term, mission-oriented business model of LPHA is non-extractive and instead based on the idea of revolving capital investment. Any surpluses generated as part of their economic activity is not paid out to owners or shareholders but reinvested for the benefit of existing residents and of future generations, as set out in the limited-profit housing act. Second, cost-based rents of LPHA provide a market signal as to the “real cost” of housing and have a dampening effect on prices in the for-profit market, which is particularly true in areas with a higher share of homes provided by LPHA. Both factors curtail the upward distribution of (rental) incomes and hence help reduce housing inequalities. As such, the study not only evidences the economic benefits of affordable housing but also its effects on social equity.

An English summary of the WIFOI report is available at: