Who Needs the Boys?: On How Women’s Colleges Still Matter 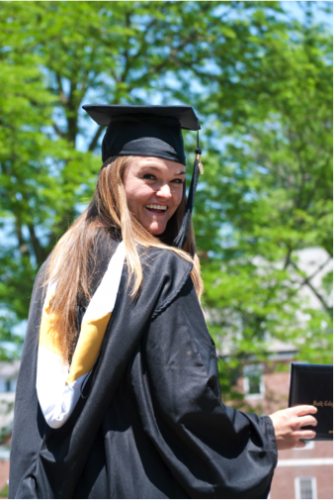 As I received the invitation to join the Sociology Lens team as a News Editor, I spent a great deal of time reading archived articles, debating what could I possibly contribute to the discipline. As I came across Heidi Rademacher’s piece “Why We Definitely Need Feminism,” I realized that my experiences, research interests and questions I ask time and time again are relevant to a larger body of timely literature and understanding about women, gender, sexuality, feminism, education, human rights, and equality. In support of Heidi’s argument, we need feminism because it helps both men and women become fully human.

Just like we still need feminism today, we still need women’s colleges. In fact, the two are inseparable. Having attended one of the historic Seven Sisters and one of the remaining 52 women’s colleges (including coordinate colleges, 47 without) in the US, and now attending a large, southern co-ed land grant university with a large military presence and only 41.6% female enrollment, I am a strong advocate for single-sex education. I single handedly have experienced the positive pro-woman environment that these schools and classes can have, where every leadership position and every award is always given to a woman. But, I also know that personal anecdotes are not enough.

Historically speaking, women’s colleges were created to give women access to education that was denied to them by established patriarchal institutions. Even though women today have access to education at almost all higher educational institutions, and more women attend college than men (though both numbers are still increasing, just at different rates despite recent arguments about the “boy crises”), there remains large gaps between men and women in access to equal pay, healthcare, higher-ranking and prestigious jobs, safe workplace environments, and so many other things. Single-sex institutions, however, continue to fight these inequalities, all of which are feminist issues.

While more students attend coeducational institutions, equal access to higher education does not guarantee equal opportunities. In coeducation, men and women must compete for the same opportunities and roles, creating a “chilly campus climate” where students work against each other, and systematic inequalities favoring men prevail (Tidball et al. 1999:58-59; see also Scott 1988).

If coeducation does not serve the needs of women, why do women choose to attend coeducational institutions? Miller-Bernal (2006:8) explains, “Given the sexism of society at large, anything male tends to be defined as superior to anything female.” Therefore historically men’s institutions have been perceived as superior to women’s institutions. By opening access to these institutions to a new market—women—coeducational and previously men’s colleges could increase enrollments and, subsequently, profits by admitting women, while offering lower tution rates than private, single-sex institutions (Miller-Bernal 2006, Tidball et al. 1999). By increasing access, but not necessarily quality, coeducation became the dominant education model. Single-sex institutions, due to financial pressures, continuously close or began admitting opposite sexed students (from 200 in the 1970s to 47 today).

Despite this shift favoring coeducation, however, research has continuously demonstrated benefits to students at single-sex institutions during and after attendance (Kinzie et al. 2007, Miller-Bernal 2006, Mitchell and Stewart 2013, Tidball et al. 1999). Women at women’s colleges exhibit greater gains in cognitive areas (intellectual development, involvement, academic self-confidence, and academic ability), non-cognitive areas (self-esteem, confidence, leadership development), and overall satisfaction. The numbers are even more shocking out of college: while only 2% of women attend single-sex institutions, 33% of women board members of Fortune 1000 companies, 30% of Business Week’s list of rising stars in corporate America, and 20% of female Congress members attended women’s colleges. Nearly half of women’s college graduates hold traditionally male-dominated jobs, 81% have worked towards advanced degrees, and are twice as likely to earn a PhD. Women’s college graduates earn on average $8,000 more annually than women who attend coeducational institutions. With numbers like that, the women’s college environment must be doing something right for women.

Critics of these findings argue that the students attending single-sex institutions demographically differ from those attending coeducational institutions causing a selectivity bias. That is, students who are predisposed to succeed after college are more likely to attend private, selective, and single-sex schools. This argument is identical to the one used to exclude women from formal education in the first place; inherent differences between men and women predetermine their academic, intellectual, and occupational outcomes. Recent research responds to this by holding institutional selectivity, size, price, and student characteristics statistically constant, making the institutions identical except for the outcomes of interest including GPA, cognitive gains, job placement, income, and satisfaction. Any differences between productivity result because of how the institution approaches its student population (Tidball et al. 1999).

So, what is the point? The point is that women’s colleges still matter. The point is that we need to reconsider how coeducation works (or does not) and how we are teaching our students (or not). The point is that education, in no way, is equal or has “flipped” in favor of women. Just like we need feminism today, we need women’s colleges to continue the fight towards equality. Just Google “why women’s colleges are still relevant” and you’ll see countless statistics and facts arguing that women’s college graduates are succeeding at higher rates than their peers because women-for-women environments work. Women-for-women environments challenge the patriarchal, heterosexist, misogynistic system. To challenge the hegemonic, we need to reconsider how equal access is not equivalent to equal opportunity and outcome- a classic lesson we’ve learned over the past couple decades.

Miller-Bernal, Leslie. 2006. “Introduction: Changes in the Status and Functions of Women’s Colleges over Time ” Pp. 1-20 in Challenged by Coeducation: Women’s Colleges since the 1960s, edited by L. Miller-Bernal and S. L. Poulson. Nashville: Vanderbilt University Press.