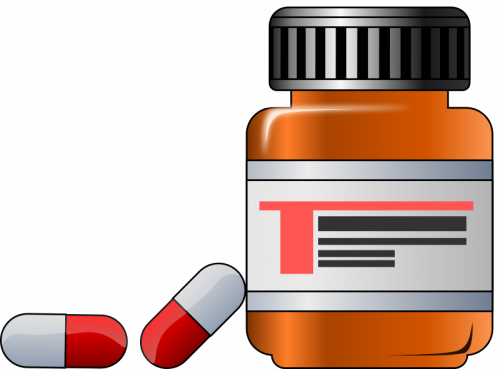 The 2006 Online Health Search, a US survey by the Pew Internet & American Life Project, showed that “prescription or over-the-counter drugs” was the fifth most widely searched health topic on the Web.  The most recent study, conducted by the Pew Project in September 2012, found that 72% of Internet users they surveyed say they looked online for health information within the past year. As well as providing knowledge, the Web is also a retail opportunity which allows the buying of medicinal products online. Even if obtaining medicine was not the original intention when visiting the Web, it provides the setting for advertising – including direct marketing such as pop ups. These may enable opportunist impulse buying whereby people do not realise that they are indulging in anything untoward. The issue is further complicated where the medicine is regulated and specified as prescription-only. Although it is not illegal to purchase prescription only medicine rather than obtaining it from a health care professional, using a web supplier exposes the consumer to a plethora of criminal behaviour and health risks. The Web offers no guarantee on the quality and effectiveness of medicines supplied with no legal recourse available, especially if the product was obtained from an unregulated site. SPAM emails that bypass the healthcare system by advertising prescription-only medicines further risks people’s health by encouraging self-diagnosis and self-medication. These also carry the risk of credit card fraud and PC viruses which could be associated with larger criminal associations and organisations.

Beck (1992) has purported that the increased propensity to conceptualise problems in terms of risk has been accompanied by shifts in both the role of the expert and the form and communication of their expert product. While the paternalism of the expert remains an important ‘definer’ (Beck 1992:29) of risks, significantly in terms of where they can be discovered and how they are best avoided, this role has supposedly undergone momentous changes. Beck alleges that expertise has both been ‘demonopolised’ (Beck, 1992:29) and ‘democratised’ (Beck, 1992:191).

In a society where risk is increasingly the justifiable basis for policy decisions, experts are relied on to both identify the causes of risks and intervene in the generation of risks to prevent their reoccurrence. Topical risks such as speeding or the use of mobile phones whilst driving, the relative riskiness of legal versus illegal drugs, and the effects and control of smoking in public places, are increasingly conceptualised as societal risk issues by the authorities.  But, more importantly, they are also issues which are of particular interest to the public who are perceived as both the victim at risk and the problematic cause of the risk in such instances. The Web plays in instrumental role in enabling behaviour that on the one hand empowers individuals, but on the other increases their vulnerability and exposure to risky and unauthorised practices. The Web is seemingly implementing a shift towards a more libertarian model of healthcare, with the empowered patient/ consumer able to manage their health choices online.

The advent of online pharmacies and health related information and purchasing online puts individuals in the position of a customer in the market place, able to make choices among the products marketed to them by commercial firms, rather than a patient subject to the authoritative guidance of professionals. The exercise of consumer choice and the need for the purchaser to take more responsibility to verify that the medicines available are what they claim to be is highly significant in relation to the Web. In some cases consumers are making decisions without consulting health professionals. There is conflict between the value of individuals being able to pursue their own interests and the values of efforts by the state to reduce harm, use public resources fairly and efficiently, and social solidarity.

The issue of obtaining medicine using unorthodox means pre dates the Web. Previously people went abroad or conducted ‘shady’/ ‘underground’ deals, comparable with the obtaining of illegal drugs (Seddon, 2009). Such behaviour is socially unacceptable and punishable by law; however the Web omits the threat of sanction and allows denial. The risks of being caught are less though the law does not discriminate with its punishment for illegal activity. People can indulge in behaviour that they would not necessarily participate in offline, or in front of various audiences, creating a dichotomy of different behavioural presentations (Goffman, 1959) in the spaces of the Web. If a medicine that was available via prescription has been withdrawn it is no longer accessible in that country. However the Web has increased accessibility, its global reach means medicines are available in some jurisdictions and not in others; affording any person anywhere to procure them. What is legitimately available is constantly shifting and the Web does not always reflect this, allowing sales to be conducted outside authorised forms of supply.

In providing a ‘safe’ opportunity to purchase medicine the Web appears to remove or bypass some of the threats and sanctions normally associated with illegal drug purchasing, though the reality is that the risks have not been reduced but are simply more clandestine. New sociological and methodological approaches must be considered in trying to understand these emerging digital behaviours.