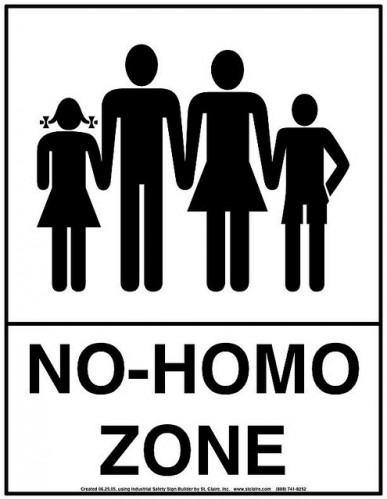 In 2007, Sue introduced the idea of microaggressions- small remarks or statements that carry harmful, derogatory, and/ or discriminatory implications against a group of individuals based on their identity, whether or not those implications are intended or not. Initially this concept was utilized to understand racial microaggressions, but in 2011 Kevin Nadal applied the microaggression framework to sexual orientation. While the concept of microaggressions first appeared in the counseling field, social scientists have begun to utilize this concept to understand the new, more subtle forms of oppression towards people of color, non-heterosexual identified individuals, women and gender non-conformants, among others. What is most important in their analysis, yet often only mentioned in passing, if at all, is the reasoning behind these microaggressions: hegemonic power.

According to Nadal et al. (2011; see also Nadal 2013) LGB microaggressions fit into nine categories: use of heterosexist terminology, endorsement of heteronormative culture and behaviors, assumption of universal LGBT experience, exoticization, discomfort or disapproval of the LGB experience, denial of societal heterosexism, assumption of sexual pathology or abnormality, denial of individual heterosexism, and threatening physical behaviors (see this video or this video for some examples). The endorsement of heteronormative culture and behaviors– either through overlooking diverse experiences or enforcing compulsory heterosexuality as the natural sexuality– serves as a microaggression. For example, through its performative construction, heteronormativity and heterosexuality are unmarked and unquestioned as the norm and original sexuality. By assuming that all people are naturally heterosexual, they are both endorsing heteronormativity while also negating the experience of LGB individuals. In addition, by scripting normative sexual identities in which individuals must fit, the assumption of a universal LGB experience also is a microaggression that negates and rejects any variation or threat outside of the norm (assumption of sexual abnormality). Further, the structures, policies, and practices of homonormative/heteronormative institutions, organizations, and systems can be microaggressive in nature, reproducing LGB individuals as a subordinated group, as they are structured with intentional and unintentional hostility and regulatory norms that police LGB individuals to fit within the pre-defined norms of heteronormativity (Nadal et al. 2011).

Nadal (2013) emphasizes that for individuals, sometimes just the mere feeling that they are unable to disclose their sexual orientation or identity because of a presumed unsafe environment, but not necessarily because of any specific heterosexist event targeted towards them, creates an microaggressive environment that is not inclusive of all individuals. In other words, the daily interactions and microaggressions that are experienced, presumed to be experienced, as well as institutional policies all interact to construct a politics of belonging and exclusion.

So why, if we know about these microaggressions, are they still happening? The answer that no one ever explicitly says is hegemonic power. I believe that homonormativity especially serves as a possible framework for understanding the power dynamics of microaggressions, because as we seemingly “accept” certain sexual practices, we still limit them within the bound norms of heteronormativity.Within the heteronormative/homonormative world, deviancy from the norm is not only devalued, but is consistency regulated and controlled. In other words, individuals who are non-heterosexual are continuously put into their “rightful” place in the sexual hierarchy through not only physical oppression, but also the smaller, everyday “cuts”–as Nadal calls them– that accumulate overtime. So yes, while the emotional and psychological consequences of sexual microaggressions are very real and serious, so is the pervasiveness of the inequality and hierarchy of various sexualities and sexual practices. Additionally, as certain rights are extended to the LGBT community, we begin to think that we are a “post-sexist” society, where everyone is equal regardless of sexuality, yet these slight, ingrained, backhanded comments, however unintentional, still serve to put non-heterosexuality in its place.