How not to talk about Gender and Education – Is the 'Boys Crisis' in Education a Reality? 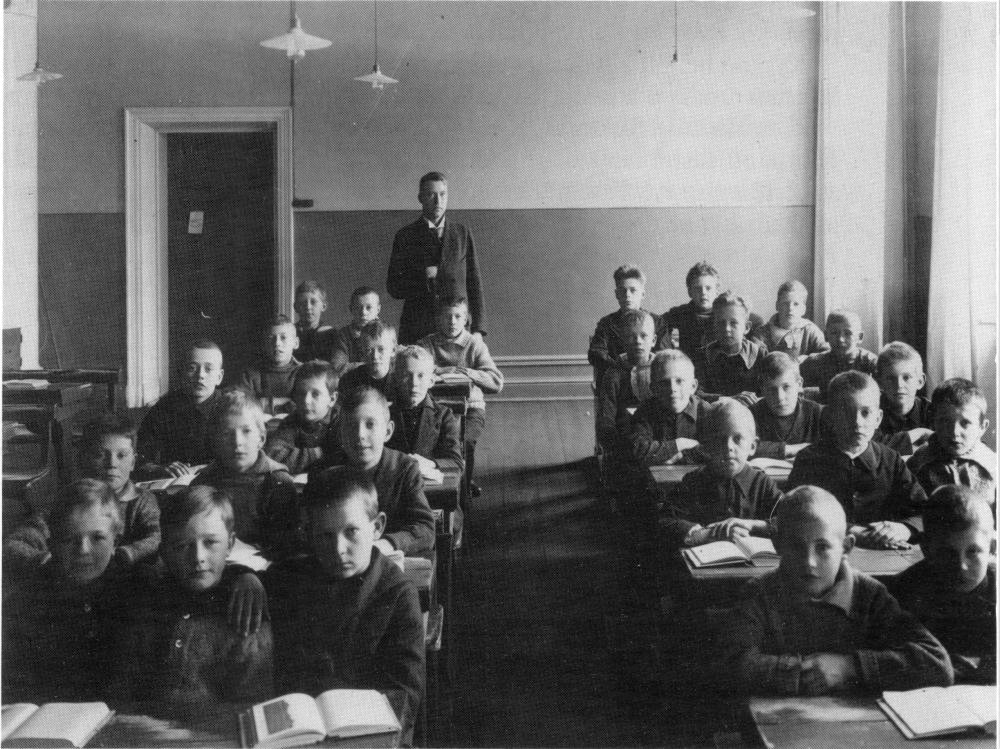 By Unknown, not credited [Public domain], via Wikimedia Commons.

In her latest piece for the Atlantic, Christina Hoff Sommers – author of “The War against Boys” – continues to make the case that boys are losing out in education, are being disadvantaged by schools that supposedly cater exclusively to girls and are thus in need of remedial help in order to catch up to girls educationally. Arguments like hers are still going strong in public discourse, although a vast amount of research has shown the situation to be much more complicated than she makes it sound. Instead of falling back to anti-feminist and gender-reinforcing ‘solutions’ – such as those proposed by Christina Hoff Sommers and others – an intersectional feminist analysis of gender and education is much more useful in accounting for the inequities in educational outcomes between different groups of students.

Hoff Sommers’ central assumption about boys and education is that all boys are doing poorly compared to girls (and possibly worse than ever):

“Boys in all ethnic groups and social classes are far less likely than their sisters to feel connected to school, to earn good grades, or to have high academic aspirations.”

However, the data on gender and education actually paints a very different picture. We are not dealing with an increasing number of boys staying away from higher education. Actually, quite the opposite is the case: Both men and women today enroll in universities at historically high numbers in the US, making boys more likely to attend and graduate from university than thirty years ago, as percentages of both males and females attending university as a proportion of the population have continued to grow over the past few decades. What we are seeing then, is not a decline in male educational attainment but an increase – although, admittedly, a smaller increase compared to that of female students who are enrolling in university at unparalleled numbers.

Additionally, Hoff Sommers’ claim that boys as a group – across racial and class boundaries – are falling behind by wide margins is not substantiated by the data either. True, there is a gender gap for all of these groups, but the magnitude of the respective gaps is what really makes the difference:

In other words, race and class arguably matter far more than gender when it comes to educational achievement, and it is simply misleading when commentators like Hoff Sommers suggest that all boys are suffering in schools today. Rather than treating boys as a disadvantaged group, socioeconomic status must be brought into the picture:

Granted, this more holistic and intersectional approach to differences in educational achievement, does not yet explain why there is a gender gap between (some groups of) girls and boys, of course. Hoff Sommers’ explanation is one of inherent distinctiveness between the genders, as she argues that “we must acknowledge the fact that boys and girls are different“ and then goes on to propose that pedagogies should take these differences into account. However, this essentialist response to gender inequalities is, of course, unable to account for the vast diversity in interest, motivation, talents and preferences within each gender category, and as such is nothing more than a reaffirmation of gender stereotypes that proposes teaching to those stereotypes as the solution.

A far more adequate explanation of why (some) boys are doing worse compared to (some) girls, especially at the tail end of educational achievement, can be had by drawing on research from the fields of feminist education studies and masculinity studies: Scholars have argued that it is the specific constructions of masculinity that boys aspire to that end up interfering with their motivation for and engagement in education. If some boys are unable to establish and proof their masculinity by being at the very top academically, they may more quickly than girls resort to alternative expressions of masculinity (emphasizing ‘coolness’, becoming the class clown, openly defying teachers) that harm their educational prospects in the long run. Moreover, the connotations of reading and studying as culturally female activities further contribute to some boys’ aversion toward schooling; this, of course, is especially salient for students from economically disadvantaged households and communities where educational engagement might directly clash with dominant constructions of working-class masculinity.

Acknowledging the interplay of race and class with our narrow conception of masculinity, as well as seriously investing in the US public education system would likely be a far more adequate response to questions of equity in education, than Hoff Sommers’ decrying of an imagined feminist conspiracy to ignore boys and her call for more vocational training for young men – which not only caters to existing gender stereotypes but also ends up proposing to prepare men for industrial jobs that might well have been exported to the global south by the time these young men complete their high school education.

Connel, RW. 2000. The Men and the Boys. Berkeley/ LA: University of California Press.

Kimmel, Michael. 2010. Boys and School. A Background Paper on the ‘Boy Crisis’. Stockholm.