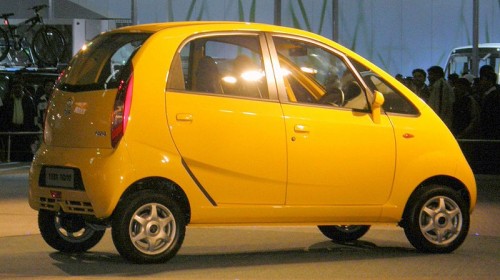 In the last decade of the 20th century, development thinking shifted from a growth oriented model to the concept of human development as a process of enhancing human capabilities. This paradigmatic shift, articulated in the writings of Amartya Sen, moves beyond growth of income and captures the quality of growth in terms of social and human development and the meaningful participation of, and fair distribution of benefits for all concerned. The United Nations took up this approach with the Human Development Reports of the United Nations Development Programme (UNDP) (Sengupta 2002, Saloman and Sengupta 2003) and, after a long process of campaigning, the United Nations in 1986 adopted the Declaration on the Right to Development. This was reaffirmed at the Second UN World Conference on Human Rights in 1993, in the Vienna Declaration which designated the “right to development… as a universal and inalienable right and an integral part of fundamental human rights.” Despite the modernization theory and economic growth being discarded as the pathway to development the ‘development as freedom’ concept is yet to be seen in practice. The case of the land acquisition in Singur, West Bengal, India, brings out how the western model of development is still used to justify the oppression meted out to disadvantaged sections of the population.

The state government of West Bengal used the 1894 land acquisition act to take over 997 acres of farmland and have TATA Motors Limited (TML) build its factory for the production of cheap cars (Tata Nano) in 2006. The site given to Tata Motors is the most fertile one in the whole of the Singur block, and the Singur block, in turn, is among the most highly fertile in West Bengal. Consequently, almost the entire local population depends on agriculture. The first visit of the representatives of the Tata group to Singur to inspect the lands proposed to be acquired was said to have led to ugly scenes when the local people tried to obstruct them and demonstrated their resentment and anger. Farmers also committed suicide. The state government, however, continued with its plan of establishing the TATA factory by trying to push arguments that the factory would lead to ‘development’ of the area. They used the rhetoric that the establishment of an industry in an area means development. This was the beginning of the violation of the Right to Development and a violation of these people’s political rights. There was no participation of the community in the decisions and execution of this project. Their opinion was not taken into consideration by the state. Sure, the government offered compensation and campaigned that the factory would create innumerable jobs in which the local people would be recruited. But these promises were flawed.

According to the chief minister, about 2,700 workers would be directly engaged at the Nano plant and the auxiliary units, but indirect employment would be much larger with both types of workers numbering 16,000-17,000. What the government did not state but was realized by all is that production workers in most modern factories are generally skilled ones and it was doubtful that the main factory would engage a large number of locals. The skilled workforce would be recruited from other areas, either from Kolkata, the state capital, or from other states. The vast majority of the indirect jobs would typically be canteens or small shops and the like and so would have a low pay. The government did not in any way try to create a sustainable model around which the dispossessed farmers could earn their livelihood. The TATAs claimed that they will be trained and recruited as daily workers, but this was not backed by any document guaranteeing such an understanding (Chandra 2008).

Further, for these farmers, farming in these lands was what they had been doing for generations and was part of their identity. They did not want to do anything else. But the choice the government was giving them was either to opt for other kinds of work or unemployment. The government in this way was violating their economic rights by curbing their freedom to choose their work. The land was their source of survival. By taking that away, the state was denying these farmers their social rights as well. The Singur land acquisition incident is a perfect example of how the political, social and economic rights of people were violated simultaneously.

Despite several attempts by the government to curtail protests, the movement against the land acquisition and the government atrocities (including rape and murder) did not wane. The disapproval from the civil society and famous intellectuals and the action of the locals prevented the Tata Motors from completing their work. The Tatas finally decided to move out of Singur on 3 October 2008. The then CEO, Ratan Tata, announced that they would set up the factory in another state, Gujarat.  The then opposition, Trinamul Congress, was instrumental in mobilizing the masses against the Singur incident. The party had a sweeping win in the state assembly elections in 2011. As promised by their election campaigns, the government headed by Mamata Banerjee passed the Singur Land Rehabilitation and Development Act, 2011 which would enable the government in public interest to take back possession of the land and return it to the unwilling owners who did not accept any compensation. The Tatas contested this Act claiming that the land had been given to them on lease and that it should still hold. The court observed that the President’s assent (which is required before passing an Act) had not been taken and hence it was void and unconstitutional. The implementation of the order was, however, stayed for two months by the Division Bench of the High Court to allow the aggrieved party to file an appeal in the Supreme Court. Mamata Banerjee has now appealed to the Supreme Court. The Supreme Court hearing has been postponed several times and has now been scheduled to February 2014. In the meantime, the farmers are living without their land for over seven years now. Their faith on the Trinamul Congress which developed during the movement is also falling apart. The farmers who did not take compensation still have their lands within the abandoned Tata factory.

From this incident we see how the state perpetuates oppression and tries to facilitate economic growth, claiming it to be development, by depriving and rendering helpless a major section of its own people. Bringing back the writings of Amartya Sen, we must realize, spread and work towards the main purpose of development which is to spread freedom and its ‘thousand charms’ to the ‘unfree’ citizens. Development consists of the removal of various types of ‘unfreedoms’ that leave people with little choice and little opportunity of exercising their reasoned agency. Freedom is at once the ultimate goal of social and economic arrangements and the most efficient means of realizing general welfare. As framed by Sen, the question we need to ask is “What is the relation between our collective economic wealth and our individual ability to live as we would like?”

Armaline W. T., Glasberg D.S., Purkayastha B., 2011. Human Rights In Our Own Backyard:Injustice and Resistance in the United States.(http://www.amazon.com/Human-Rights-Our-Own-Backyard/dp/0812243609/ref=pd_sxp_f_pt)

Salomon S.E., Sengupta A., 2003. The Right to Development: Obligations of States and the Rights of Minorities and Indigenous Peoples. Minority Rights Group International. (www.minorityrights.org/download.php?id=73)

United Nations Human Rights. The Right to Development at a Glance. Retrieved Sept 17, 2013 from (http://www.un.org/en/events/righttodevelopment/pdf/rtd_at_a_glance.pdf)