25 Years of Gender, Work and Organisation- ‘Embodying the political resistance we live’ 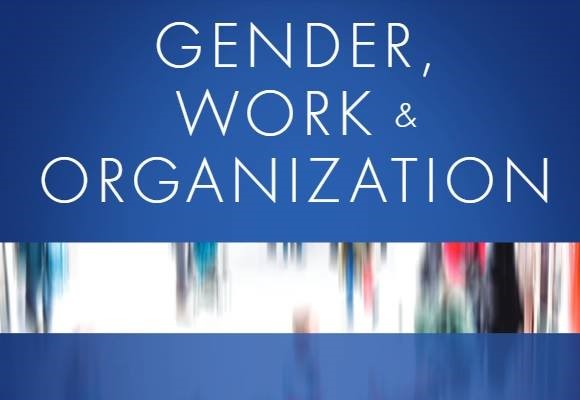 At the start of Gender, Work and Organization’s 25th Anniversary year, we reflected on the journal’s trajectory and outlined an editorial direction for the journal (Pullen, Lewis and Ozkazanc-Pan, 2019). Ending this year, we ask ourselves what a journal focusing on critical approaches to gender requires in the current socio-political climate? It is tempting to revisit our contributions to the journal and outline what we might like to see submitted in the future; we might like to cross-reference developments in other journals on their inclusion of gender and feminist research; and we could make some lofty assessments regarding the terrain where we see Gender, Work and Organization entering. Instead, as we mark this 25th year, which has seen the Gender, Work and Organization community develop new and exciting projects, we pause to reflect on how Gender, Work and Organization would appear if we only saw the journal as a product of academic research. It is likely that, as editors, we would recount our submissions, rejection rate, acceptance rate, time in review, time to publication, ranking order on some international journal rankings list which governs quality and so on. We could also call for innovative research that would off-set the repetitive trends within gender research. But we prefer to ask: what can Gender, Work and Organization be if we consider the journal and its community an activist space which reflects the efforts of scholars outside the traditional criteria of academic research? At the same time, we should also question whether this approach limits our “market”? How can Gender, Work and Organization compete with journals that have a broader and more mainstream research base, and who finally recognise the value, perhaps driven by market concerns or reputational optics, of including feminist research in their pages?

Closing 2019, we witness ignorance and machismo emerge everywhere, from government to university, as a set of values driving policy whose effects include threats to the most vulnerable, increasing unemployment and homelessness, increasing levels of violence to women, and less infrastructure and funding for prevention of violence. In many parts of the world, violence towards women, transwomen and LGBTQIA+ people is at epidemic levels. Far right governments normalising such violence and organising against violence requires persistence, courage and visibility. In Australia the liberal government has stopped funding the National Family Violence Prevention and Legal Services Forum, the only national peak body for Aboriginal and Torres Strait Islander people experiencing family violence. In the United States, the slippery slope of undemocratic and unconstitutional detainments of immigrants and the rolling back of transgender rights is just the starting point of a full assault on vulnerable communities. Globally, threats to education and freedom of speech, including the closure of gender departments, and censorship around what gender researchers can write and speak prevails. Our role as editors thus involves asking central questions such as: what tools do we have to change the world in which we live? What relationships/alliances do we need to mobilise resistance during times of conflict? What persistent inequalities continue and how can our academic work, practice, policy and activism challenge this? How can Gender, Work and Organization be a feminist space recognising geographical, gendered and raced differences? How does gendered analysis assist in uncovering oppressive structures of colonisation and patriarchy that suffocate? We remember the women killed by gun in an anti-feminist attack at École Polytechnique, Montreal in 1989 and which serves as a timely reminder of risks to feminists resisting misogyny and women’s struggle for equality. Structural change is required from the state, the police, and our universities and workplaces. Yet often, these spaces are not feminist-friendly and thus require us to organize and protest in other ways.

To this end, meeting as a community of feminist scholars/activists matter. In 2019, members of our community came together during two organised workshops. Susan Meriläinen and Janne Tienari convened the Writing Differently workshop in Helsinki to explore the importance of writing as a means to disrupt academic conventions that reinforce phallocentricism. During the workshop, we came to together to write collectively, perhaps an act of resistance in itself (Ahonen, Blomberg, Doerr, Einola, Elkina, Gao, Hambleton, Helin, Huopalainen, Johanssen, Johansson, Jääskeläinen, Kaasila-Pakanen, Kivinen, Mandalaki, Merilainen, Pullen, Salmela, Satama, Tienari, Wickström and Zhang, unpublished). Working together collectively demonstrated the ability to work across division and difference, whether it is hierarchy, gender, class, race, and illustrates the continued importance of the representation of diverse voices in the pages of the journal, not just through organised events.

In November, Alice Oleto, Ana Silvia Rocha Ipiranga, João Paulo Resende de Lima, Liege Moraes, Maria José Tonelli, Rosa Ribeiro and Silvia Casa Nova organised the Gender, Work and Organization, South America workshop in Sao Paulo (https://www.even3.com.br/gwobr/). This energising workshop revealed the ways in which gender research in Brazil, as well as elsewhere in South America, whilst taking place on the streets and in classrooms, requires more frequent discussion. At the opening keynote panel, Maria José Tonelli shared the need to engage with the language of gender and feminism. Addressing the geo-political climate in which we understand debates around gender is essential for the survival of those people living lives whose existence is threatened by current ideologies. The continued struggles for Black women and the importance of social movements in activating change was called for by Renata Gonçalves (see also, Gonçalves (2017)), noting that Brazil was the last of the Americas to abolish slavery in 1888.

Political uprising against corrupt government and rising dictatorships, can be seen from Lebanon to Chile, to France and the USA. Argentinian Rita Segato (2016) reminds us that sexual violence is a political problem, not a moral one. Women continue to be at the forefront of the resistance against structural domination and oppression, risking their bodies, reputations, and freedoms to fight for rights and justice. Today, we witness how transnationally, feminists are coming together to protest sexual violence and persistent inequalities—engaging in transversal politics (Yuval Davis, 2006; Ozkazanc-Pan, 2018). The struggles of women are not equal across intersections of race, class and gender (Holvino, 2010; Pullen, et al., in press). Aboriginal feminist Aileen Moreton-Robinson (2000) reminds us that history is vital in understanding these interlocking oppressions, as colonisation affected and continues to affect Aboriginal women in Australia and in many other communities globally. Indigenous and transnational feminisms educate of the dangers of producing feminist monologues that perpetuate feminism as accessible for all. Reading history, race, gender and class through feminist writing is important for recognising the ways in which privilege and disadvantage is read and lived through local histories and knowledges. Organizing for social change is critical for reclaiming land rights and developing water policies. Indigenous women are at the forefront of organising differently at times of drastic climate change and yet, their work remains largely invisible in traditional academic spaces—it is time to change this.

Gender, Work and Organization needs to embody the political resistance we live. Writing is an important political act that assists with disrupting hegemonic structures and politics of domination. Sara Motta (2016) points to the need to organise differently and explains in a recent interview that ‘the logics and rationalities of patriarchical-capitalist-coloniality can insidiously and silently embed themselves in our radical practices, relationships and politics of knowledge’. Further, Motta continues that we need to ‘unlearn logics that we have internalised and the ways this becomes manifested in a fetishness of carelessness, the event, linearity, separation and alienated social practices, and authoritarian and abusive politics and epistemologies that so often underpin and are reproduced in revolutionary practices’.

This work won’t be easy but collectively we will do it. As Josiane Silvia De Oliveira eloquently summarised: ‘We are diverse, but we are not dispersed’ (panel discussion at Gender, Work and Organization, South America workshop).

Moreton-Robinson, A., (2000) Talkin’up to the white woman: Aboriginal women and feminism. Queensland: University of Queensland Press.

Ozkazanc-Pan, B., (2018) CSR as gendered neocoloniality in the Global South. Journal of Business Ethics, pp.1-14.