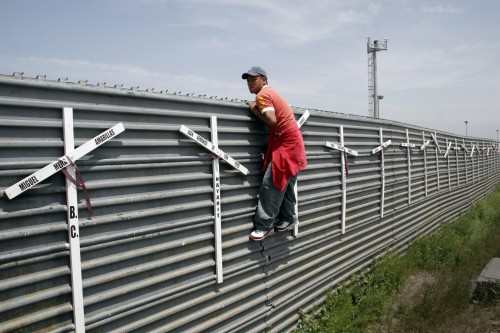 The concept of immigration reform, like welfare reform focuses on symptoms and not the causes.  Many of the policies involved in immigration reform are band-aids, temporary solutions rather than systemic alternatives.  The New York Times recently reported on the failure of the Obama Administration to introduce a comprehensive bill designed to target immigration generally and immigrants specifically (see article below).

According to sociologist and immigration activist Grace Change, such reform bills reproduce/overlook three themes.  First, the goal of ‘reform’ efforts is to continue to extract cheap labor to the benefit of the U.S. while minimizing the responsibility of the U.S. to the actual laborers.  Second, reform emphasizes the need to “Americanize” and assimilate (i.e. a form of cultural imperialism).  Finally, and perhaps most important, reform never addresses the policies and actions of First World countries such as the U.S. that have resulted in a “push-pull” wave of necessary immigration.  U.S. economic and military actions overseas as well as development policies are the root cause of much of the debt, poverty, and structural inequalities in many of the countries that account for a large percentage of immigrants.  (Disposable Domestics, Grace Chang, 2000)

In essence, immigration reform casts immigrants themselves as problems to be addressed, people who need to be assimilated or sent back to their native countries.  Comprehensive reform should take into account the responsibility of the U.S. in (partially) creating the conditions in which individuals must uproot their lives, leave behind their families, their children, risk dying, and work in underpaid and precarious industries.